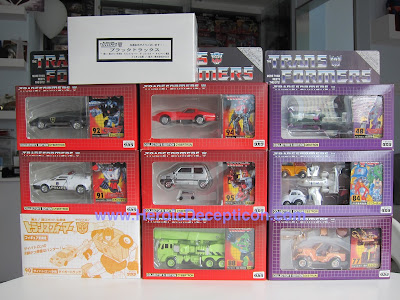 
This is Deepcover and Clampdown. Both are recolours of the Sideswipe mold (TFC#07). Deepcover is a homage / reissue to the black police Countach from the extremely rare Diaclone PCDX Giftset (and in a moment of shameless plugging, this is not to be mistaken with the Diaclone late production, perhaps only 1 in the world, black Countach); Clampdown is a homage / reissue of the diaclone police Countach. 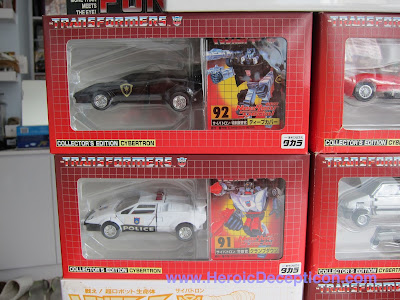 This is Road Rage, a Tracks recolour (TFC#4), homage to diaclone / MB red Tracks; and Crosscut (not sure what it is a homage to, I don't believe there is a diaclone Skids that comes in this colour). 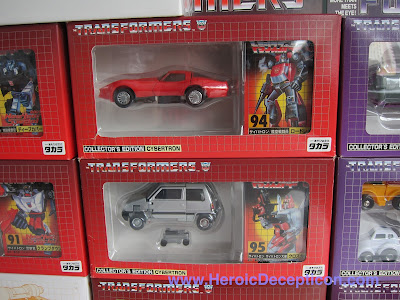 Here is a group shot.

Now that I look at them, wow, they do look magnificent. 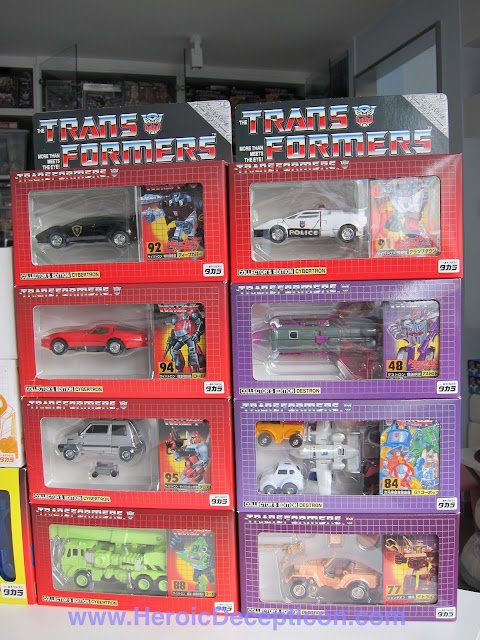 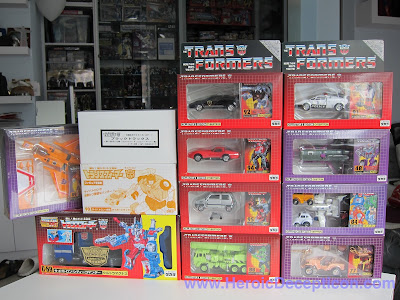 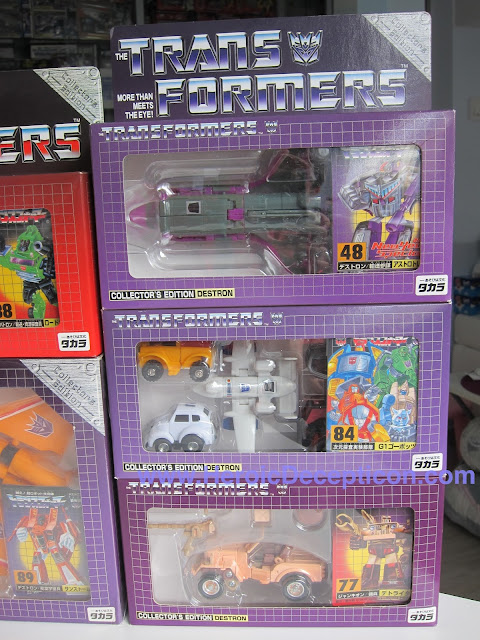 Then, there are the odd sets - Hauler and Sunstorm. At one point Sunstorm was very difficult to get and expensive thanks to Dreamwave's depiction of him. At its most expensive, Sunstorm alone was worth almost US$250. Then, Takara deigned to reissue him again and prices tanked... never to recover. 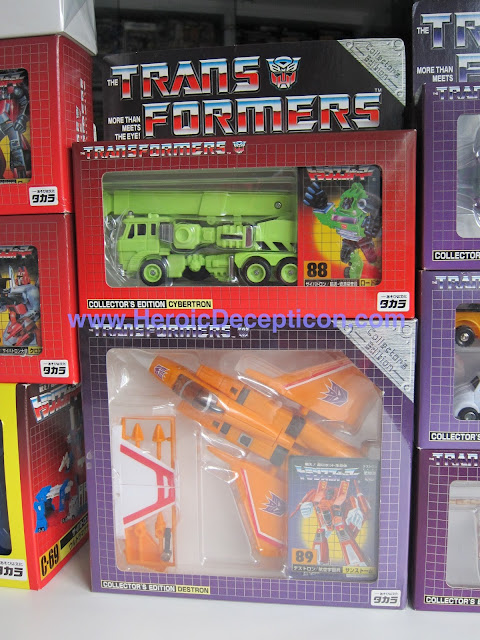 I end with another group shot of these eHobby exclusive reissues, which back in the day, I thought little of, but today, here and now, i think they look pretty awesome!

Oh, and since they are all MISB, I haven't actually played with them or examined them up close... yet. 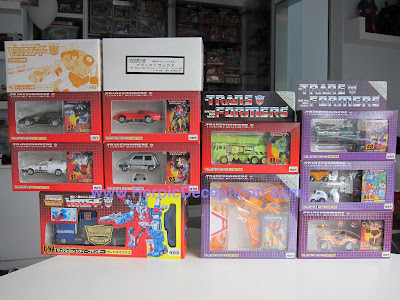 Posted by Heroic Decepticon at 22:57