After being tardy for almost 10 days, I finally found some time to pick up my Transformers United Wave 4 from my trusty seller at YMT. I swiped a number of other things while I was in the area too.

Picked up the following: 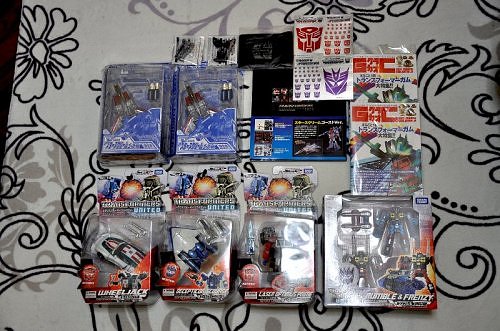 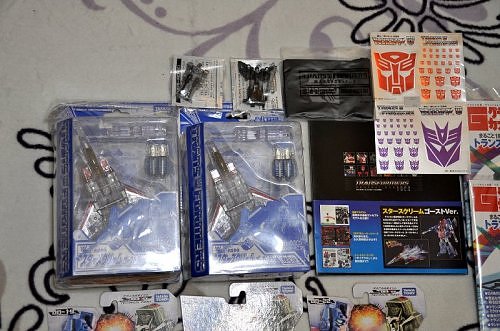 The spike in Transformers United Wave 4 prices came as no surprise to me. In fact, it's almost a certainty nowadays. The piece that increased the least in price is Laser Optimus Prime (approx HKD$200 from a RRP of HKD$170). United Scourge and Wheeljack are now around the HKD$250 to $280 region. Rumble and Frenzy is the piece that has seen the biggest jump in price since release - from a RRP of approximately HKD$270 to $300, it's now commanding prices of at least HKD$499 and in a few instances HKD$789! That is more than a 100% increase in the span of 10 days since release.

"This is not Sparta", but like the holy man said, "this is maddness!"

While at the shops, I managed to speak with a number of sellers who were connected with the manufacturers and factories in China (ie: the manufacturers of Transformers toys). I was told a few interesting things:


Here is a recap of what Transformers United Wave 1 consists of:
Personally, I'm not very excited about Wave 1 except that I may grab Drift and Straxus just so I can tell myself I have the Japanese release (not that these are terribly different from the US releases in the first place).
Posted by Heroic Decepticon at 00:14