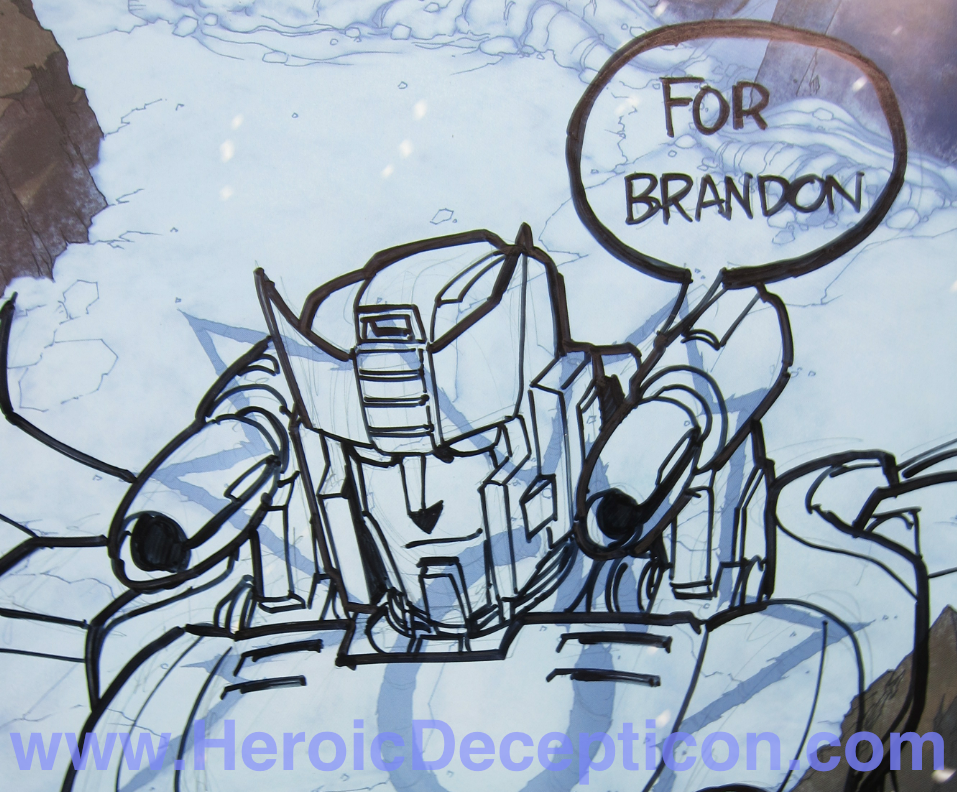 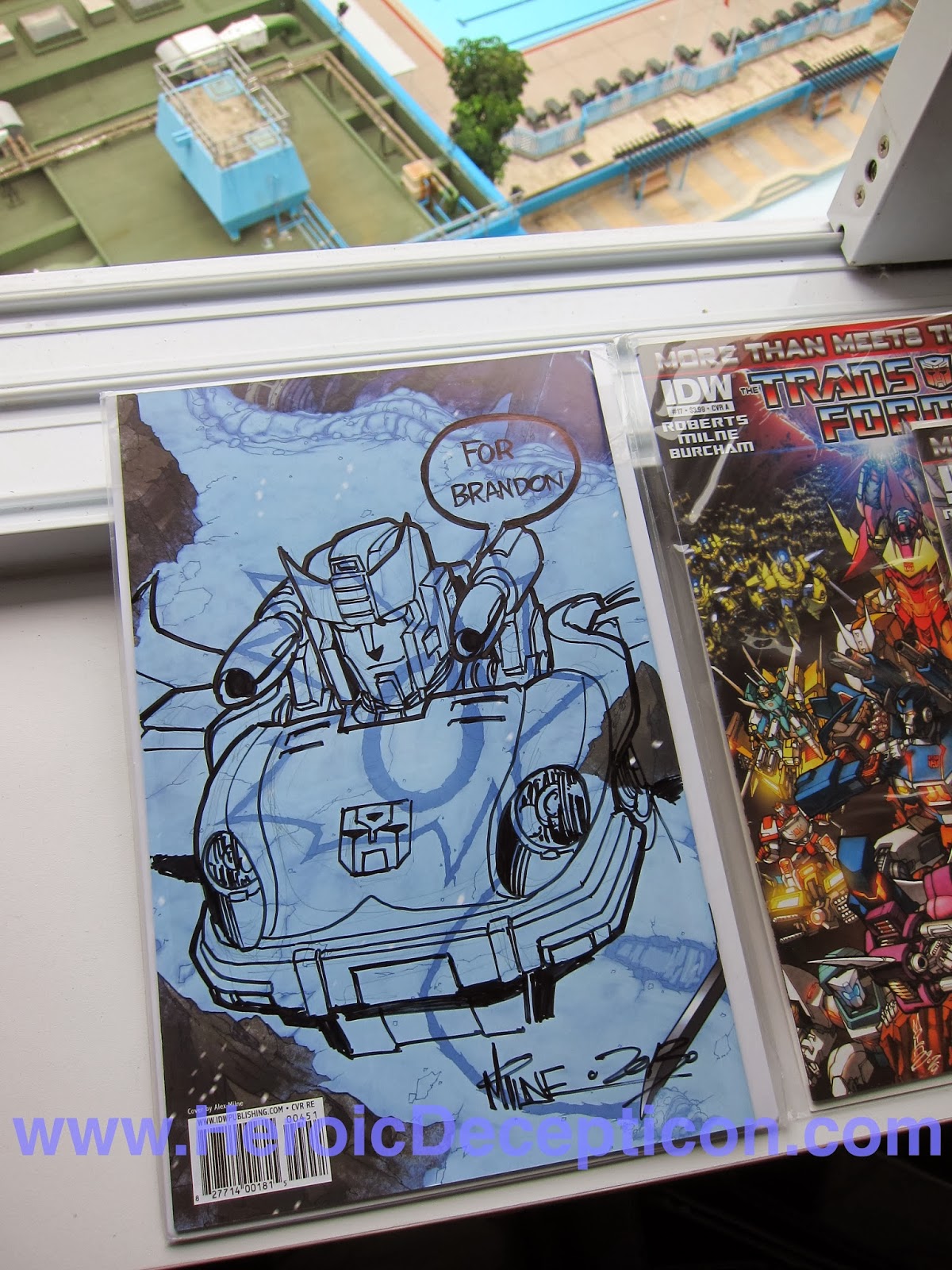 
I was floored. This was jaw-dropping - to have a sketch by one of my favourite modern TF artists (since his work on Megatron Origin) of one of my all time favourite TF characters - Bluestreak. Significantly of course, was that Bluestreak is not on the Lost Light and therefore not part of the More Than Meets the Eye comic that Milne is the regular artist on. Meaning that there isn't really a Milne rendition of Bluestreak out there. This might be one of the few!

This is a close up. 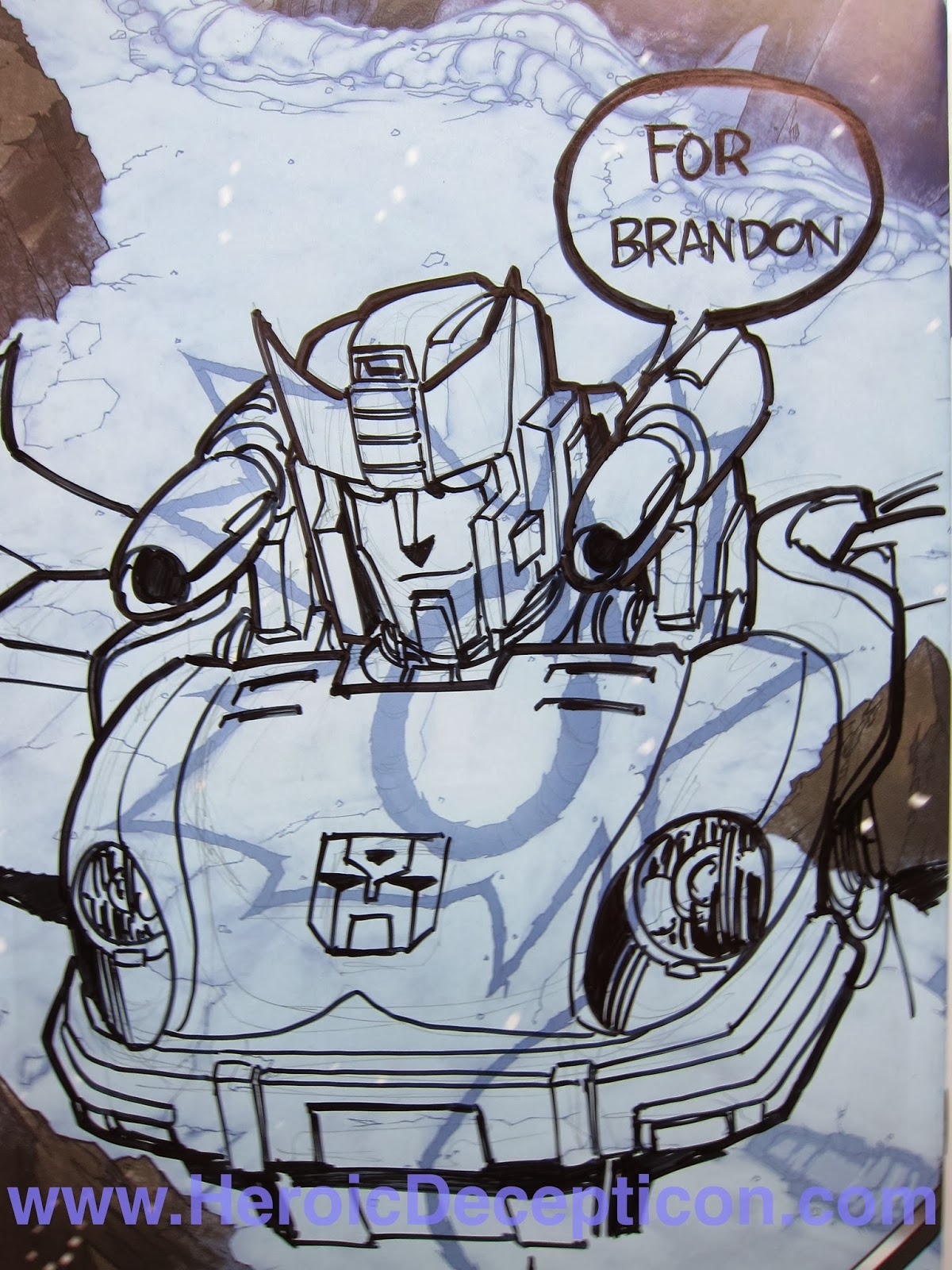 After a good 10 minutes of staring and my mind finally coming back to Earth, I started asking - 'actually, what comic is this sketch on?'.

Here it is it - it is part of a wrap around cover. 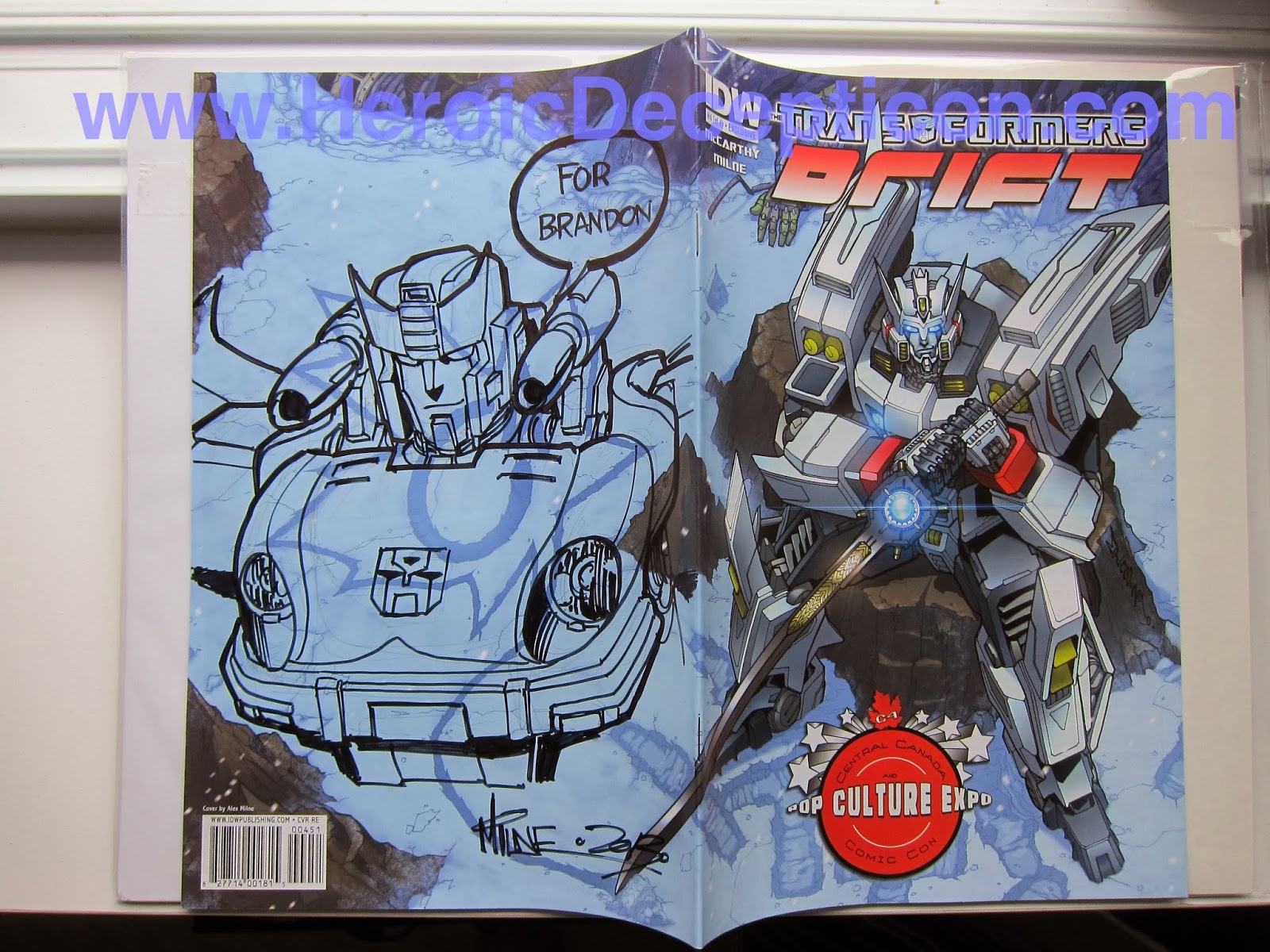 It is actually the cover to the Drift miniseries issue #4 that is exclusive to the C4 Central Canada Comic Con - Pop Culture Expo. As I understand it, this variant cover is rare enough on itself, not to mention having Milne actually sketching on it. 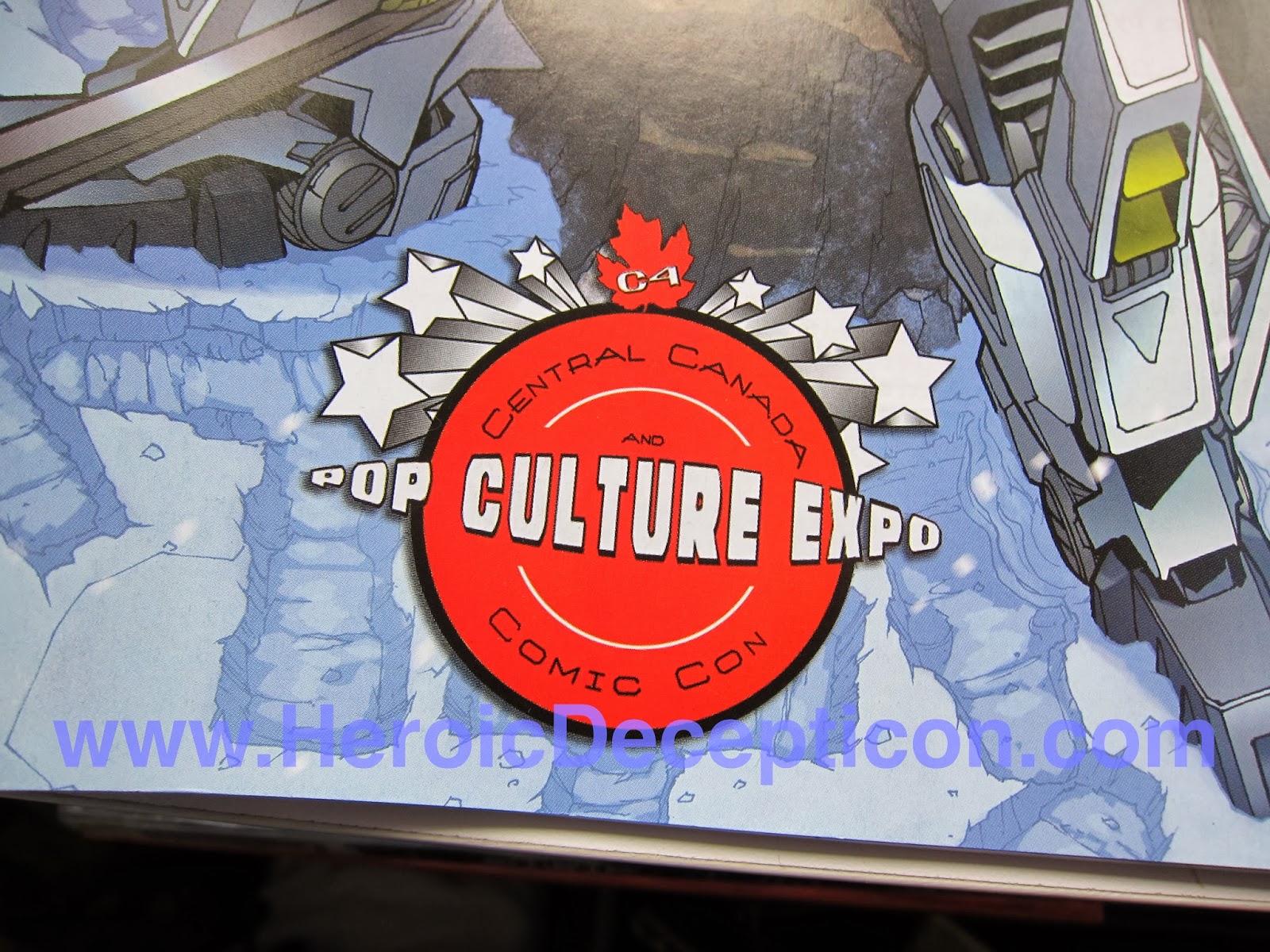 This is the original cover, or how its meant to look, from Milne's DeviantArt page. 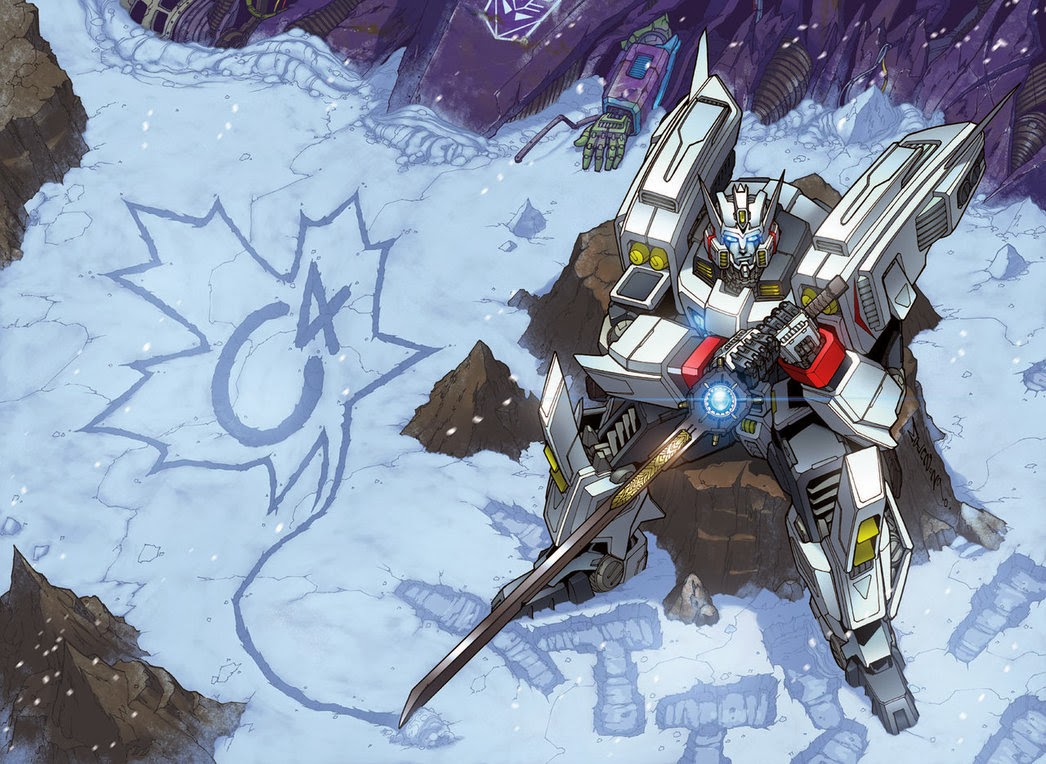 From what Milne said on his page, it sounds like the original intent of the way he structured this cover was so that he could sketch for fans at the convention. He said "i purposely made it a double spread cover with an area on the back cover for a sketch that you can get from me at the convention. i also made it a snow background since the convention is in Winnipeg, and at the end of October, it can be pretty cold out there. not sure if there will be snow there, but it will be somewhat cold ".

With the Bluestreak sketch that my friend got for me, I guess, the purpose of the cover has been fulfilled? heh.

Thank you my friend.

Posted by Heroic Decepticon at 17:40