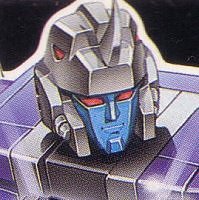 I'm not going to feature the Brestforce individual robots in numerical order, but rather slightly randomly just to mix things up a little.

Today's feature is C-334: Drillhorn, my favourite Liokaiser member. His alternate mode and colour is unique among the other Liokaiser members and in fact unique even among G1 Transformers. His colour scheme is a beautiful lilac colour mixed with grey and he transforms into a drill-tank. I can only think of one other Transformer that transforms into a drill tank and that is Nosecone. The Nosecone toy gets less props than Drillhorn because its rather tiny in comparison and also not as detailed as Drillhorn is.

A brief description from Wikipedia:

"The Breast Force strategist. Like other Decepticon strategists before him, he occasionally loses sight of the little things in favor of the big picture. Transforms into a purple-colored drill tank. His breastplate transforms into a miniature rampaging mechanical rhino."

Gah, that wasn't very interesting, I could live without that description.
I gotta say that Drillhorn has one of the nicest pieces of box art among the Brestforce (although to be fair, all of the Brestforce's box art are very nice, as is consistent with Transformers from the Victory series).

Here are some detailed pictures with comments. 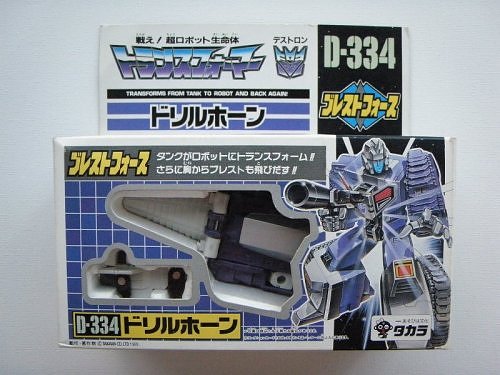 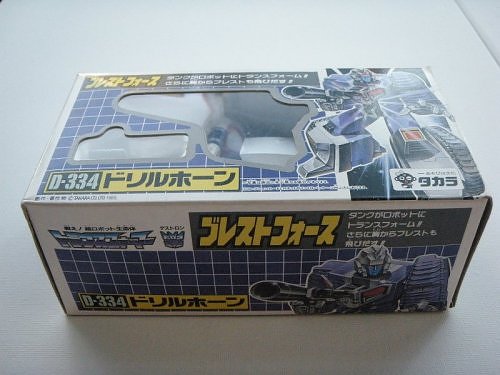 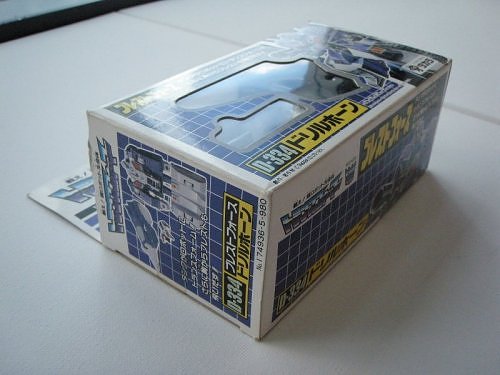 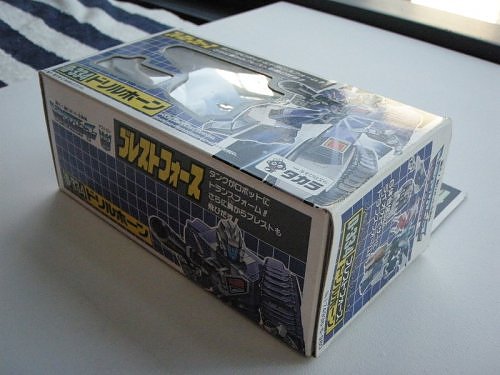 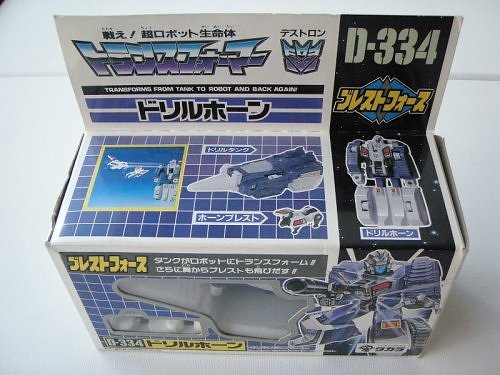 Top of box - Unlike earlier year Transformer boxes which featured transformation sequences of the toy, the box tops of the Brestforce members show instead photos of the toys featuring the 'brest-former' function that is unique to this sub-group (with the exception of Deszaras of course); notice the description actually says "Transforms from tank to robot and back again" - he transforms into a drill-tank rather than a standard tank. 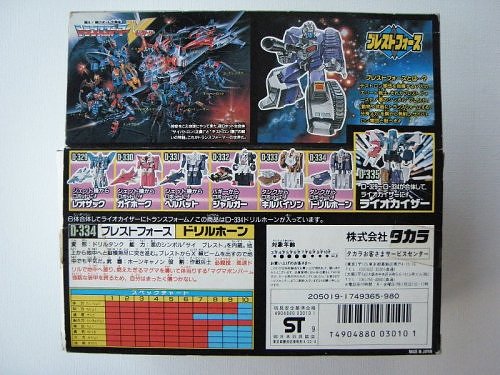 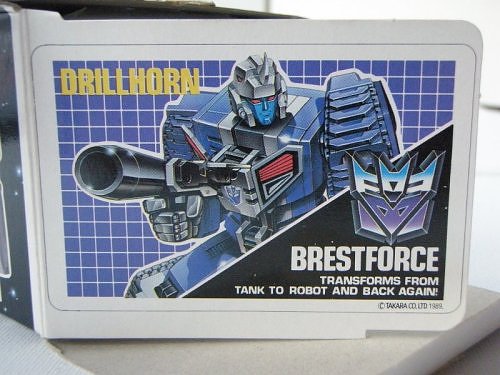 Drillhorn's bio card is not included in the paperworks packet but is actually one of the inner flaps of the box. 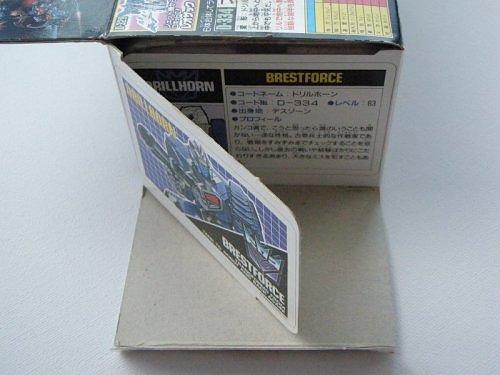 The contents of C-334, Drillhorn 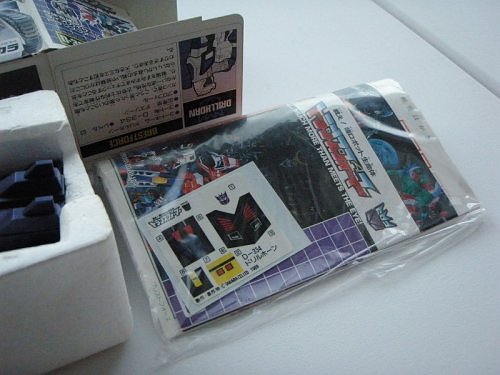 Instructions and unapplied sticker sheet, plus full plethora of all paperworks like catalogues and other promotional material all sealed in its original bag. Due to the box size, the entire packet had to be folded to fit into the box, but this is how it originally came. 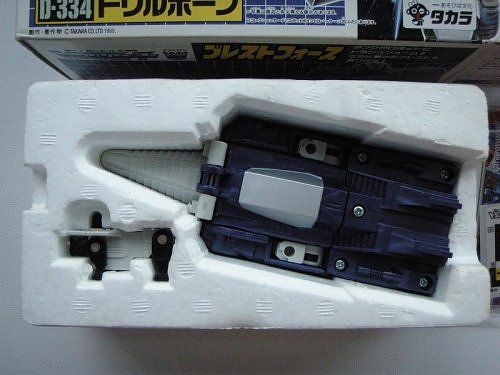 Posted by Heroic Decepticon at 13:56