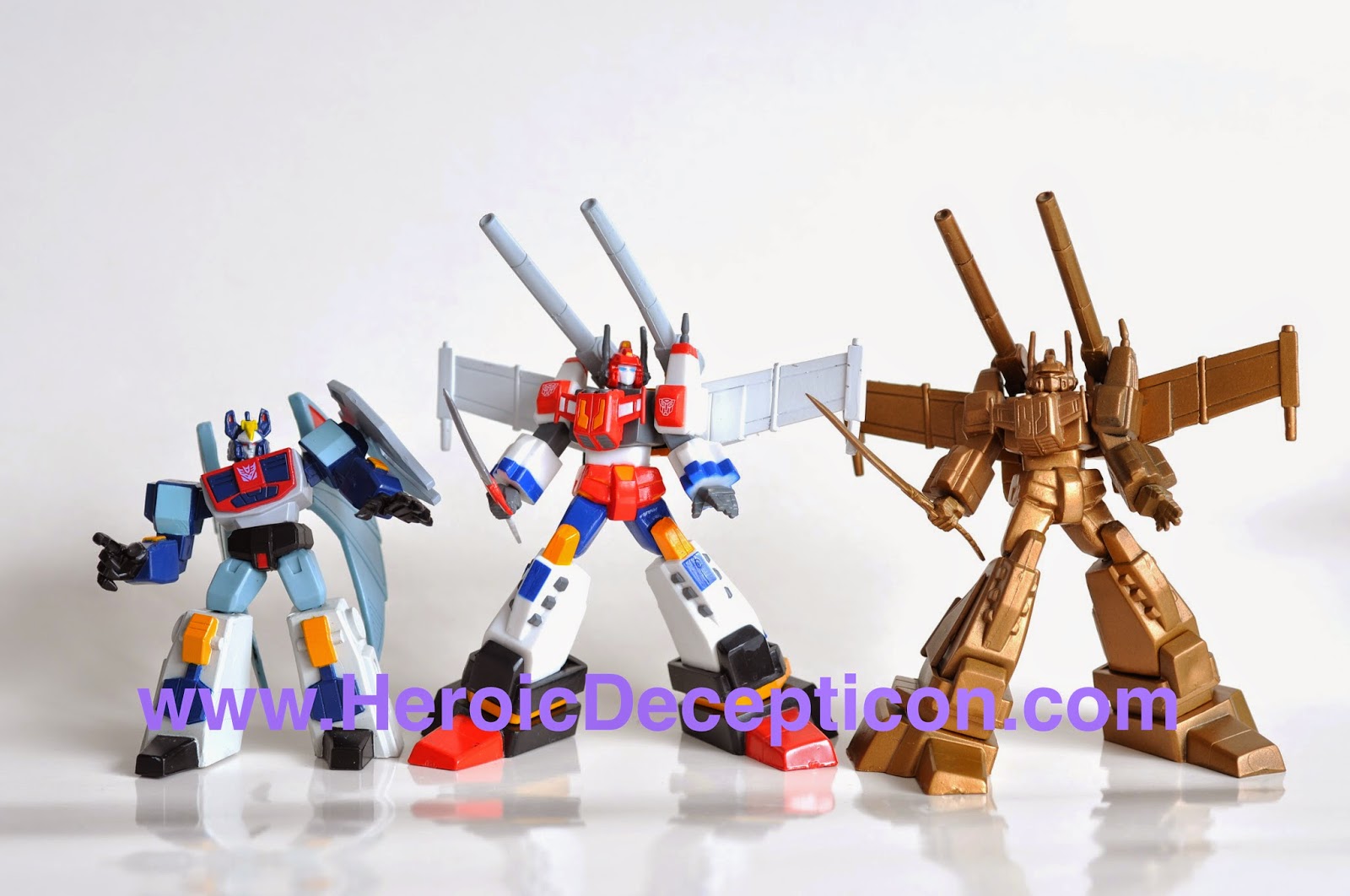 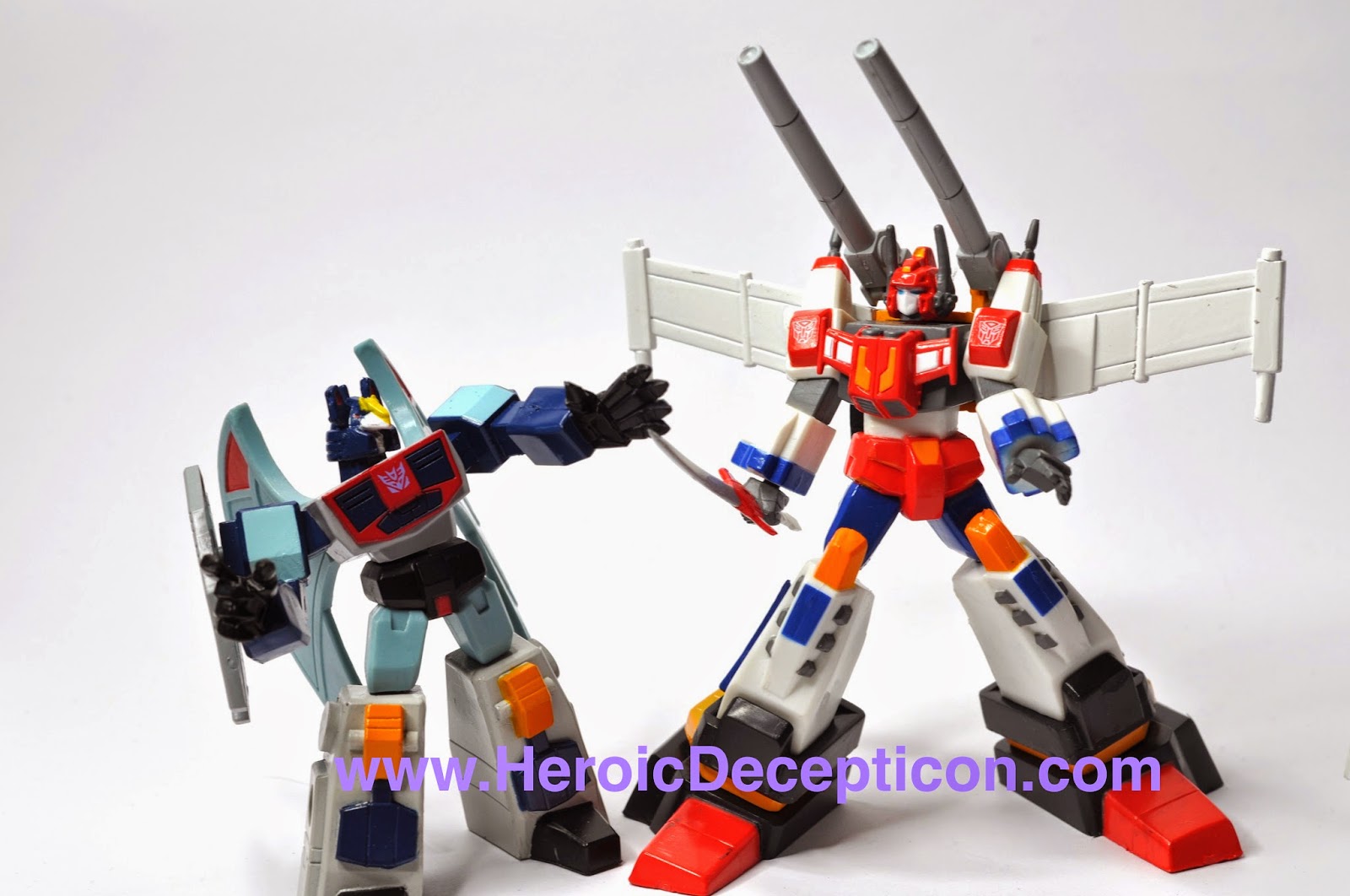 I was initially very confused about which were the chase figures for this ACT, but now I think I have worked it out...
Deszaras with eagle brest is definitely one of the Chase figures (the regular release figure is Deszaras with lion brest). That leaves the question of how the burning Victory Saber came about and more importantly, how it was packed. If the whole thing were Chase and it was packed in one box, that particular box would be very heavy - collectors would know that is a Chase immediately due to its weight. So it must be packed differently, but how? 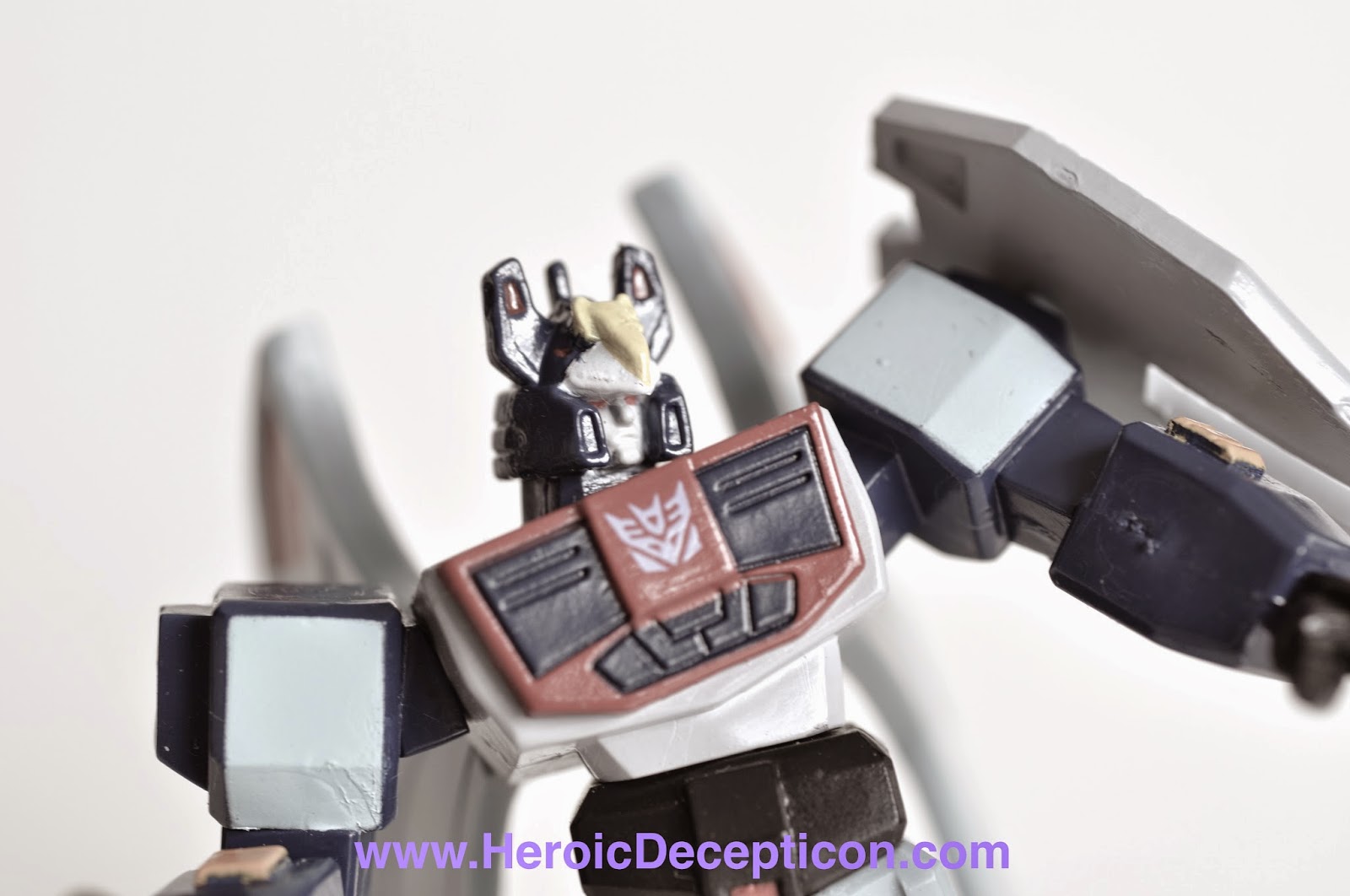 Assuming no Chase figures were packed in, the ACT 7 assortment goes like this, where each carton of 12 individual boxes would have: 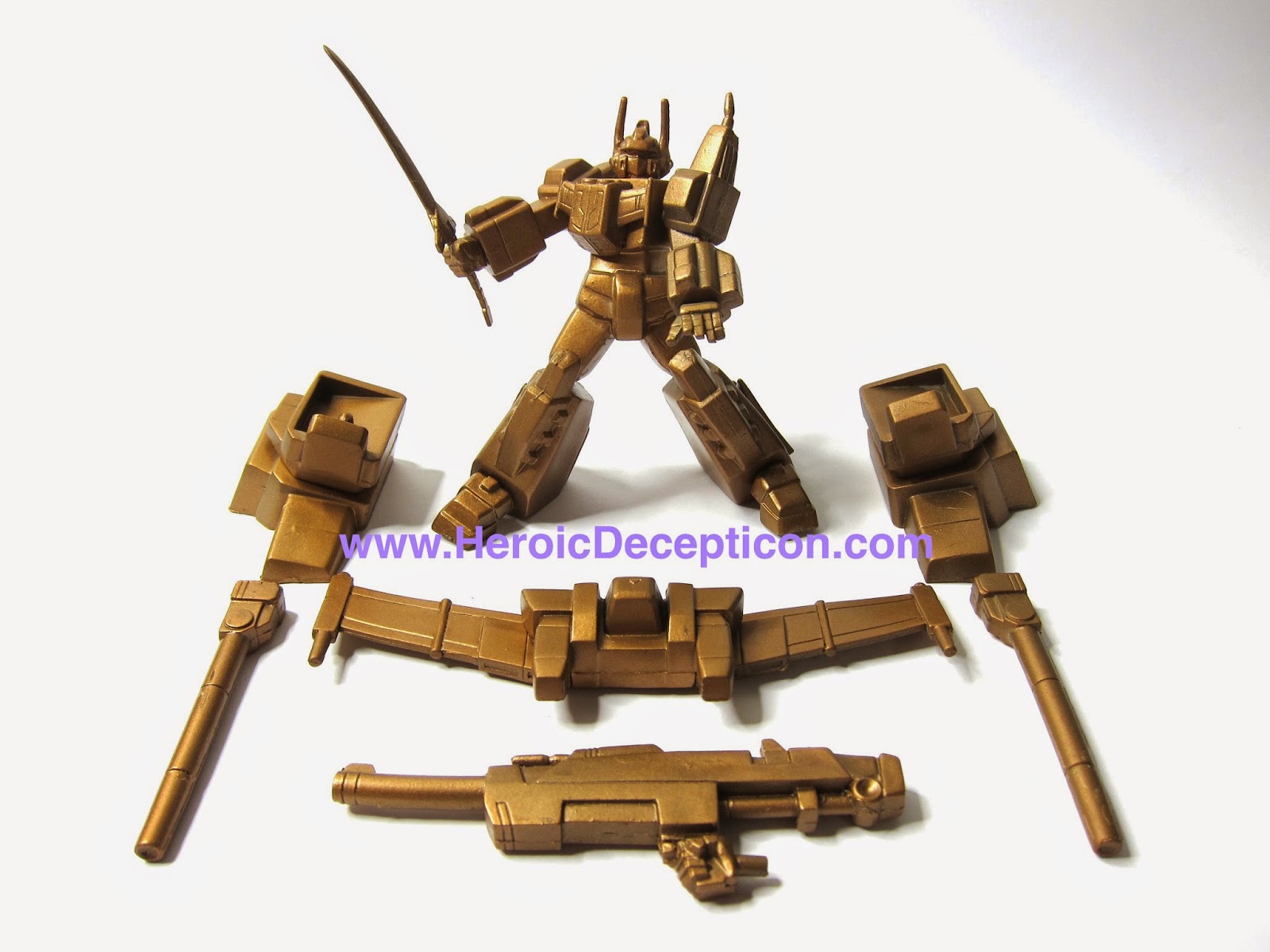 I know this because this is exactly how my MISB ACT 7 was packed when I opened it back in 2002 - I was not lucky enough to get a Chase figure. It follows from the above that it is erroneous to that either the regular coloured or pewter Victory Saber upgrade parts are ACT 7 Chase 'figures'. They are not, they are just part of the regular release. 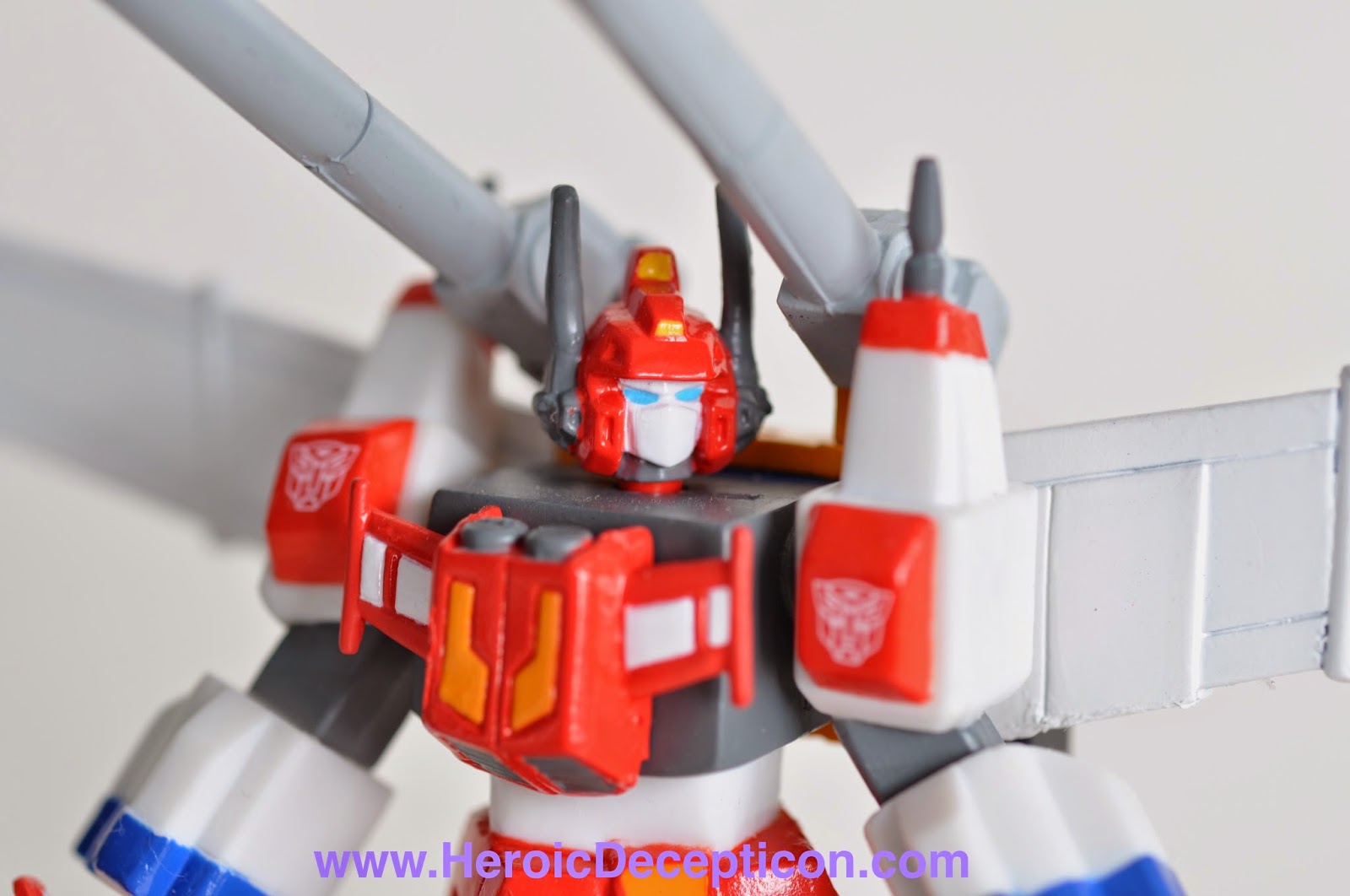 Thus if one were to get the Deszaras Chase figure (eagle brest), it would be in place of one the regular coloured figures, randomly. However, how does one get a burning Victory Saber Chase figure?

Here is how I think it must have happened -
To get the burning Victory Saber, that particular carton must contain gold painted Star Saber, which will probably be in place of one of the pewter figures (I'm guessing) and likely in place of the pewter Star Saber. In any case, I think it would be in place of either the regular colour or the pewter Star Saber otherwise one'd have three Star Sabers in this Chase carton - regular, pewter and gold paint! It wouldn't be first time Takara royally shafted us collectors (like when they made Dirge a Chase figure and Skywarp a lucky draw), but I think its not likely.

This is why I think that the burning Victory Saber is one of the most difficult Chase figures to put together. 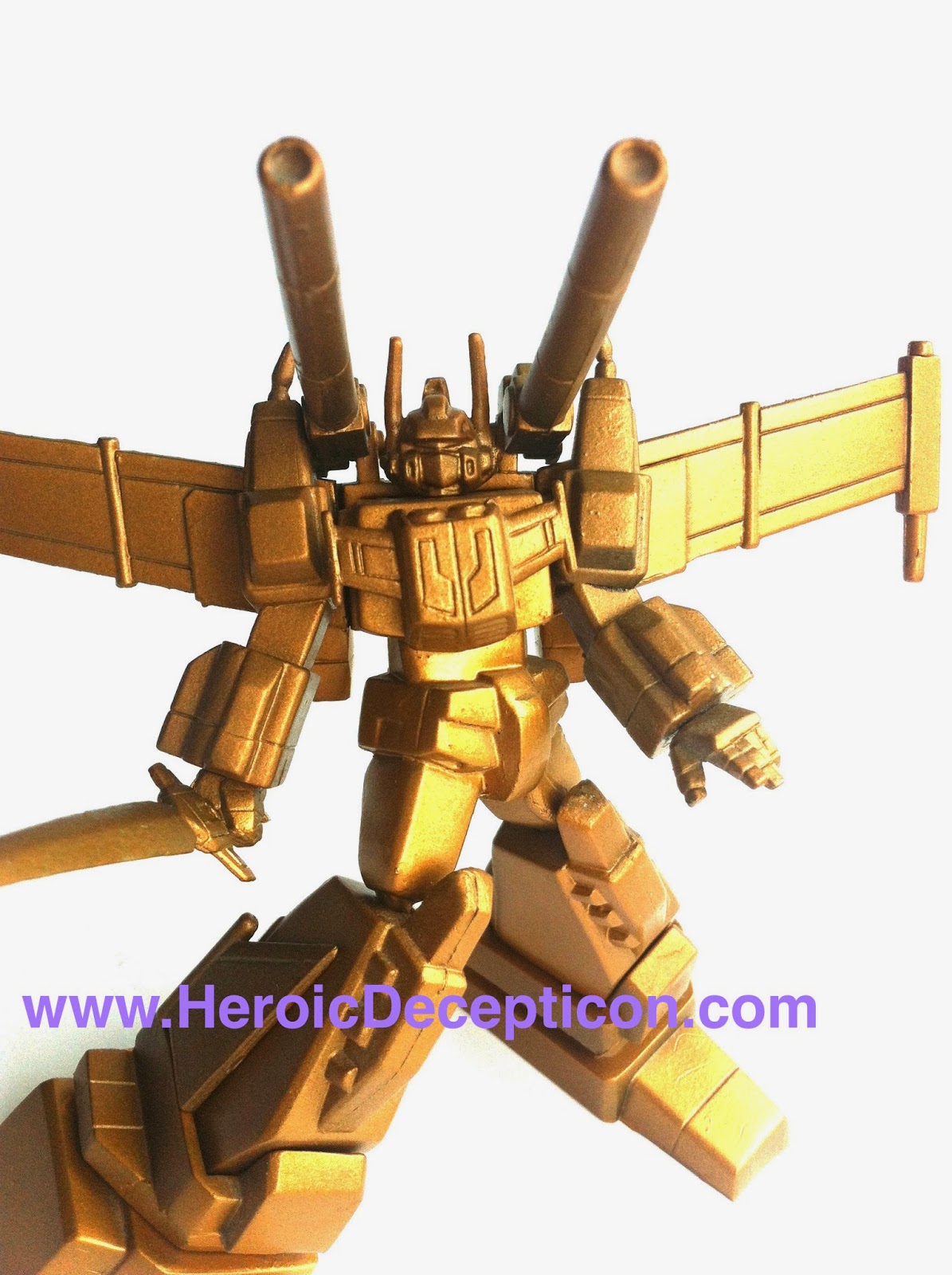 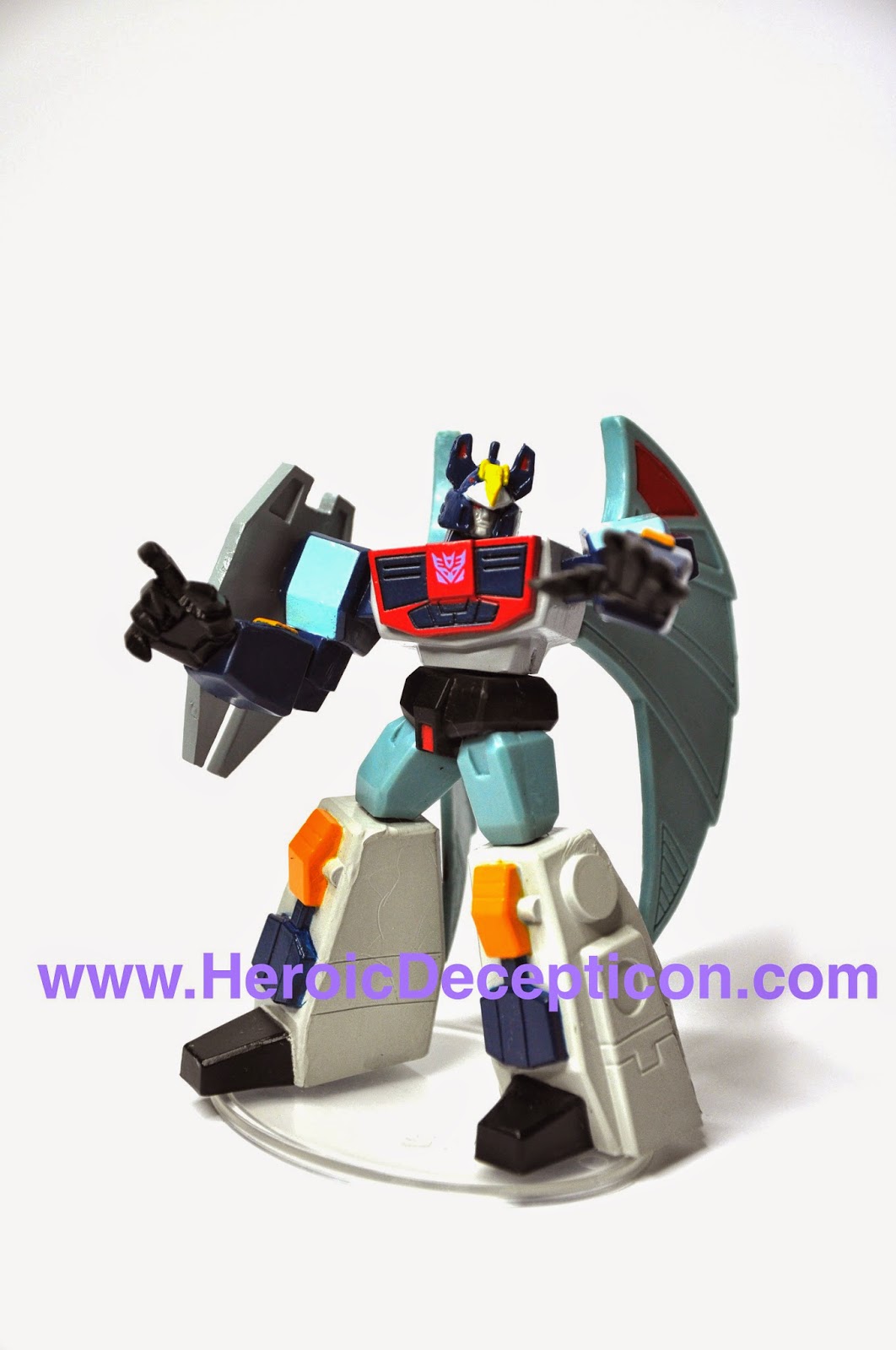 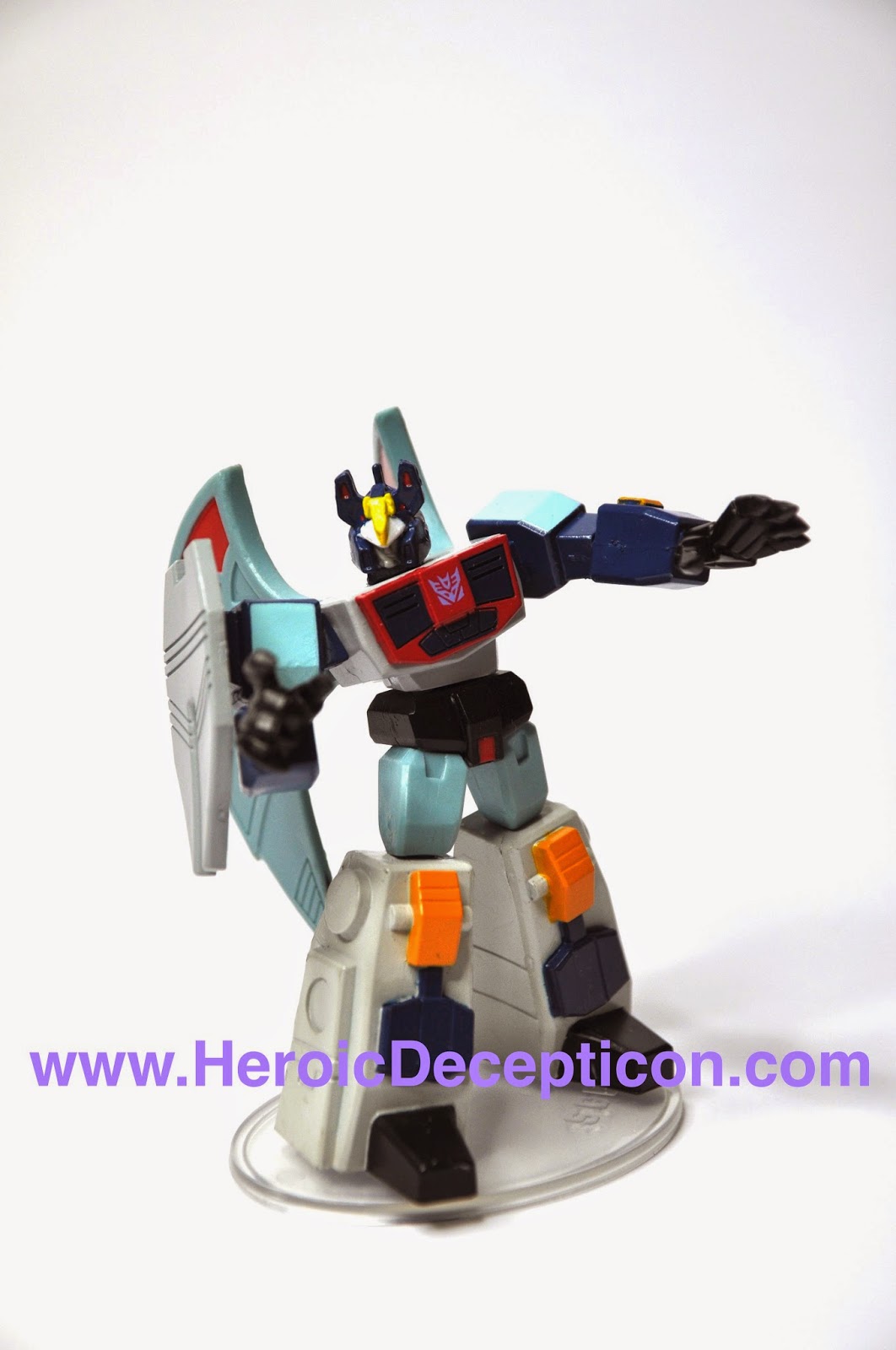 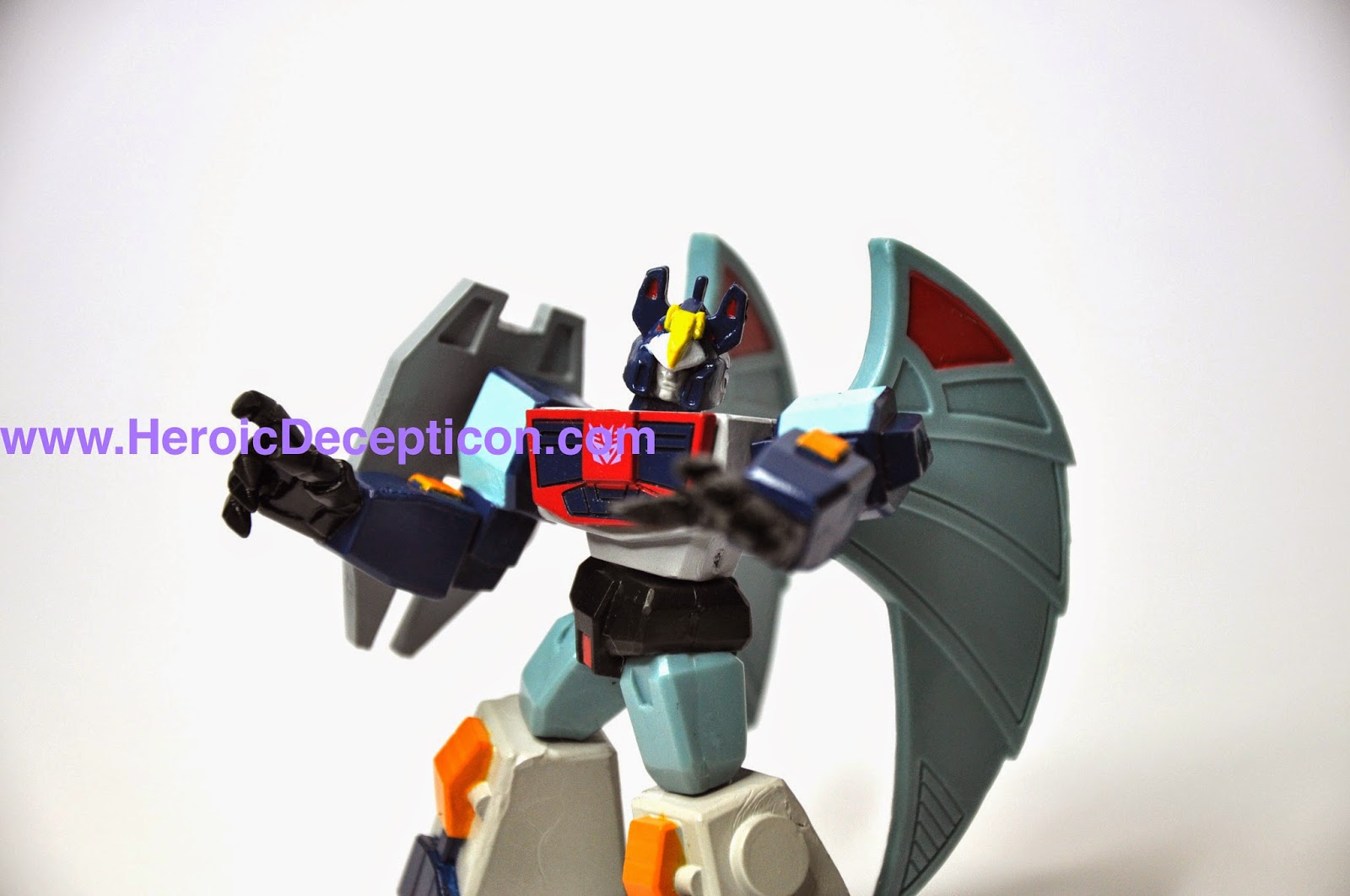 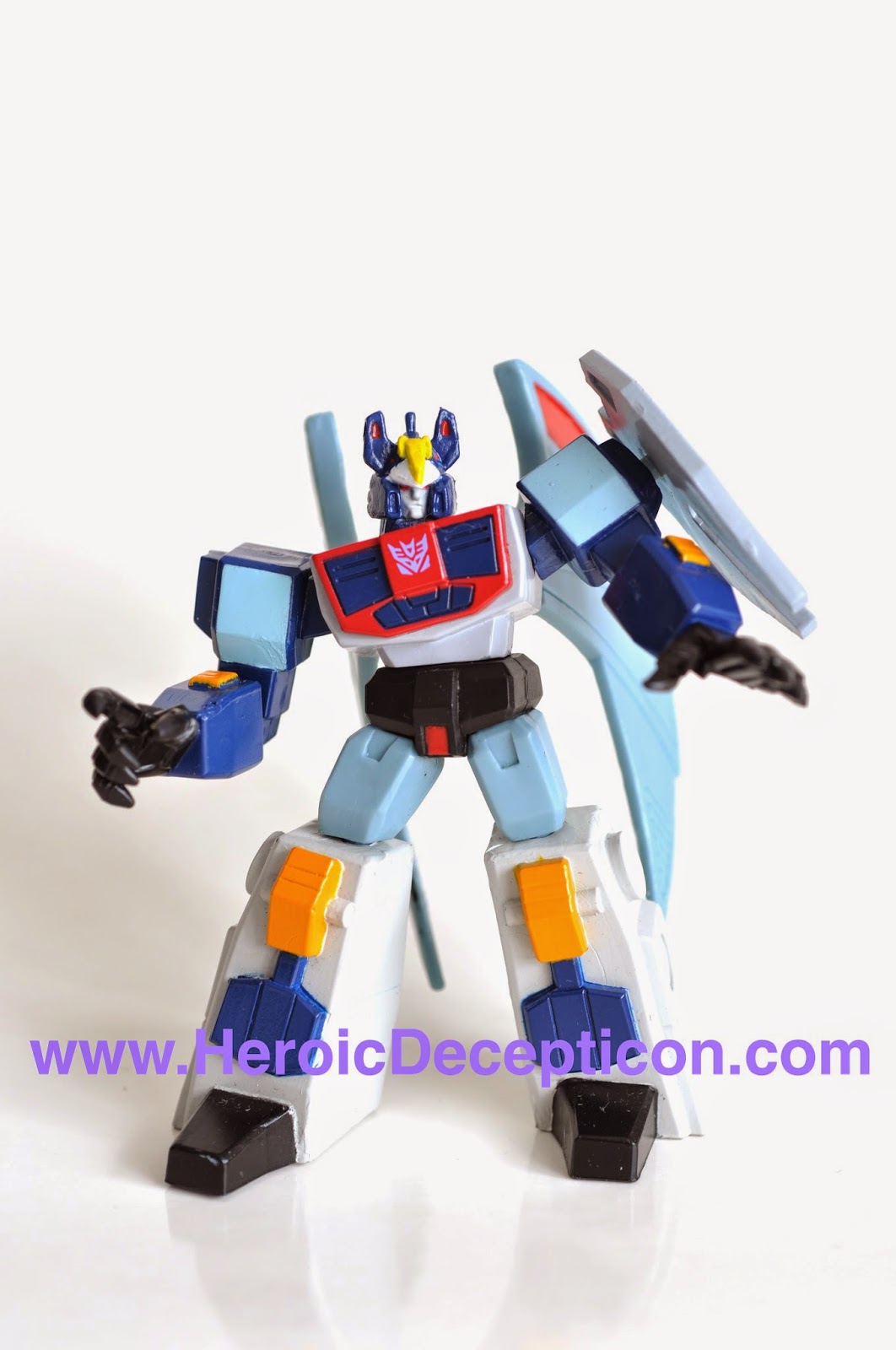 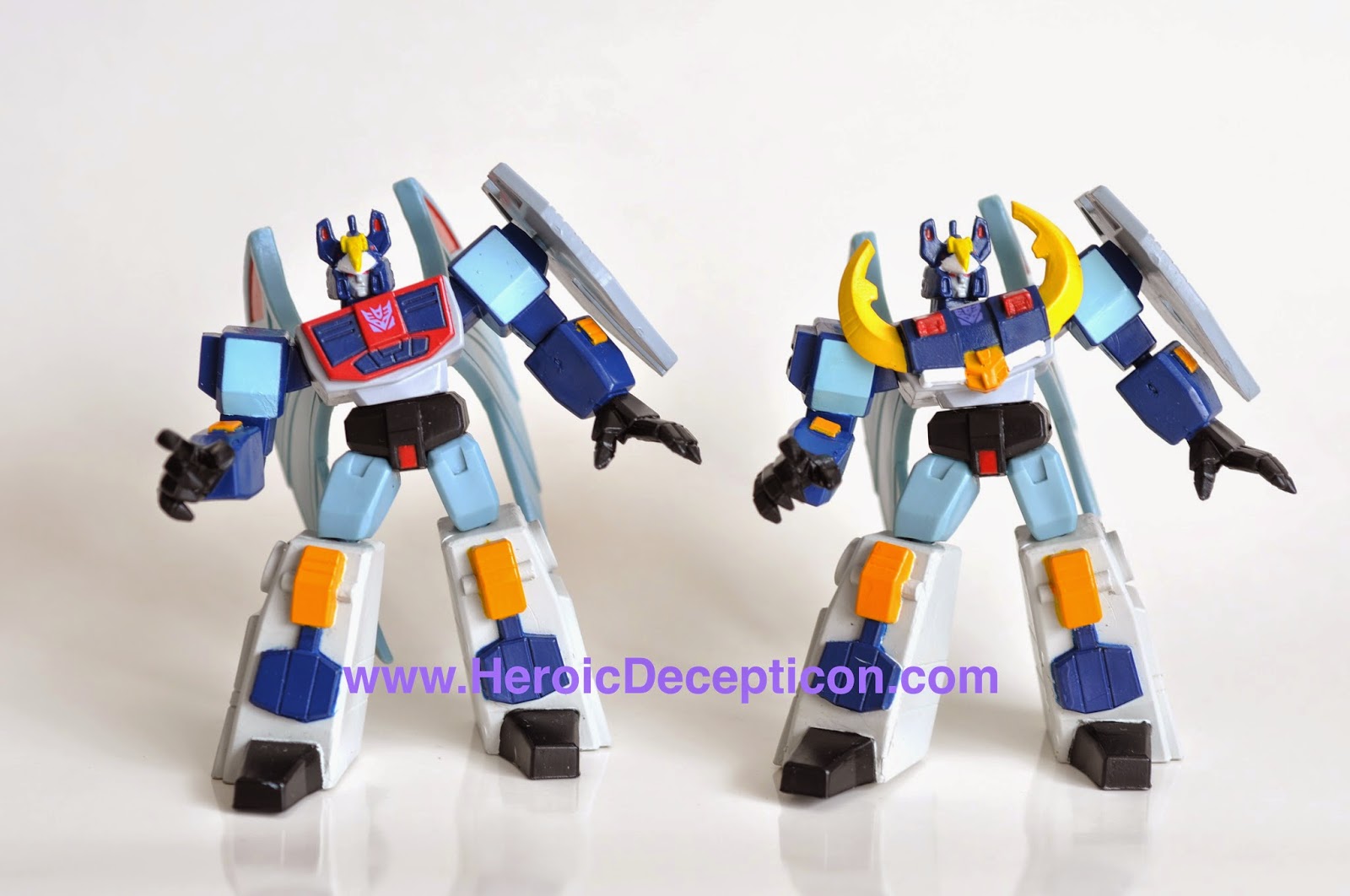 - regular coloured Star Saber with Victory Saber upgrade parts -
(I think the belief that the regular coloured parts are Chase parts is erroneous, but nonetheless, have included pics of this piece here) 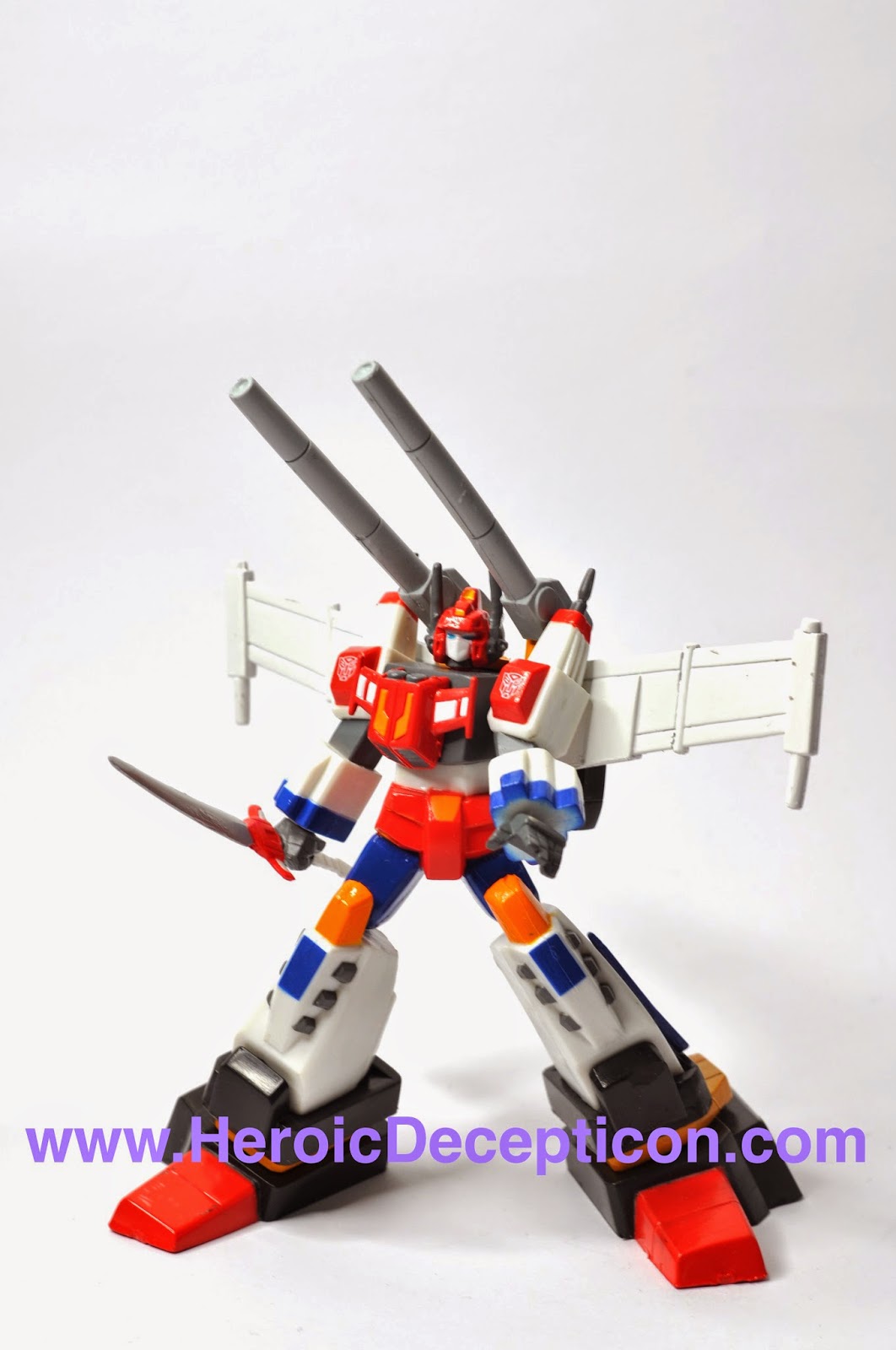 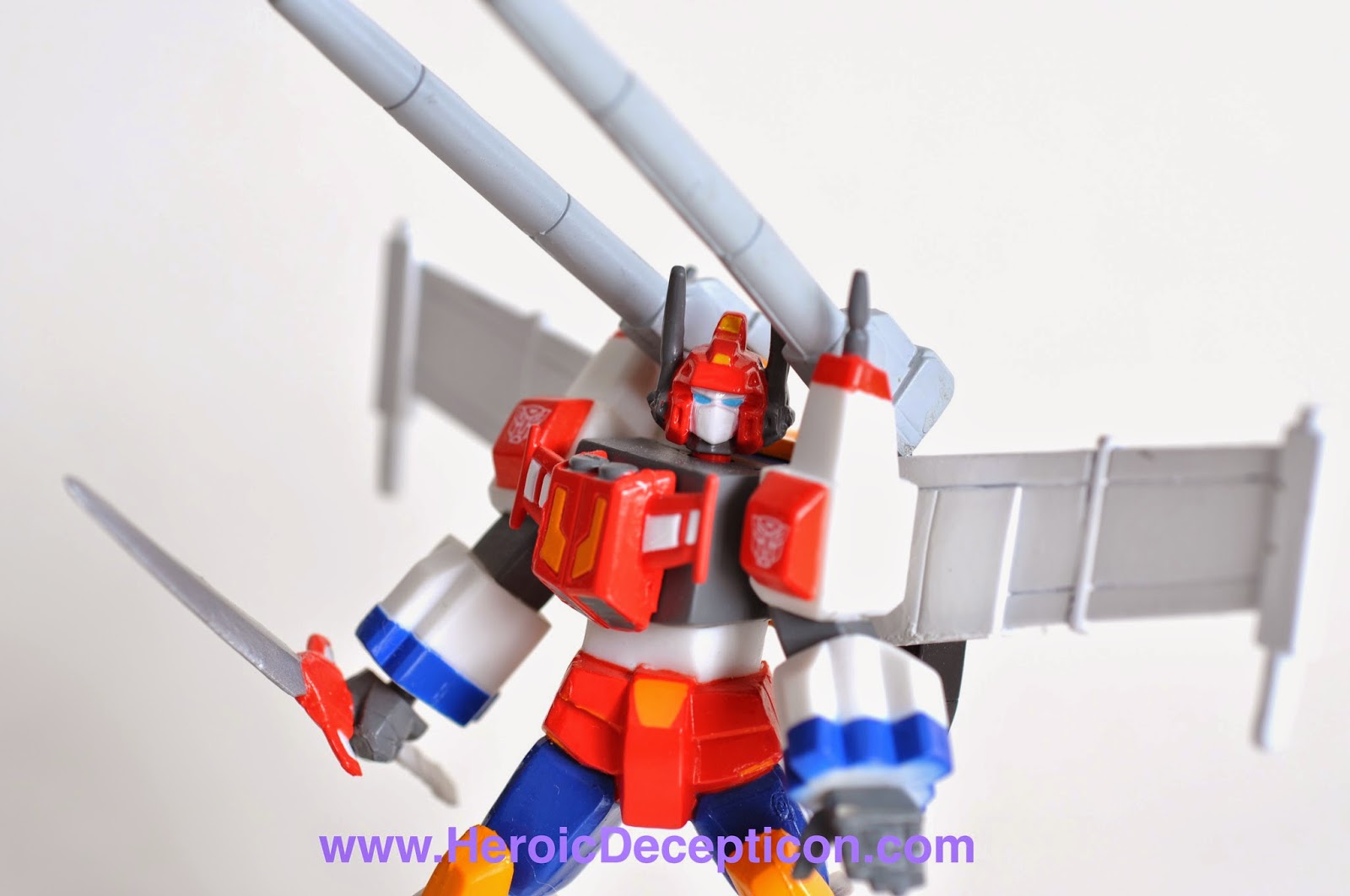 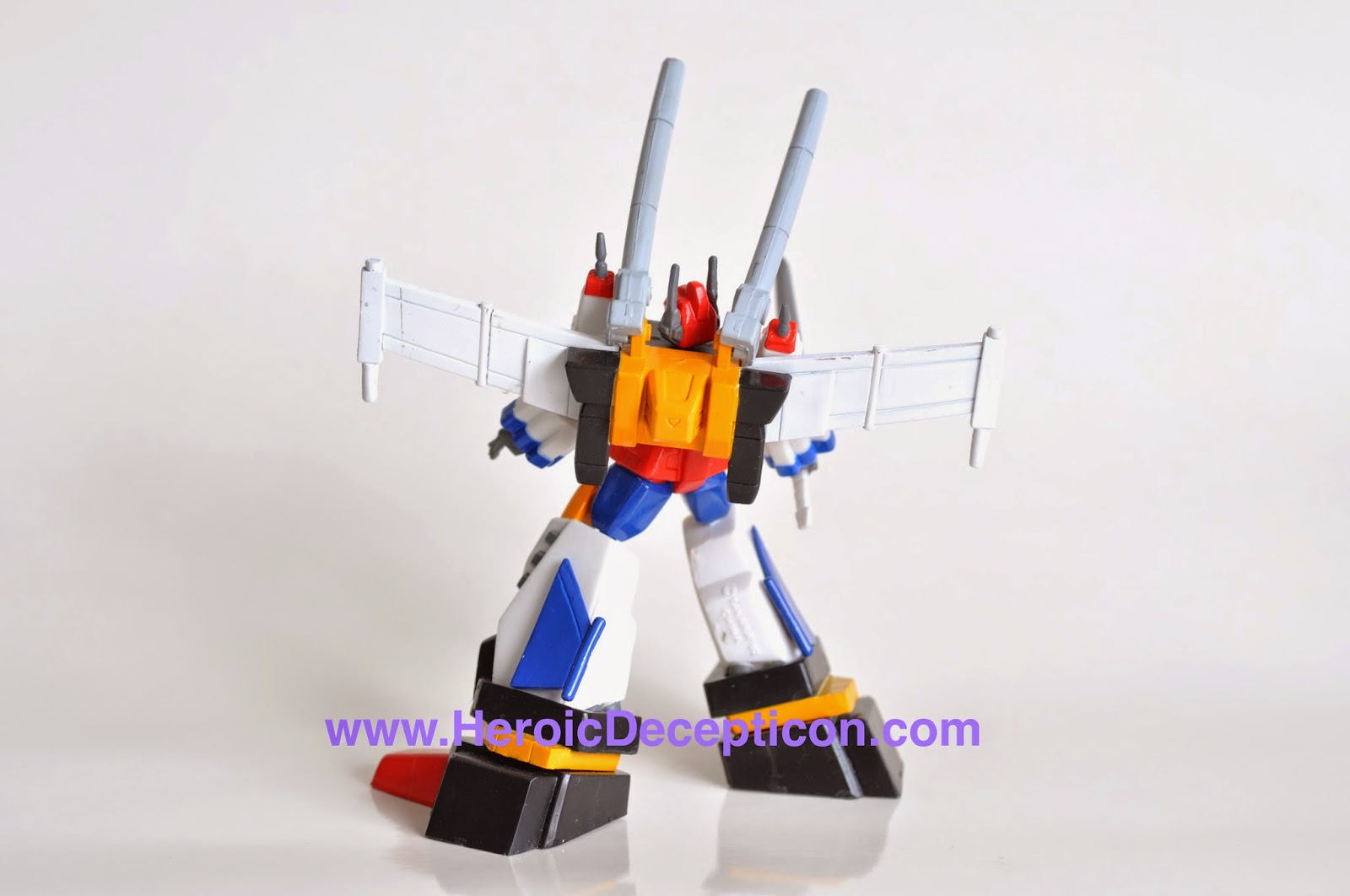 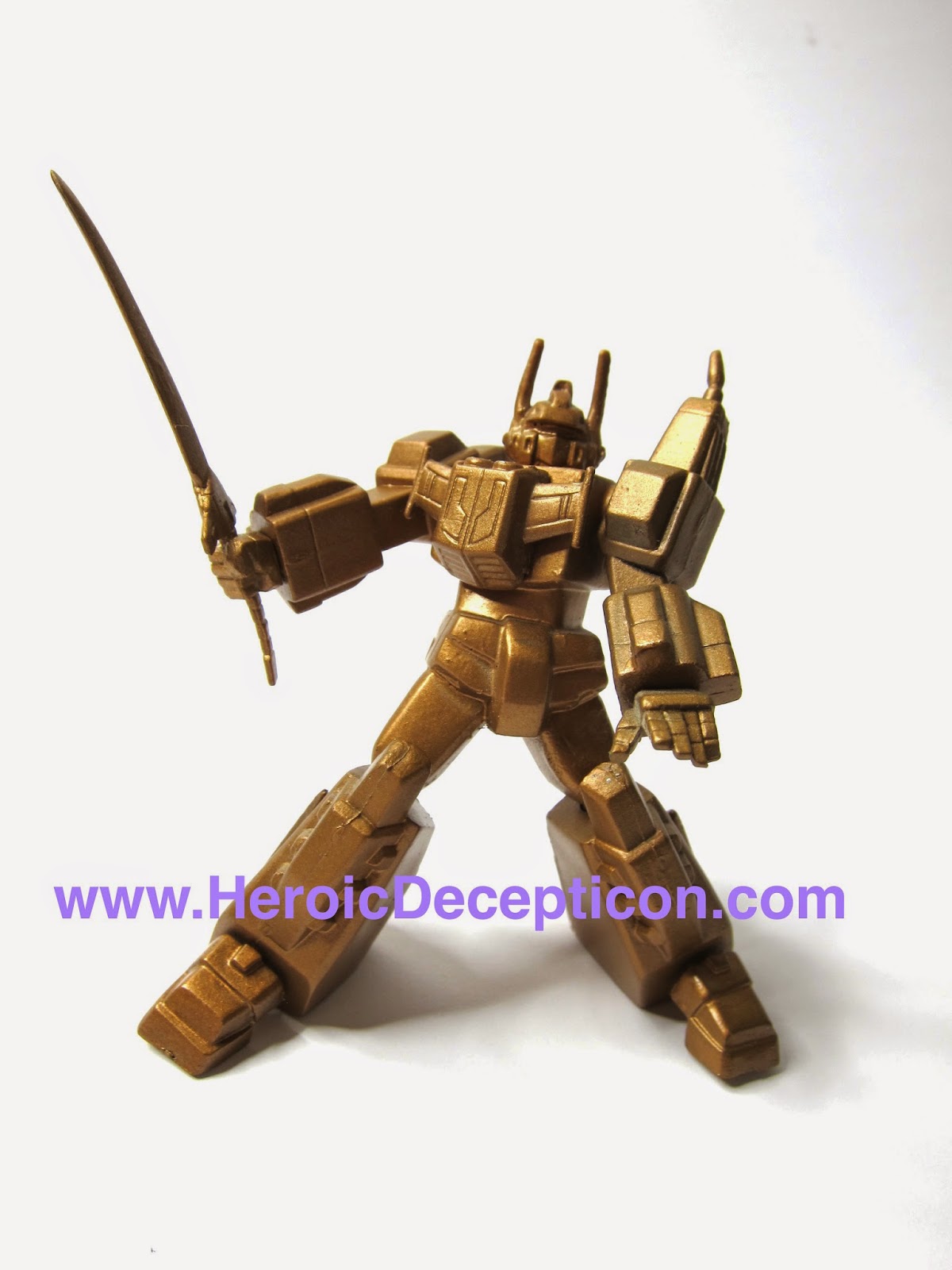 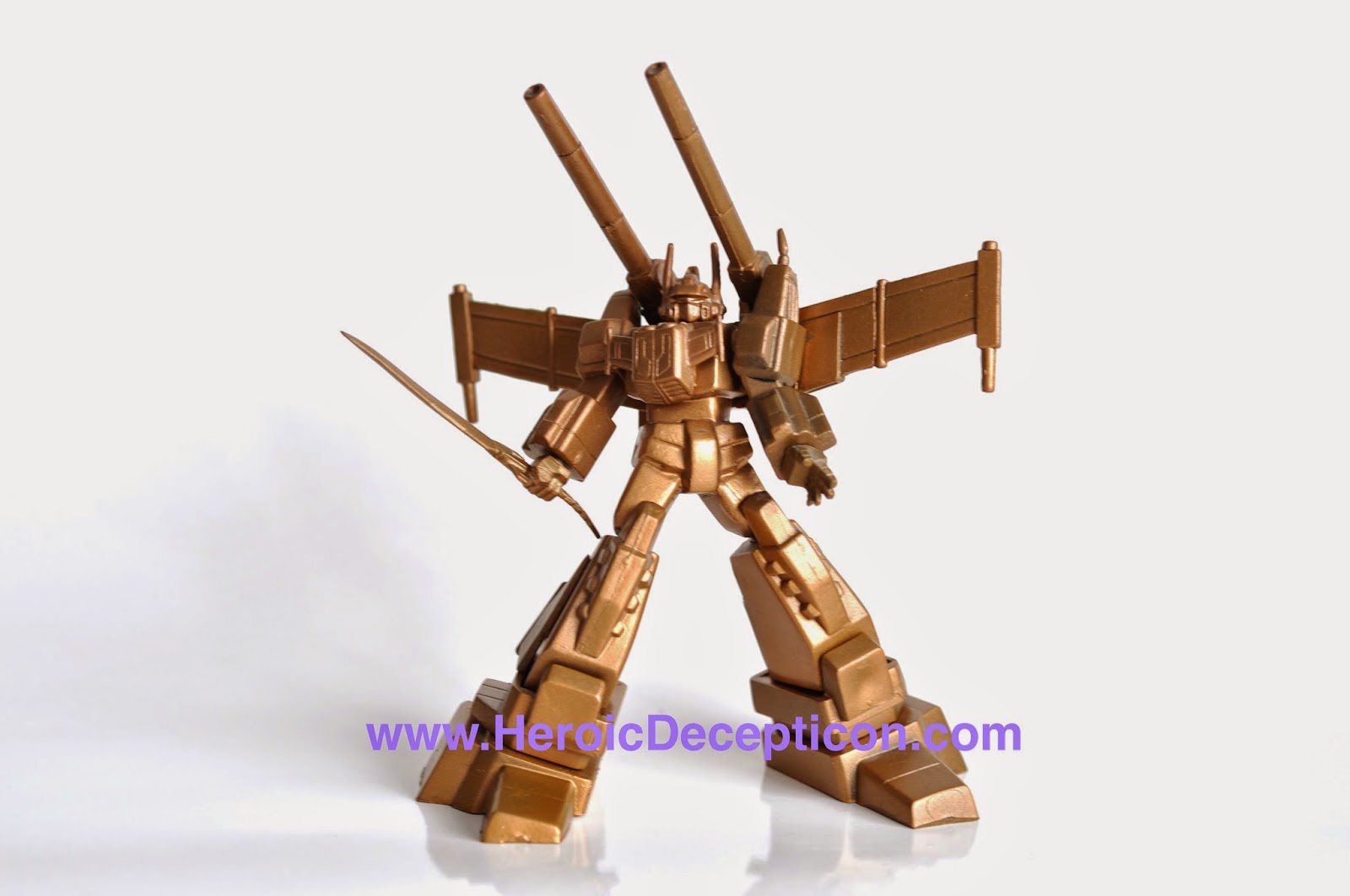 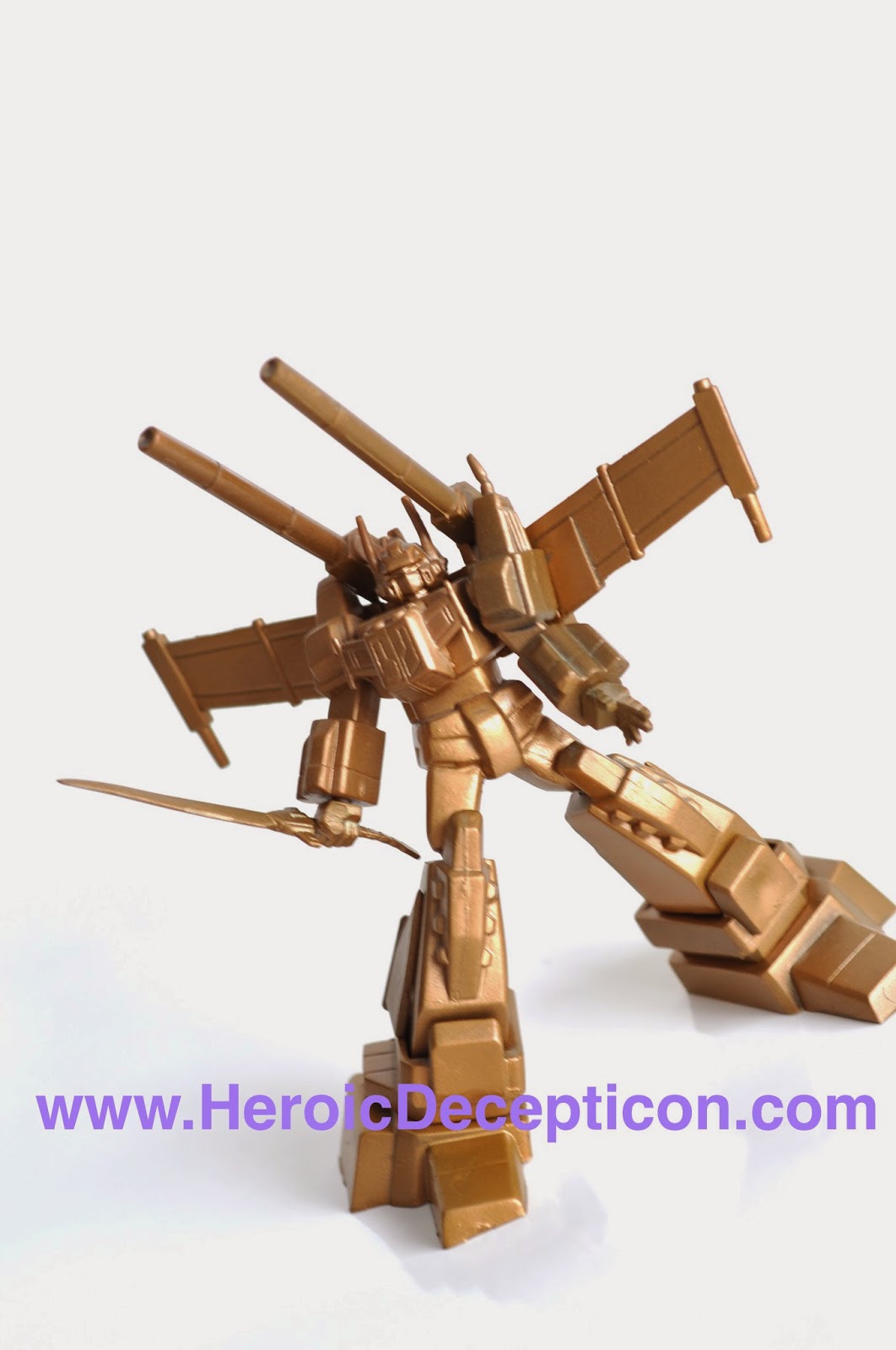 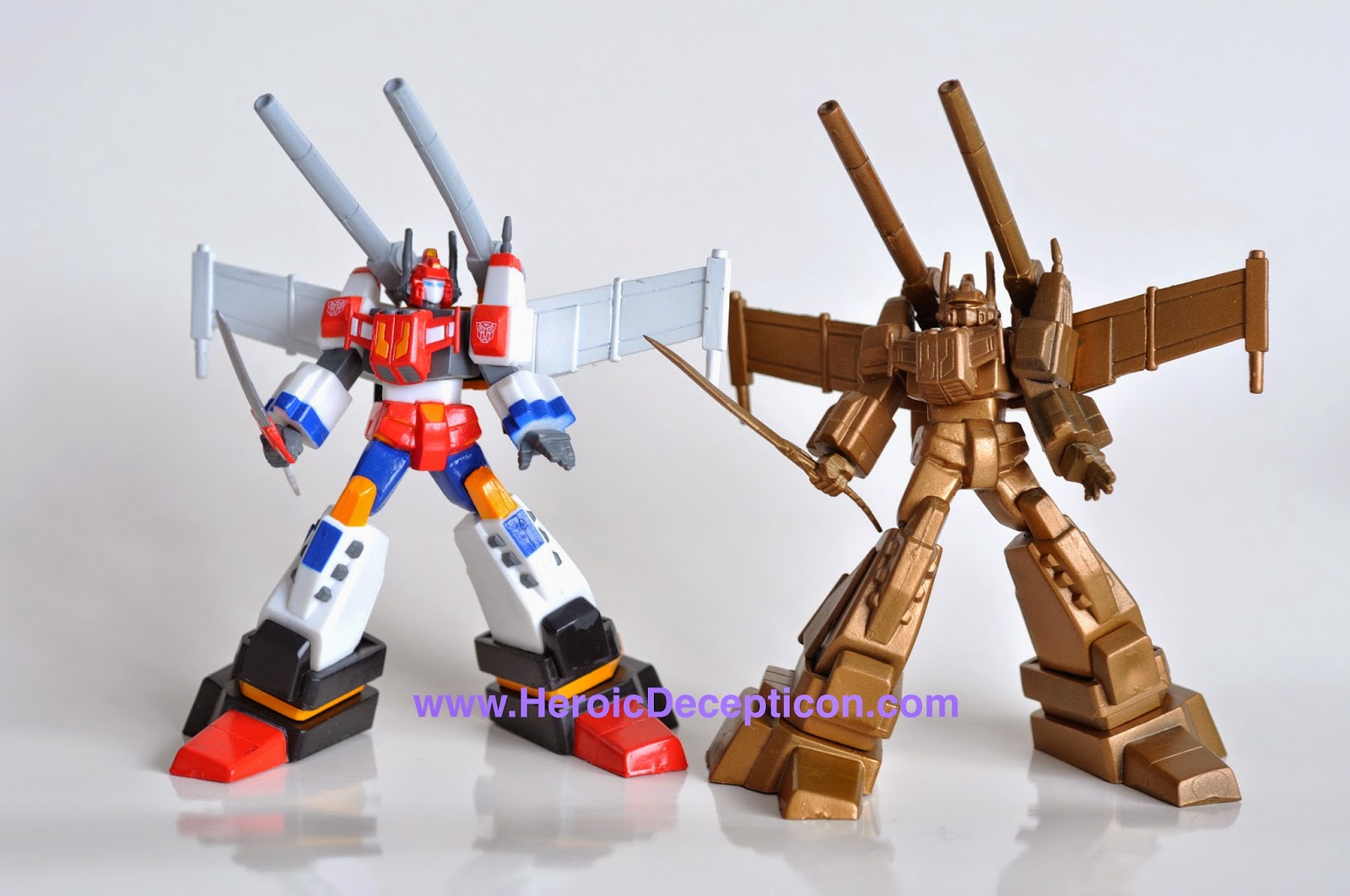 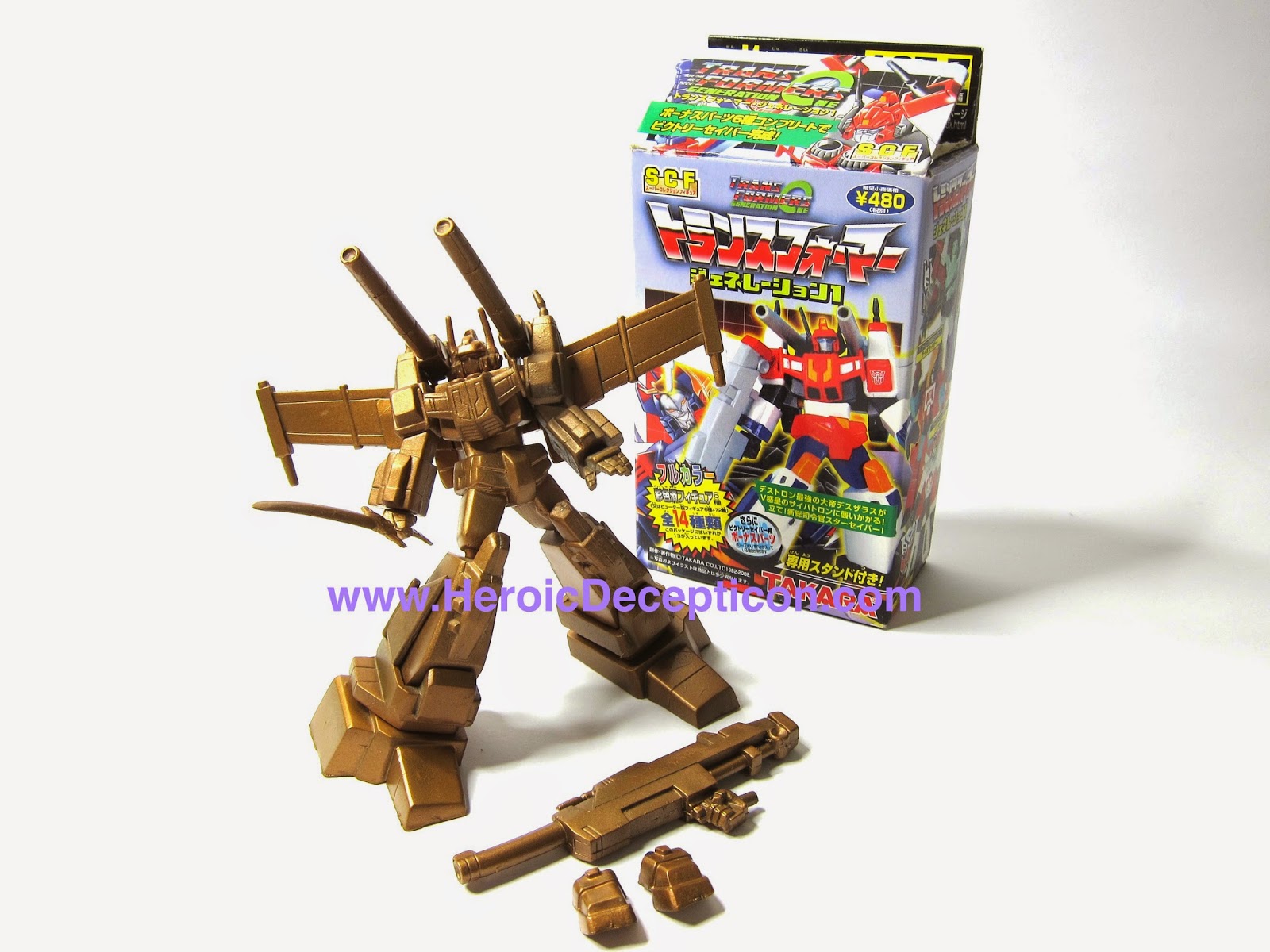 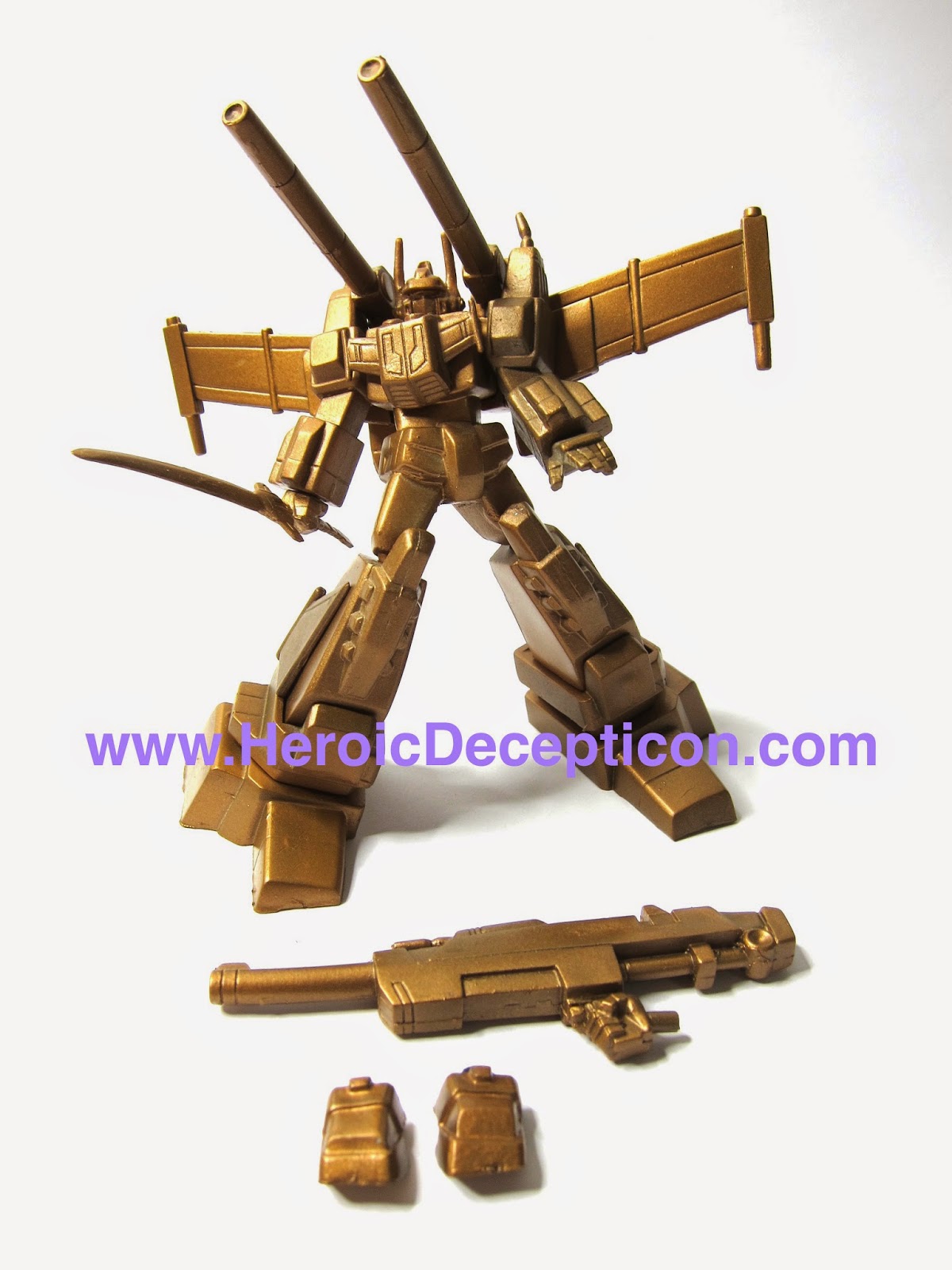 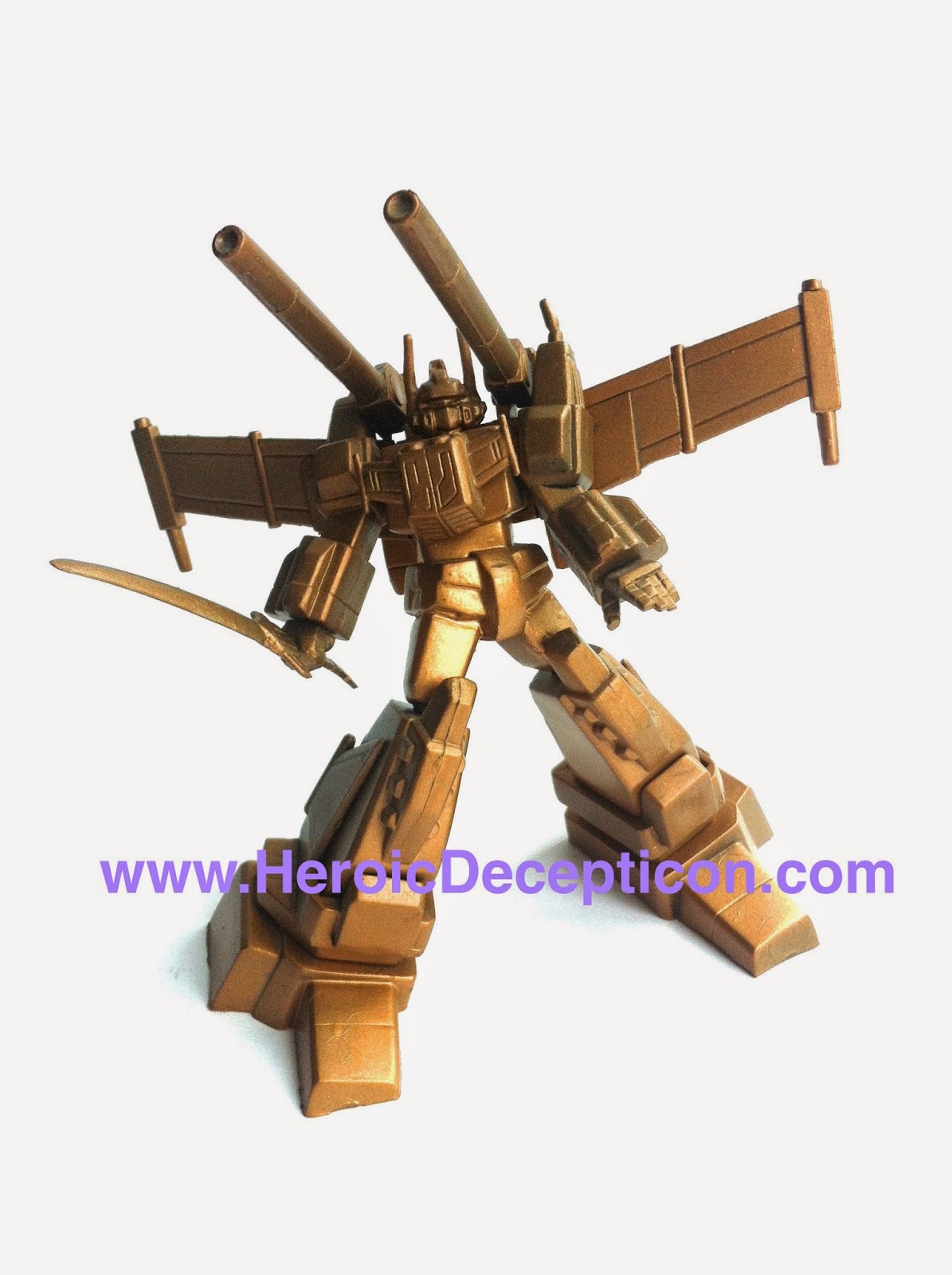 Posted by Heroic Decepticon at 23:38