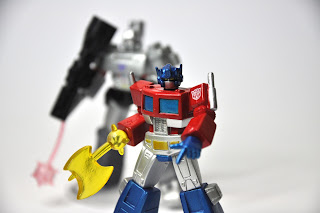 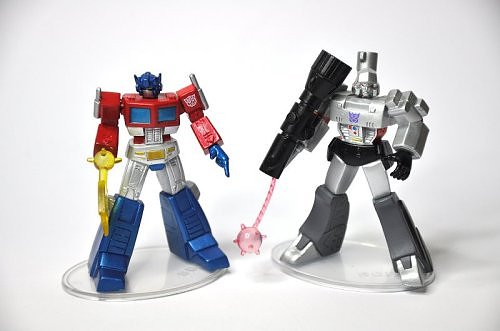 The ACT 1 Chase figures were:

Both chase figures were inspired from the even by then classic episode More Than Meets The Eye Part 2.

This is the classic scene from MTMTE Part 2. 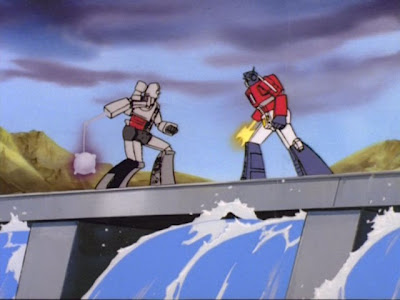 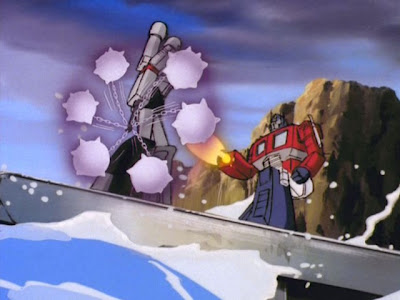 I thought at the time that I had to get these Chase figures, I just had to. Try as I might, I just could not get anyone who owned them to part with them - I mean, who in their right mind would part with such classic renditions of such classic characters. There was just no way. I was to be left disappointed until recently, a whole 12 years after the fact. 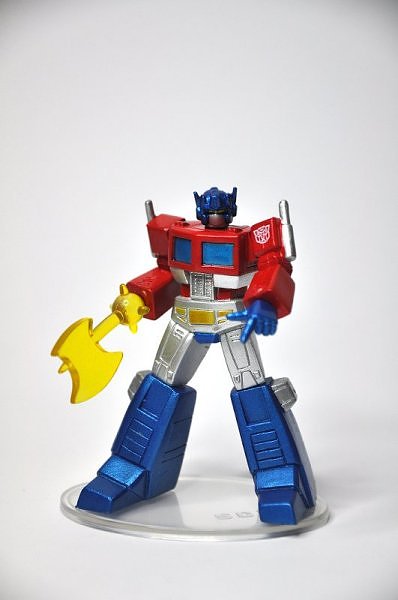 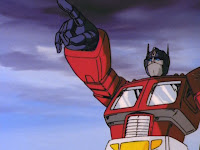 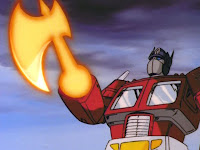 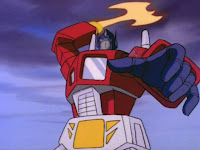 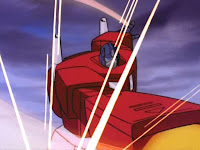 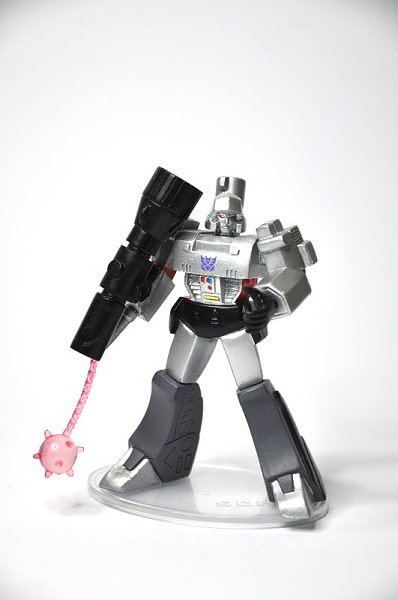 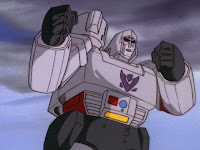 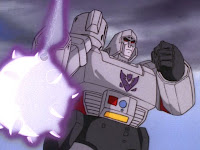 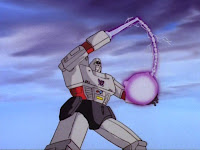 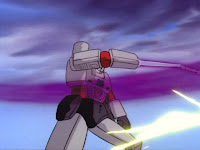 Close up of Optimus Prime 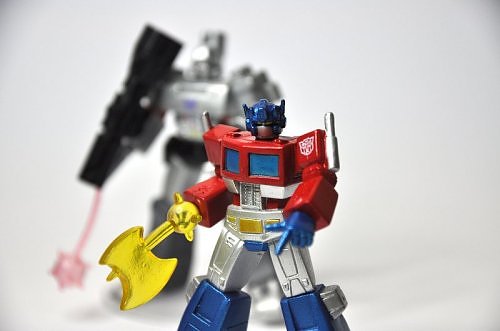 Close up of Megatron 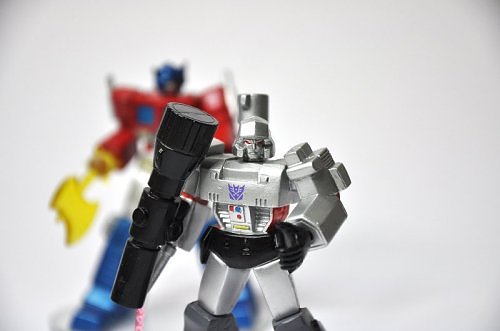 At the time, what made it even harder to get these ACT1 Chase figures was the fact that they were KO-ed by China due to their immense popularity. In other words, there were fake versions of these by the year 2001, making hunting for the genuine ones very difficult.

As an illustration, such was their popularity that the KOs extended to even larger scale renditions of their smaller sized SCF counterparts. See photo below, where the smaller Prime is actually a genuine to scale SCF figure and the other 2 are over-sized KO versions! 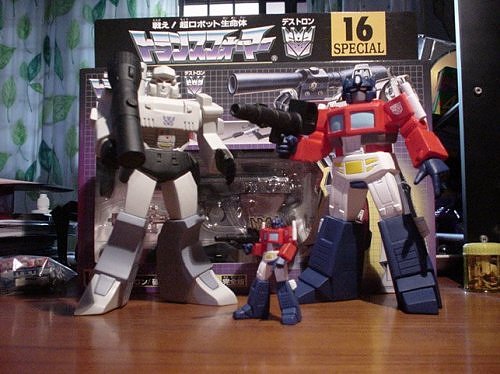