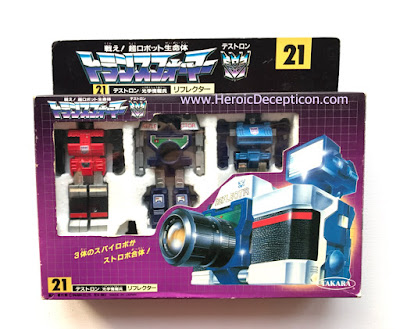 
I was just blown away. Something I missed out on awhile ago has circled back and is now part of my early Takara collection, most of which was bought from Devstar37. This is such a reunion and make this D21-Reflector a much more delightful birthday present to myself than would have initially been the case.

This story has not ended though... 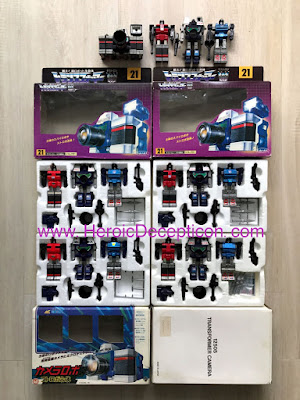 After some comparison, I realised that I had variants!

The set I just bought (which used to belong to my good friend Devstar37) was the "first release" of 21-Reflector. The words "1974, 1983, Takara, Japan" was stamped on the box, the instructions and all the robots. This was also the "skinny" missiles version with a matching flash cube for skinny missiles. The first release version matches the Diaclone Microx version in terms of molding. 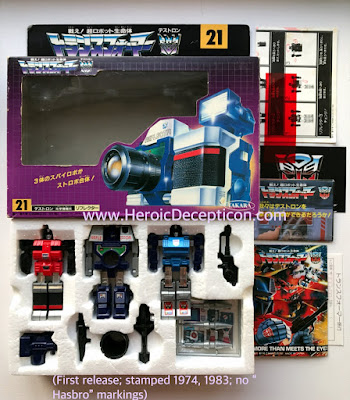 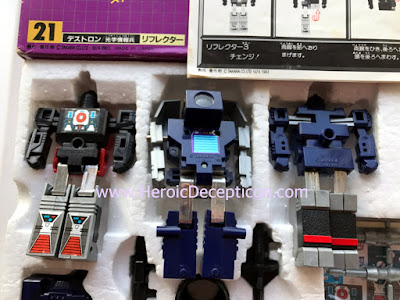 The version I had was the "second release" version. The words "1983, Takara, Japan; Hasbro" was stamped on the box, the instructions and all the robots. This was also the "fat" missiles version with a matching flash cube for fat missiles. Like other Takara early releases (like the cars), second releases have a bar code printed on the box - this version is no exception. The second release version matches the US released mailaway version in terms of molding. 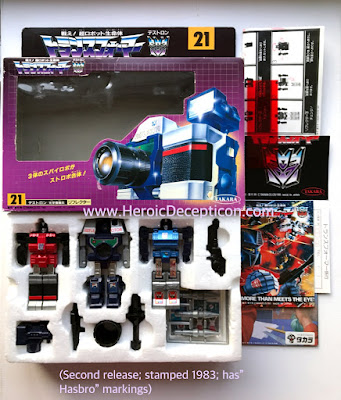 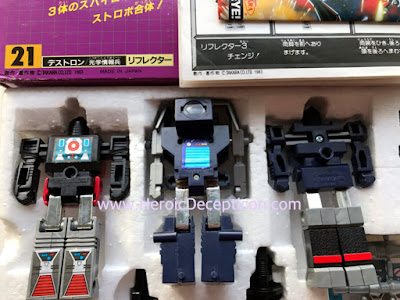 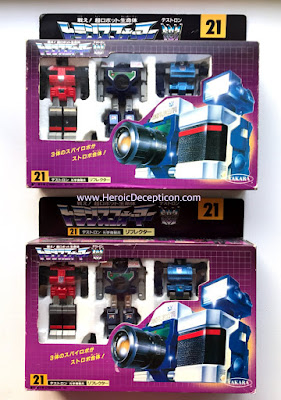 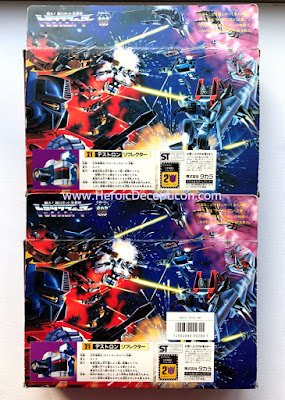 Photo comparison of the date stamps: 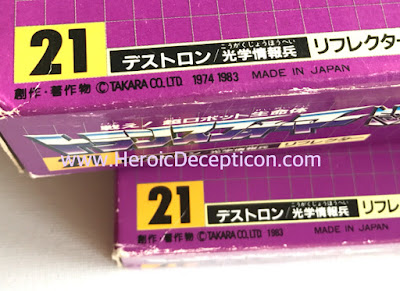 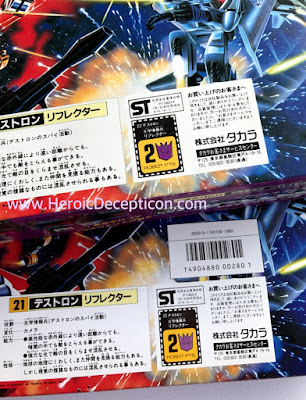 In closing, this has turned out to be a very good self-present. Not only did I reunite Devstar37's Reflector with the bulk of his collection (which now belongs to me), I also accidentally rounded out my Reflectors by having the 2 variants complete with unpunched missiles. Not bad at all!
Posted by Evil Autobot at 18:30