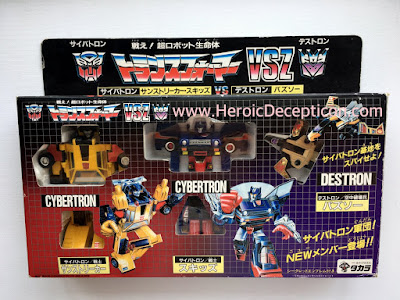 I obtained this set a couple of years ago. It was only in the past 2-3 days that I had taken the time out to photograph it properly and also to write about it.

It would be the first in a series of articles involving the Generation 1 Japanese "VS" sets.

The post focuses on the "VSZ" giftset, which is Sunstreaker & Skids versus Buzzsaw. Notably, this is the first appearance of all three of them in the Japanese line. For Sunstreaker and Skids, the VSZ set was the only time they were released in Japanese packaging.

Below is a photo of each character with their US packaged counterpart. Buzzsaw was released in the US with Soundwave. 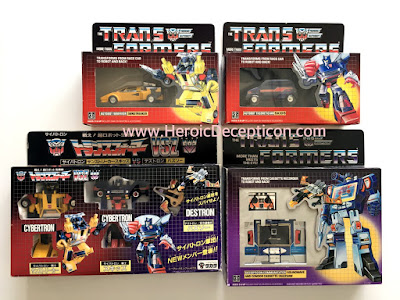 The key difference between the Takara Japanese release and US releases are: VSZ Sunstreaker has strong springs in each of his arms; VSZ Skids has a strong spring launcher; and VSZ Buzzsaw is stamped differently and have different numbers below the wings. 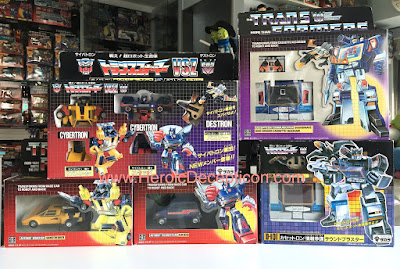 The above is a photo showing a further counterpart of Buzzsaw, as he was released as D-106: Buzzsaw as part of the D-101: Soundblaster release in 1987.

One other aspect of VSZ (and the VS sets in particular) is that the toy is packaged in robot form rather than vehicle form. This was unusual during the G1 era where most of the toys that were released were packaged in vehicle or non-robot alternate modes. 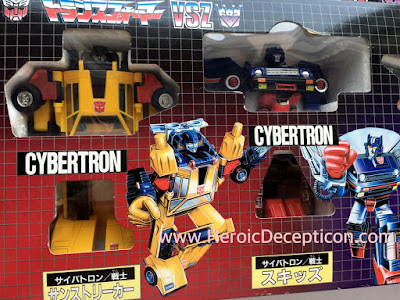 Photo showing the side of the VSZ packaging, which is very special, where 3 characters (not just one), shares the space, and there are Autobot and Decepticon characters. 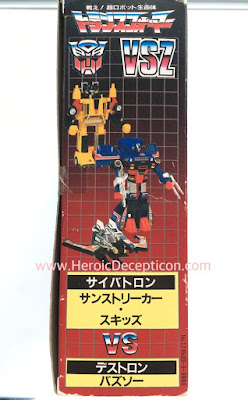 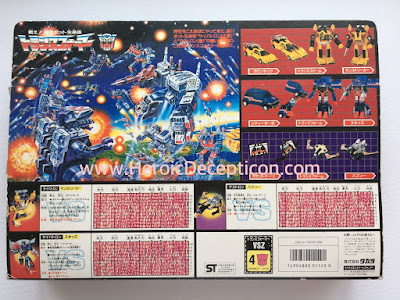 Contents of the VSZ giftset. 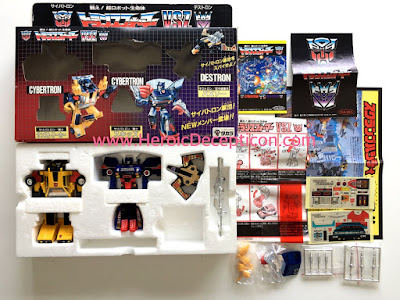 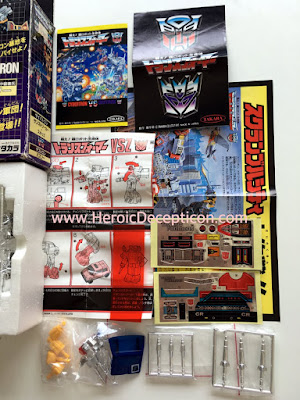 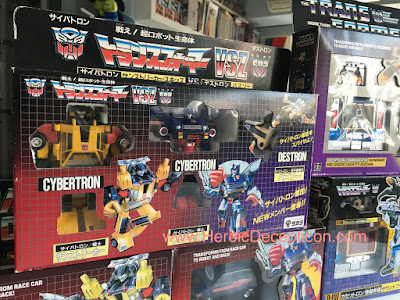