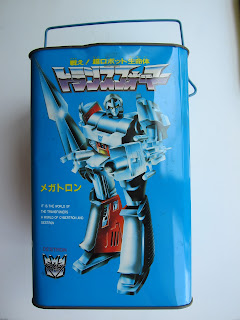 Admittedly, this is something kind of odd.

A little out left-field in fact.

I picked this up a few weeks ago during one of my toy hunt forays from a shop that I didn't previously buy something from.

It has a square cross section, has four sides and looks rectangular. It even comes with a carry handle in case kids can't handle the biscuits.

This is the the Convoy (Optimus Prime) side of the tin. Has the words: "It is the world of the  Transformers... a world of Cybertron and Destron..." Don't make a lot of sense, but good enough I guess. Copyrighted "Takara . NTV". 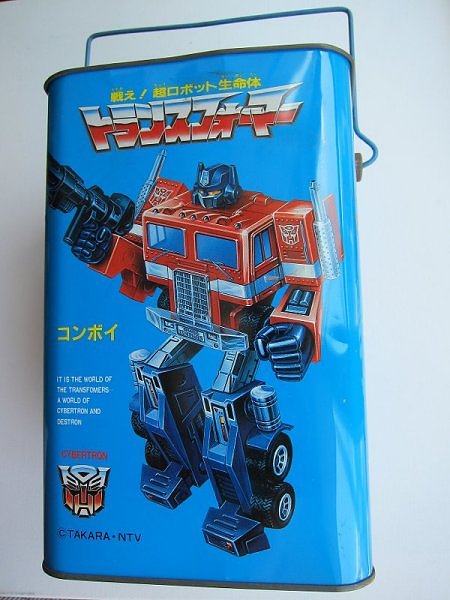 This is the Megatron side. Has much the same words as the Convoy side of the tin. Not sure how the characters that were to appear on this tin were selected, other than the obvious choice of Convoy and Megatron. On another side is Broadblast (aka Blaster). Very nice box art I must say. 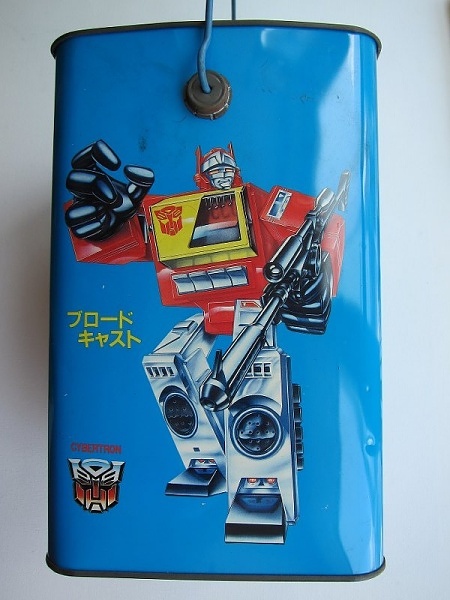 And then there is Blitzwing. Maybe the selection was, the 2 faction leaders (who are on the 'A list') and then another 2 characters, one from each faction on the 'B list', with names starting with "B". Hahaha... okay, that was cheeky, but then I can't think of any other reasonable explanations right now... 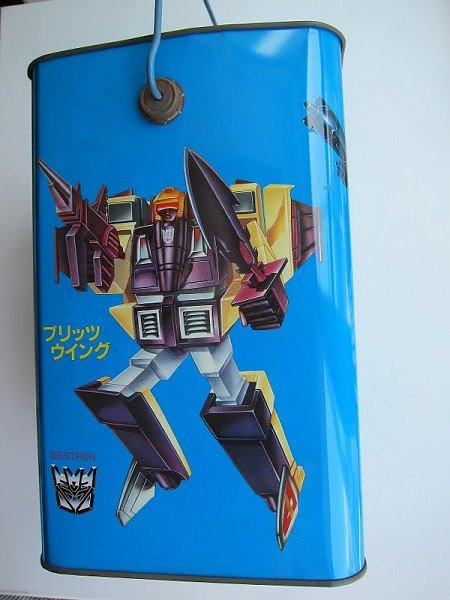 Shots of the tins from an angle. 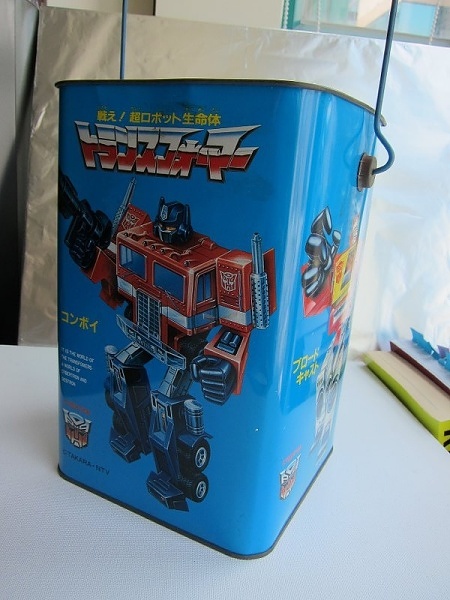 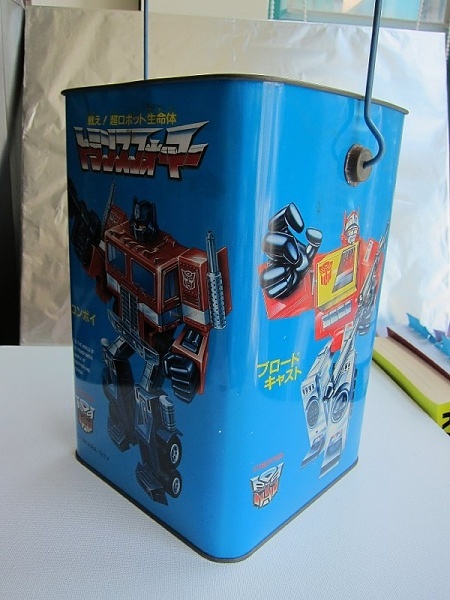 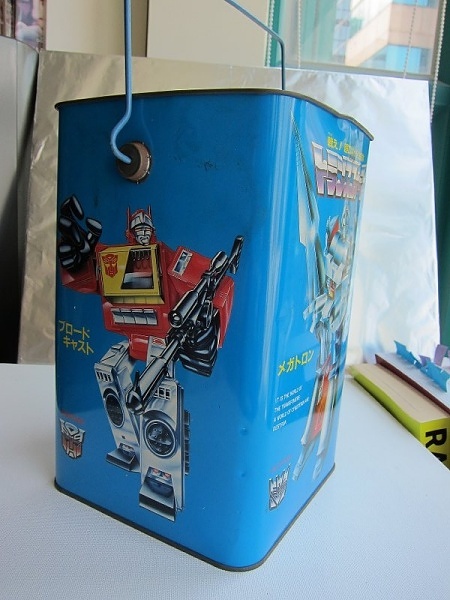 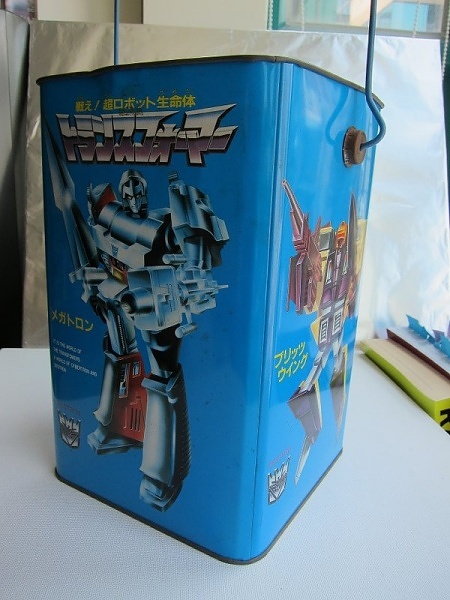 Size comparison with a G1 Springer. The tin is actually quite large. The biscuits in there could probably feed a platoon of ravening children. 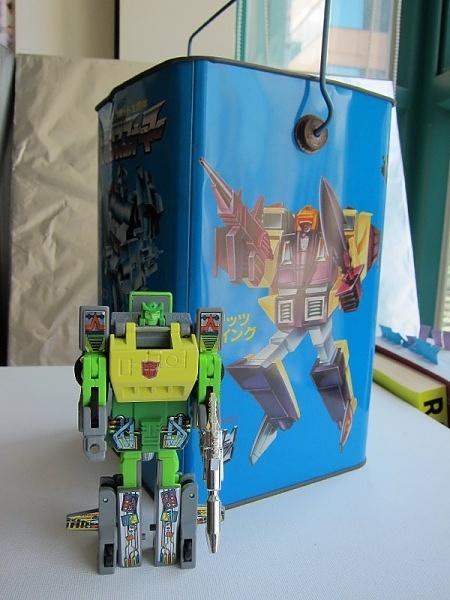 Close up of Convoy. 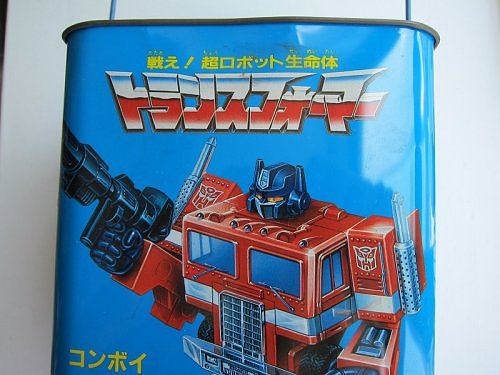 "It is a world of the Transformers... a world of Cybertron and Destron..." 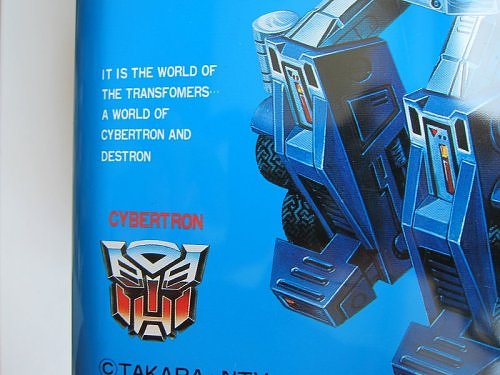 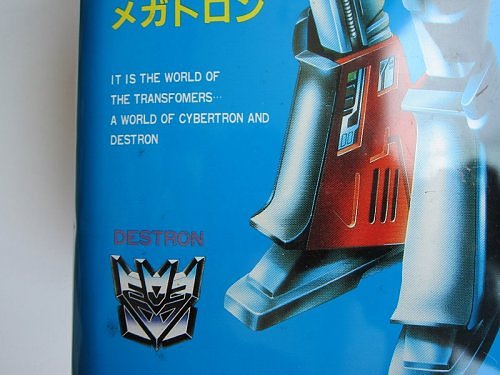 Posted by Heroic Decepticon at 12:47