PE-11: SFX Scouting Force (aka Reflector) and other acquisitions

It's been awhile since I updated with acquisitions. Truth be told, the lull is due to the TF3 movie's impending release - 99% of Hasbro of Takara's toy releases up till the movie and then some months after are going to be inevitably tied to or related to the movie. I have next to 0% interest in the movie toys. Unless they do something like "Revenge of the Fallen" Bludgeon, which is more a G1 homage than a "movie" toy, I don't see myself getting too excited in the upcoming months, Transformers toys-wise.

Here are some acquisitions I picked up in the last 2-3 weeks (yup, 4 toys in almost a month!). 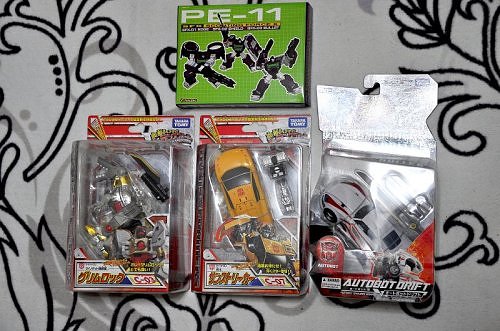 To my mind, this is by far the best release and a near perfect homage to G1 Reflector - in fact, its even better than G1 Reflector because the 'bots look like Reflector did in the cartoon. Spectro and Spyglass are also subtly coloured differently so that one can identify which is which. The set is just packed with accessories, all of which has a lot of play value. If the plastic quality is better, I could almost have mistaken this for a FansProject release, just based on the design and execution itself, and that is saying a lot about how far Perfect Effect has come. 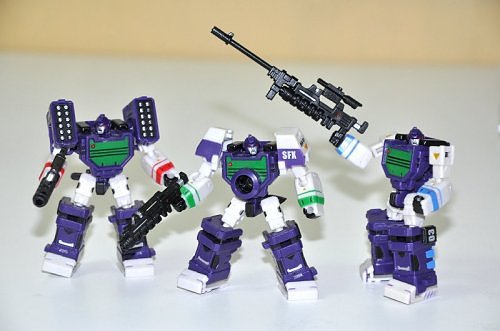 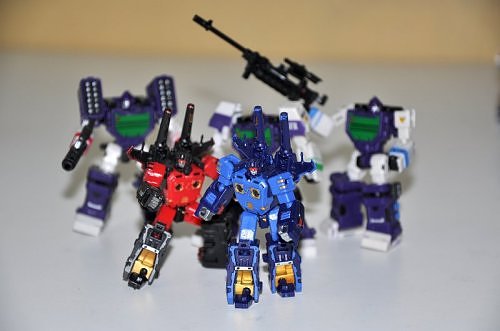 Ok, I just transformed PE-Reflector. I am upgrading my assessment of this set from "very nice" to "awesome".

Seriously, hands down the very best release by PE so far. The transformation is great. There is no left-over kibble when its in camera mode and mounted on its tripod - all the parts, and there are a lot, fit somewhere (whether its inside the lens or at the base of the camera.

I gotta say this again, PE-Reflector is awesome.

I am holding it in my hand this very moment.

G1 Reflector should have been this good (ah, sacrilegious!).

On that note, check out today's post *hint*
Posted by Heroic Decepticon at 22:19