"Let's see what you can see, Reflector"

More on the Reflector trio, from More Than Meets The Eye. 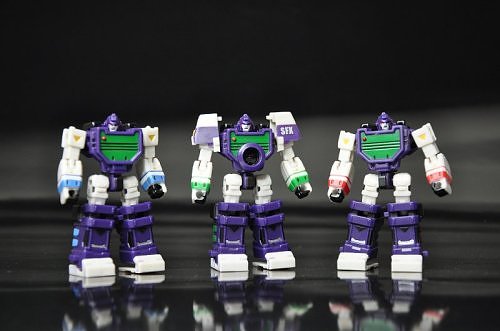 Admittedly not the most interesting scene and perhaps not as interesting as what the other scouting team did with Rumble, but it was memorable to me nonetheless. Over the years, I still kept using the phrase "let's see what you can see". If it's any indication, the guys at TF Wiki appear to be quite fond of this phrase too as it is used as the caption for certain pages there.

"I can't believe the Autobots survived." - Reflector trio speaking simultaneously, commenting on Hound's rescue by Ratchet, Cliffjumper (and Grapple).
"Neither can Megatron. He'll blow a fuse when he finds out... Hey, what's that?" - Thundercracker to Reflector 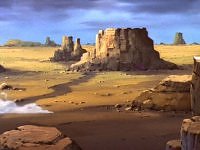 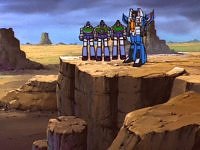 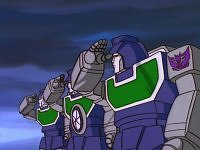 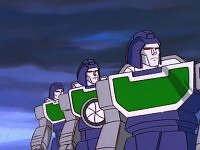 "Ok, Reflector, let's see what you can see" - Thundercracker to Reflector
*Reflector transforms and shrinks into camera mode* 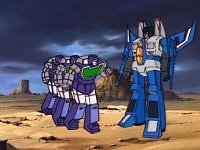 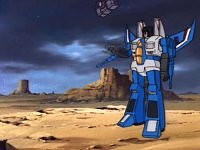 *snap* (wow, Reflector is a polaroid camera too!) 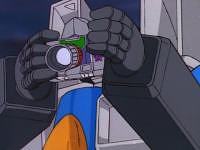 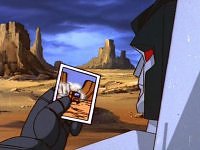 This is my favourite shot from the above scene. 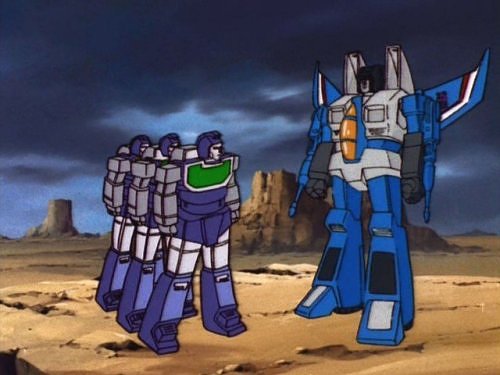 Toy diorama trying to replicate that scene. As can be seen here, PE-Reflector's scale is actually quite on the money, even though it is tiny. (Note: for the eagle eye-ed photographers out there, I did something with the lighting to make Thundercracker look more light blue in the photo than the toy actually is, no post-editing, this is the raw photo!) 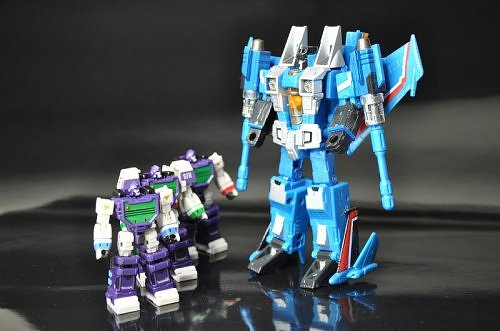 Close up shot of Reflector. My, these guys look really good. 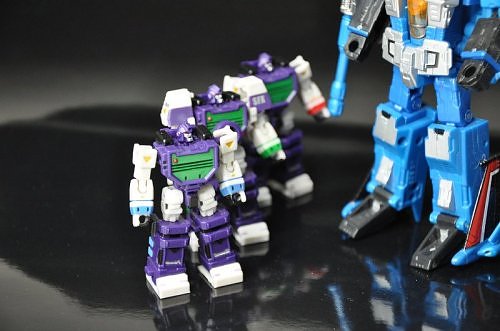 Thundercracker trying to 'see what he can see'... 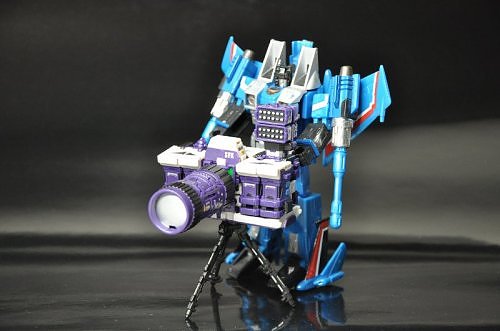 Posted by Heroic Decepticon at 12:23