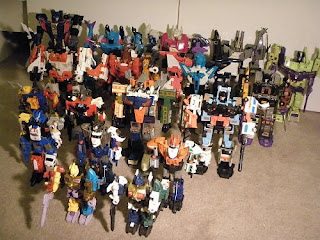 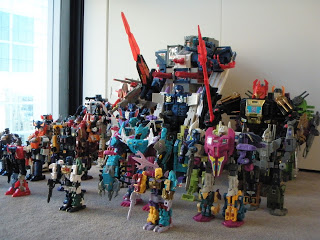 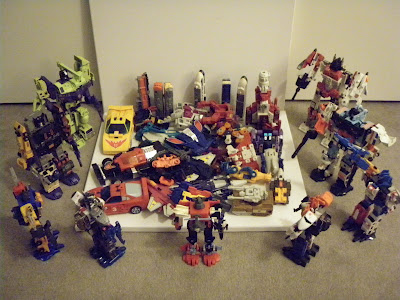 The battle lines are drawn. Megatron has deployed all the Decepticon combiners. Optimus Prime responded by also deploying all the Autobots' combiners to defend against the Decepticon assault. Landcross is otherwise engaging Predaking in the Wyoming jungle. 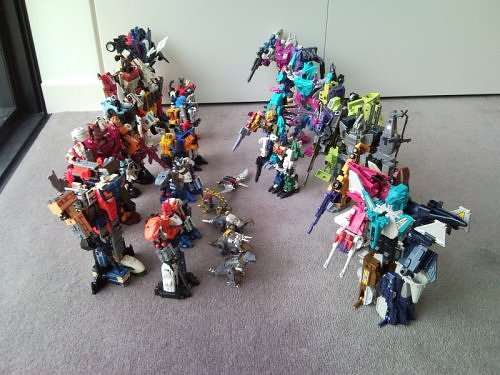 The Dinobots have joined the fray and is designated to take on Devastator. Grimlock has ideas of his own and intends to rally his troops against Dinoking - who shall be king of the dinosaurs? 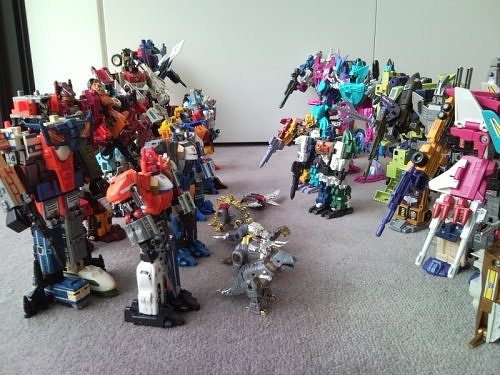 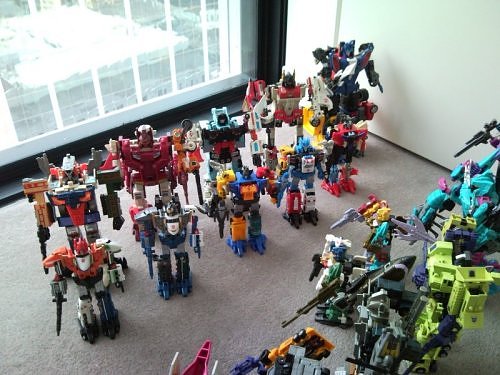 The Autobot combiners and the Dinobots. 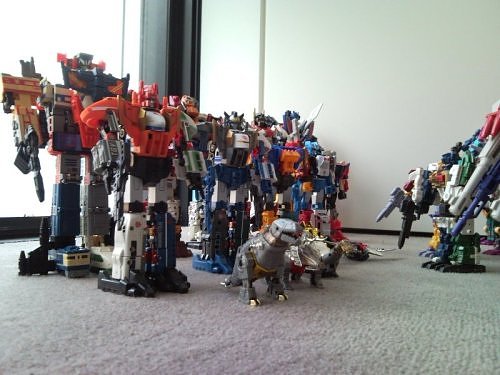 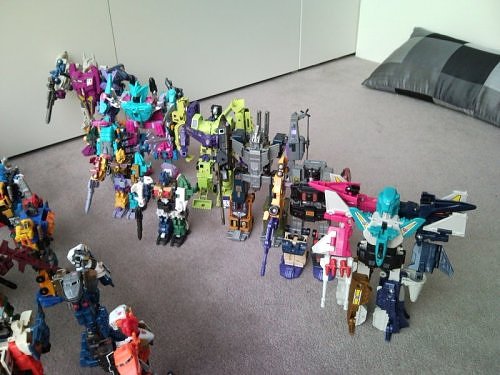 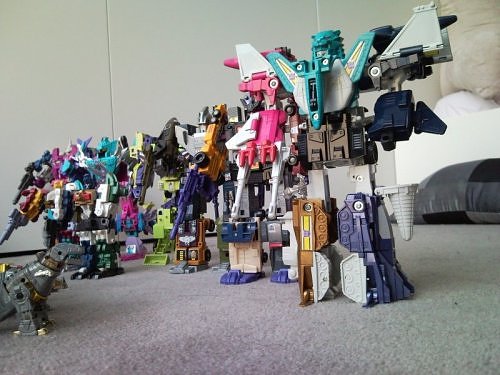 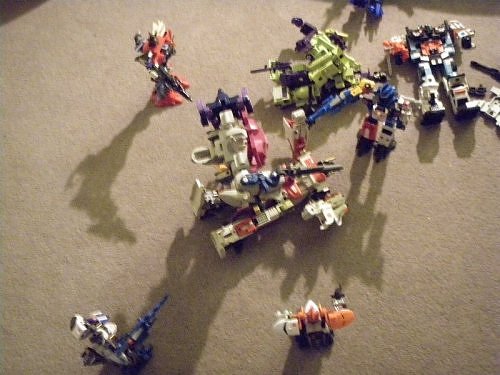 Superion falls to the aggression of Abominus (note to self, Superion is the combiner I like the least) 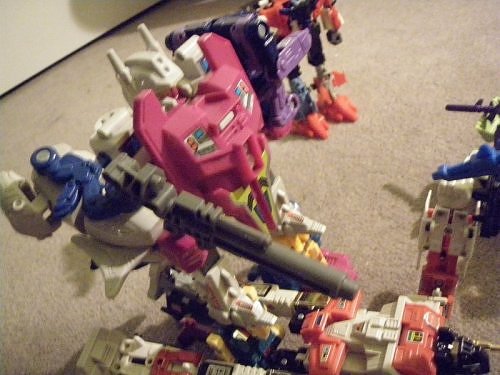 Piranacon picks off the pieces. 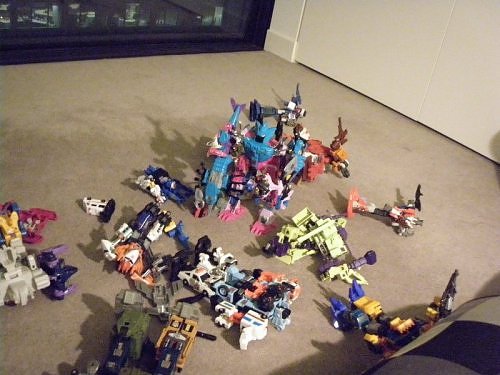 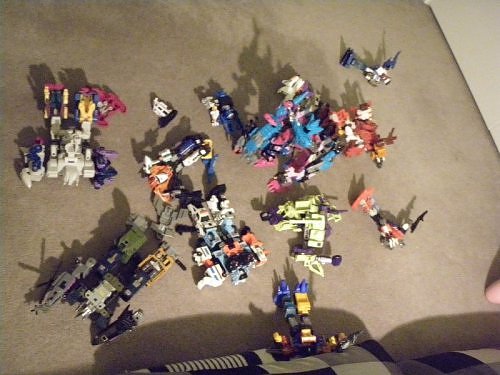 Posted by Heroic Decepticon at 21:42