I have always been fond of Springer since I was a kid. There's just something about his colour scheme that I really liked - the combination of light green, grey and yellow with the baby blue window. Such pastel coloured harmony.

Of course, his benign colours do mask the fact that he is one of the most fearsome Autobots out there and the leader of the Autobot army's crack commando squad - The Wreckers. Wow, such a guy. And he transforms into 3 modes too. And he carries a sword.

Oh, his box art (below) is awesome too. 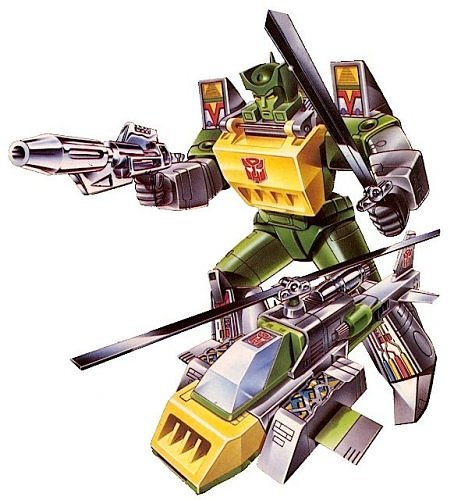 One of the difficulties in obtaining this piece is perhaps how one just cannot tell from the sale or auction photos whether the piece has a metal chest or not. The metal and plastic chest versions look 99% identical in photos.

The second difficulty was of course getting a metal chest Springer that does not have paint chipped off the metal chest. With most that I have come across, each corner of the chest inevitably has paint chips and are therefore unacceptable for my collection.

After a few months of looking, I finally found one on eBay that looked just perfect. 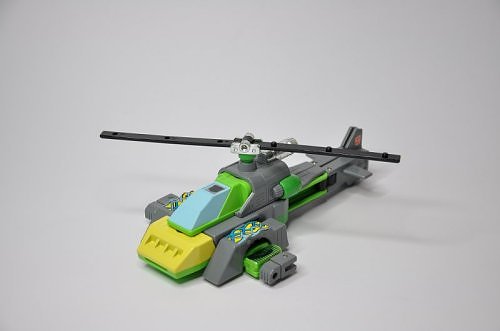 No paint chips on metal chest. 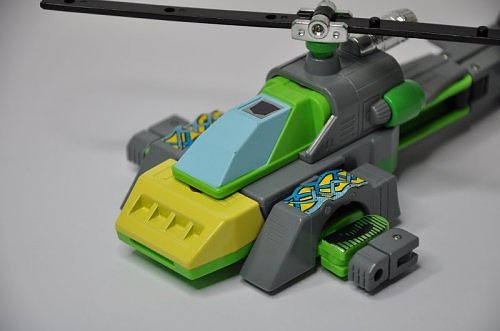 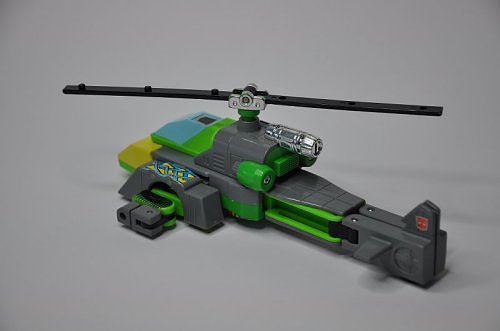 Custom Autobot symbol to match his depiction on his box photos. 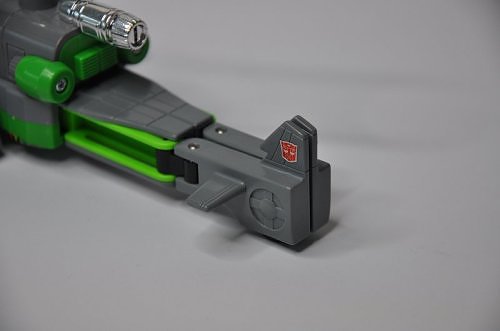 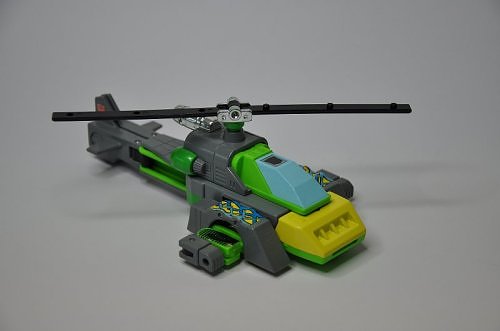 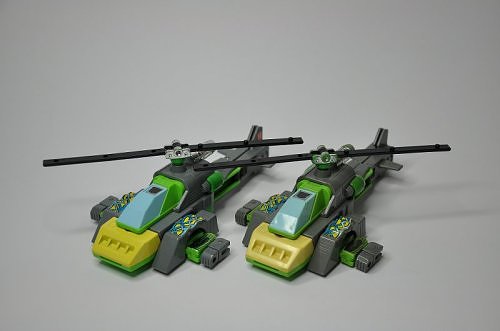 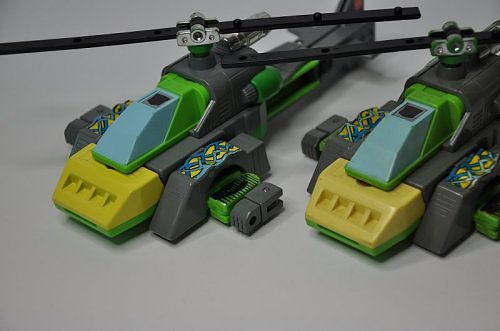 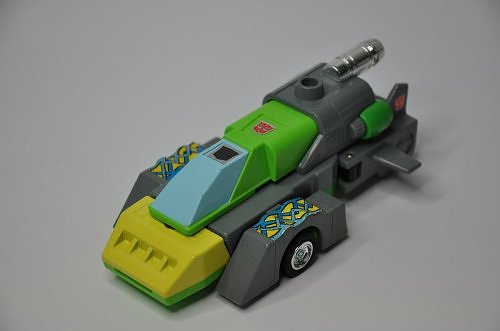 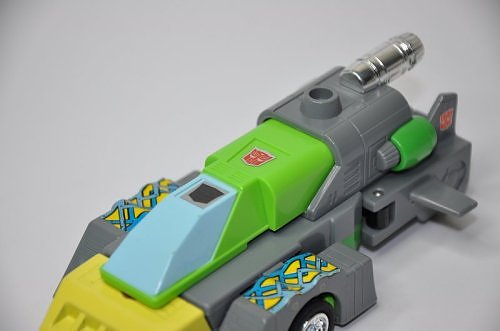 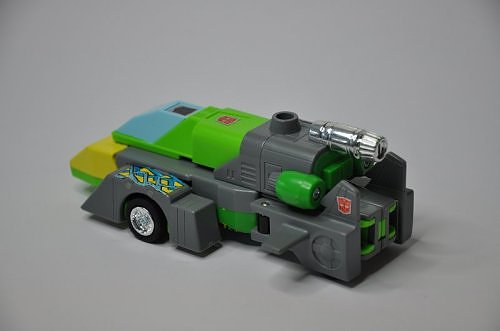 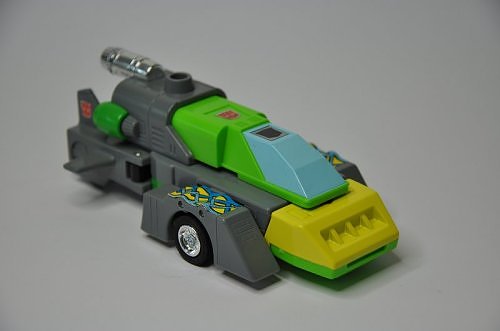 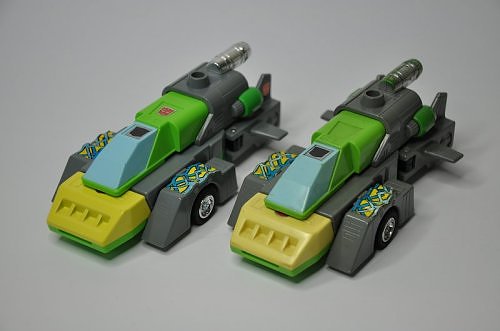 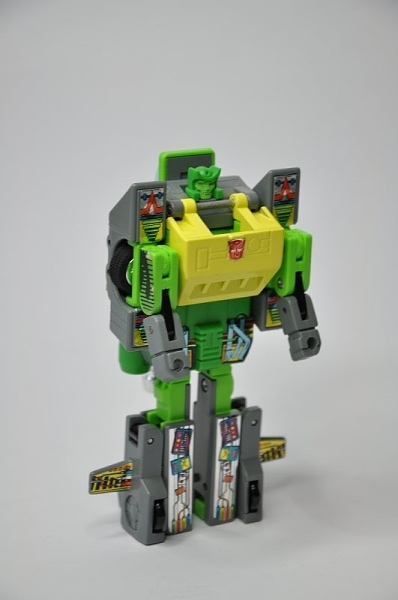 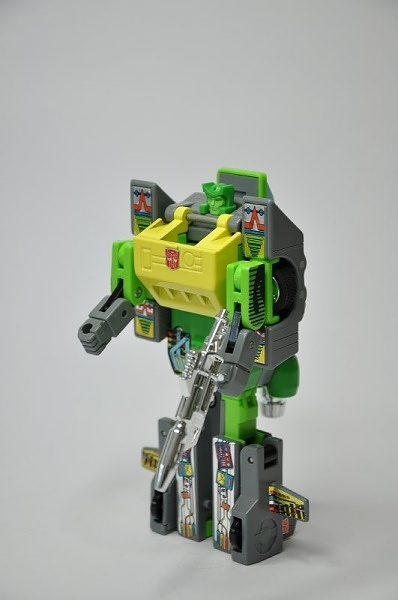 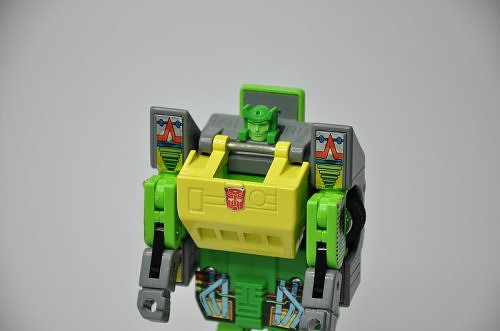 With the variant blue ear Cyclonus 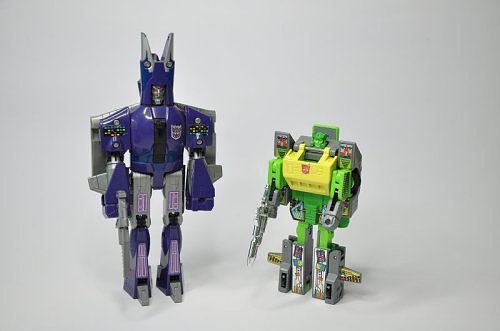 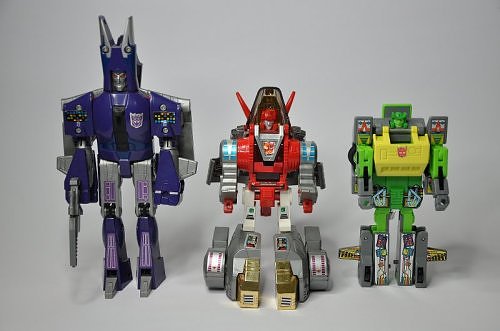 Comparison with plastic chest Springer (on right) - if shown side by side, it's pretty apparent that the plastic chest version is of a lighter shade of yellow. 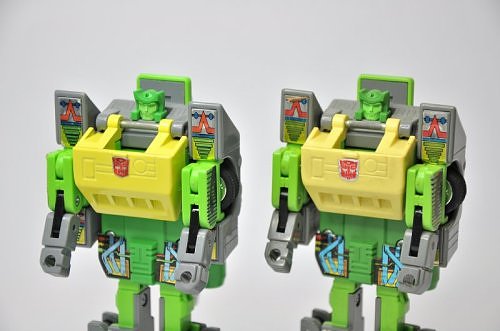 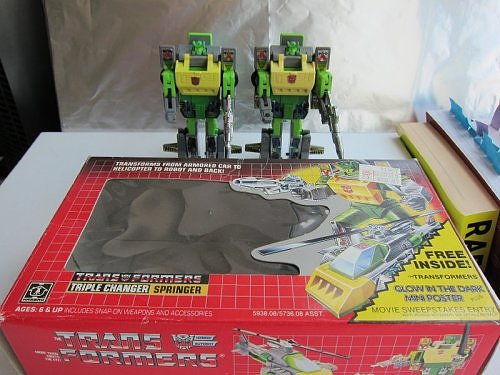 Without a doubt, I think that the metal chest Springer is superior to the plastic chest one. Die-cast parts in 1986 toys were already becoming a rarity.

I guess one question remains - why did Hasbro change the chest to plastic? Was it to cut cost? Or was it something else?

For Springer, I think the reason is two-fold - (i) to cut cost; and (ii) for the toy to better balance. The metal chest version exhibits a tendency to keel over because it's too top and front heavy. Keeling over also means it may inadvertently chip the paint off the metal chest. What a vicious cycle!
Posted by Heroic Decepticon at 19:50