I bought this together with the Hot Rod and Arcee model kits as a set.

This Elita-One model kit is perhaps the only rendition of Elita-One in its full G1-accurate tangible collectible or toy form since she appears in the G1 episode "The search for Alpha Trion". Diamond select did an Elita One bust, which by definition was not a full Elita One figure.

Due to the lack of Elita One collectibles or toys and her 'romantic' connection with Optimus Prime, this is perhaps the most desirable of all the 3 MC Axis model kits. Alvaraz in his Unofficial Guide to Japanese and International Transformers (published in 2001) estimates that the Elita One kit is worth US$500-600 unassembled (page 137).

He says: "These are the very, very, extremely rare Elita One [and Arcee] vinyl model kits... These models stand almost 5-inches high when assembled, and sell for [USD]$500-600 each".

A larger shot of the front of its stunning box. According to TF Wiki, the way "Elita One" is spelt has been a bone for contention with fans for many years and this box settles it once and for all. Interesting and all, but I didn't know that such contention existed! 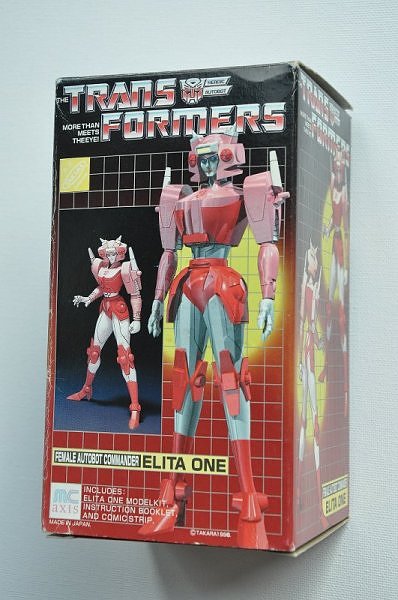 Side of box. Like the Hot Rod box of the same side, this shows computer rendered images of the model kit. The Elita One box on the other hand, shows a painted version of the Elita One model kit inside. 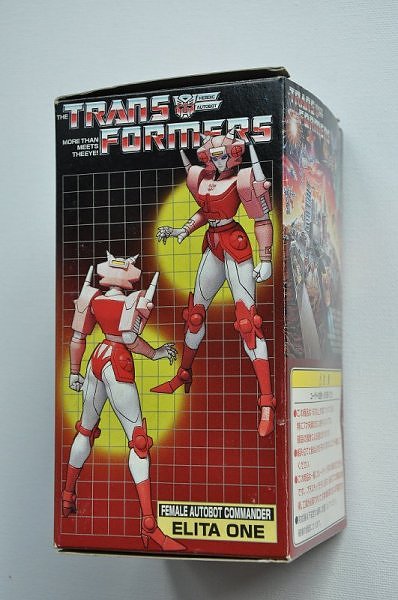 Other side of box with a beautifully drawn rendition of Elita One by Yoshi and Elita One's tech specs and bio in Japanese. 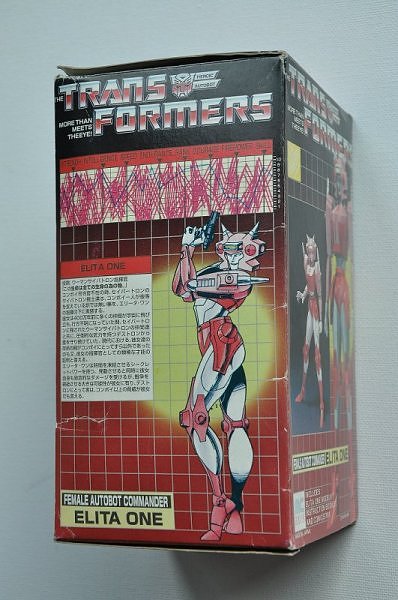 Close of tech specs, which is worthwhile noting because this is one of the first (and perhaps only) instance where Elita One's tech spec read out is available: Str 9 Int 10 Spd 7 1/2 End 6 Rank 9 1/2 Cour 10 FP 3 Skill 9 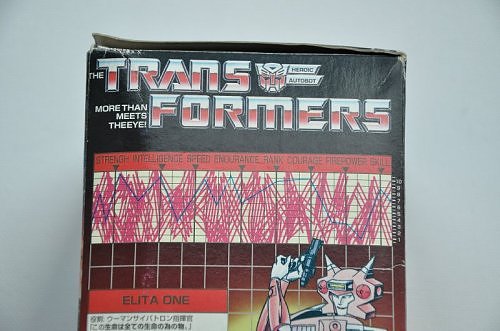 Close up of Elita One bio. If only I can read Japanese, sob! 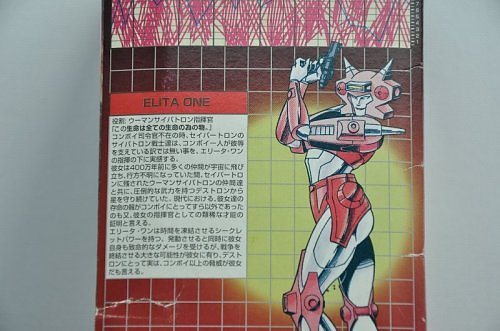 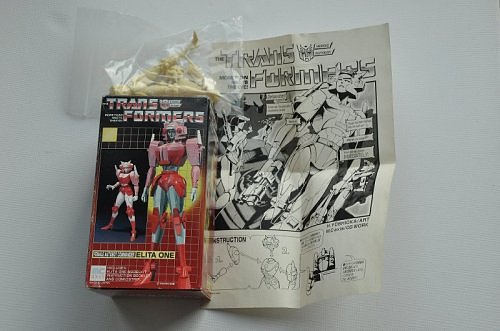 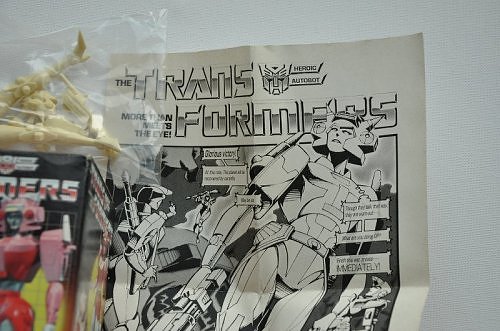 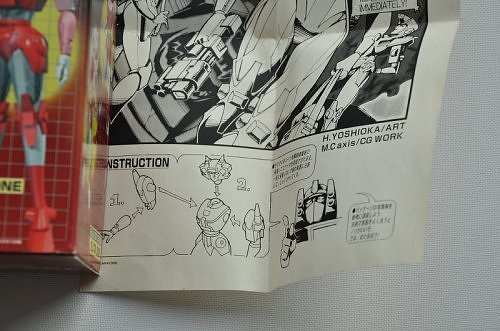 Here, I have just put the model kits parts together (without glue) to give an idea of what the finished kit would look like. Unlike Hot Rod, there are no extra parts like guns, add-ons, etc. 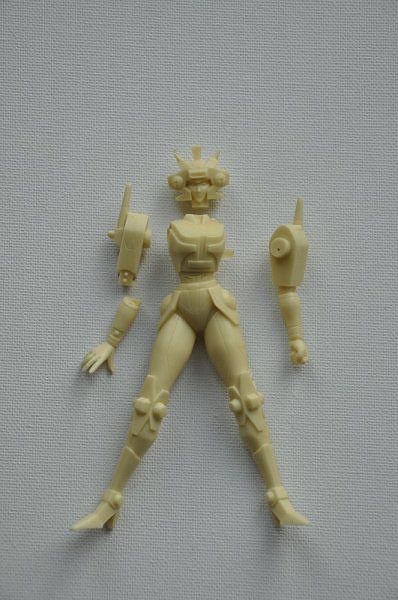 Close up of the head detail, which I really like and I think is very G1-anime accurate 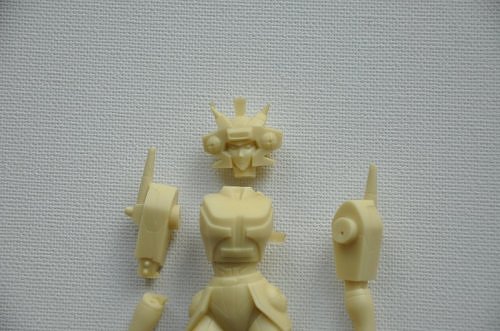 Posted by Heroic Decepticon at 15:23