I bought this sometime in December last year.

When I first saw it in ToyZone16 at Causeway Bay, I had no idea what it was. I had to go back and do some research on TF Wiki and also on Alvarez's guidebook before I had an inkling what it was.

This Hot Rod model kit was part of a series of 3 model kits produced by a company called "MC Axis" in 1996 (licensed by Takara). It's odd because it's about 8-10 years too late to be producing a Hot Rod model kit since Season 3 ended in 1986.

Still, this is a pretty stunning piece, as can be seen, with the box being clearly G1-inspired. 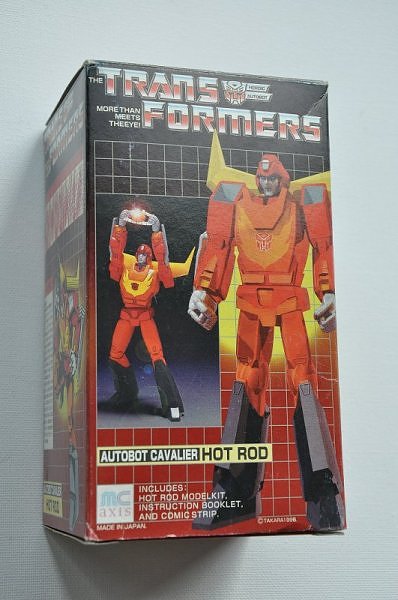 Close up of the bottom of the box. "MC Axis" and copyright "Takara" can be seen; includes 'Hot Rod model kit, instruction booklet and comic strip'. 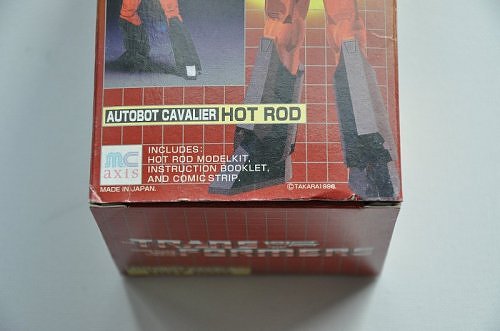 A side of the box showing Hot Rod with different optional parts. 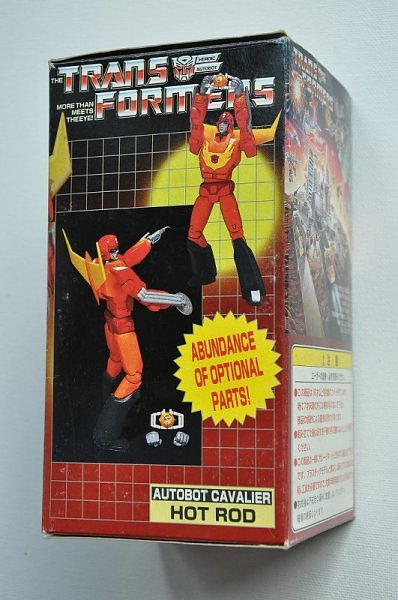 Another side of the box with G1-ish Hot Rod artwork by Japanese artist 'Yoshi' and Hot Rod's tech spec and profile in Japanese. 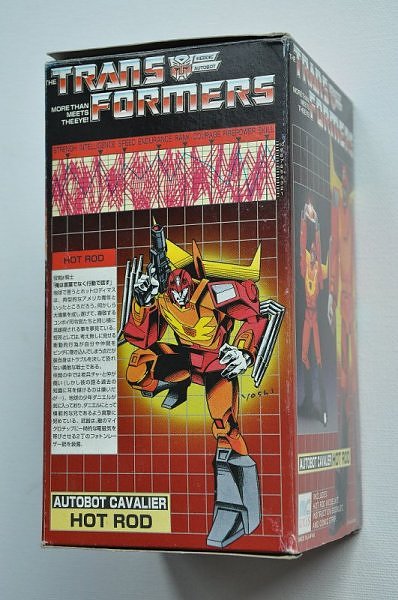 Close up of tech specs. I wonder what it says? 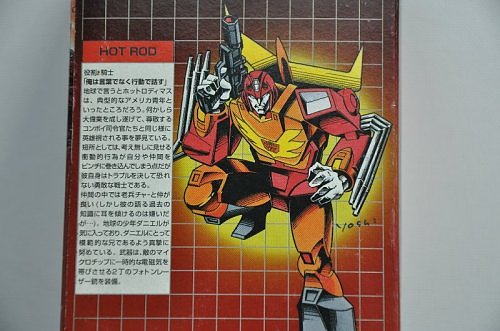 Showing its unused contents. It appears that the 'instructions' and 'comic strip' are one and the same thing. 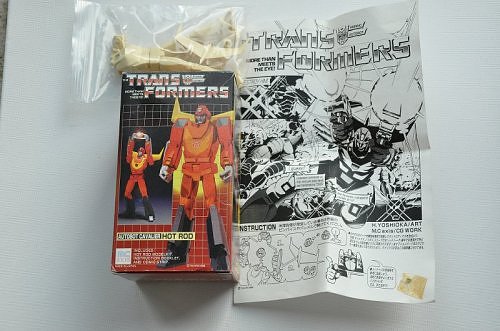 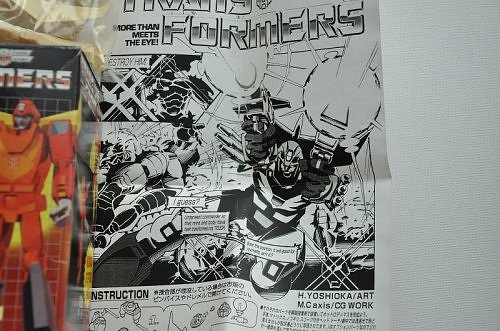 Even the 'jewel' to stimulate the crystal at the center of the Matrix of Leadership is included. The Japanese do pay very much attention to detail! 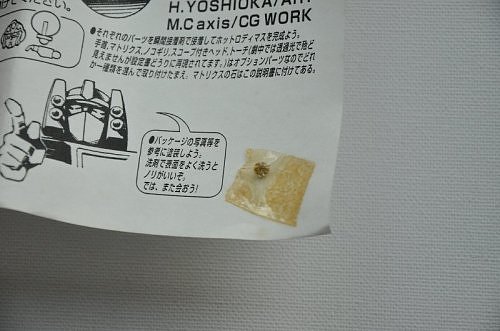 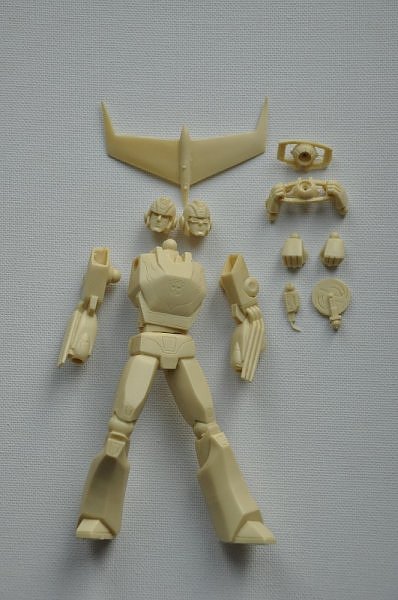 Close up of heads 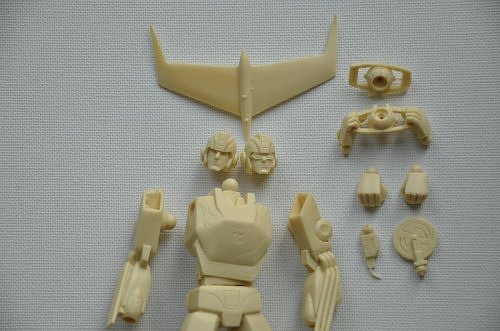 Posted by Heroic Decepticon at 19:03