This Arcee kit is one of the few official licensed and truely G1 looking Arcee molds that were made in the  time since TFTM introduced her. There was never an official transforming toy with the G1 Arcee like-ness and the statues of Arcees made over the years, still pale in comparison to this particular mold.

What sets this apart from the other releases is also the really G1 looking box that it came in.

It's very nice and easily one of my favourite MC Axis model kits.

A larger shot of the front of its stunning box. Compared with the Hot Rod one, the Arcee box additionally contains her motto "Looks are always deceiving" 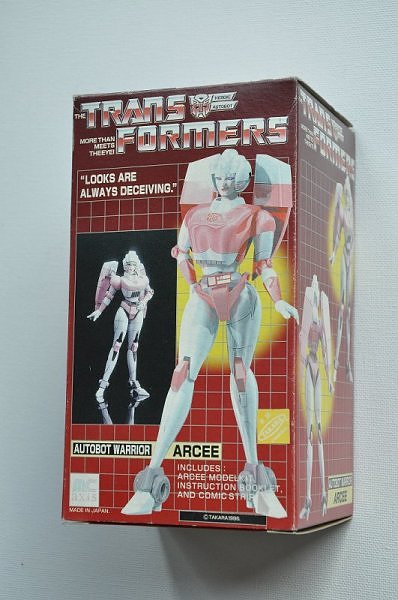 Close up of the bottom of the box. "MC Axis" and copyright "Takara" can be seen; includes 'Arcee model kit, instruction booklet and comic strip'. 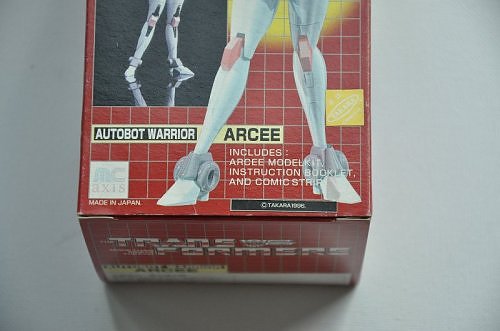 Side of box. Unlike the Hot Rod box of the same side which shows computer rendered images of the model kit, the Arcee one shows a painted version of the model kit inside. 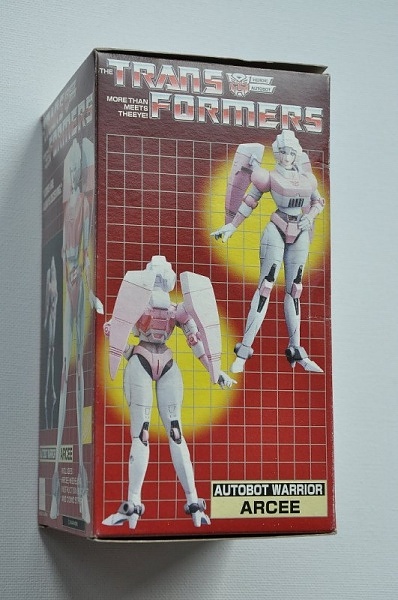 Other side of box with a beautifully drawn rendition of Arcee by Yoshi and Arcee's tech specs and bio in Japanese. 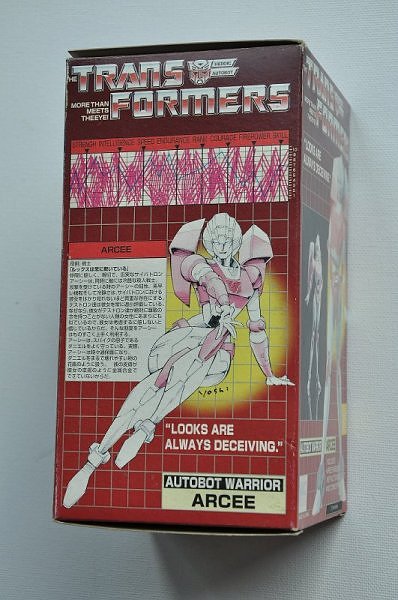 Close up of Arcee bio. 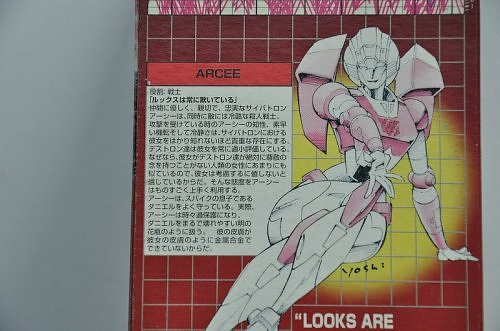 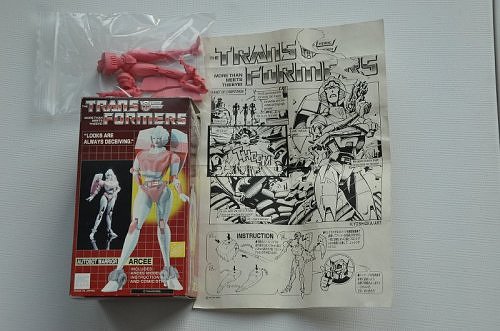 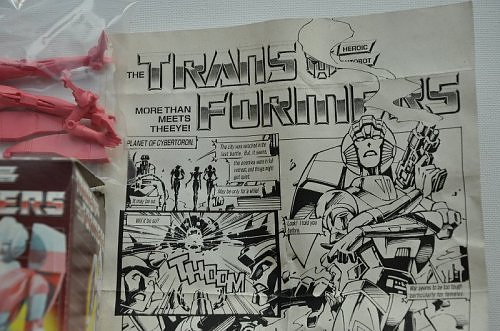 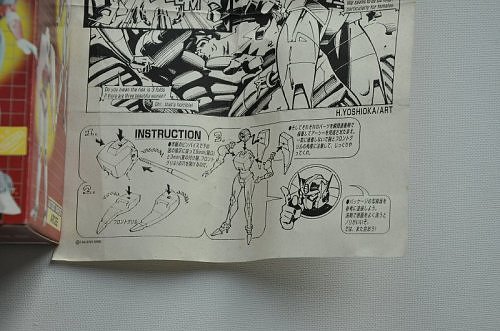 Arcee kit parts. The base resin colour is dark-pink, different from Hot Rod's base colour which is cream/ beige. 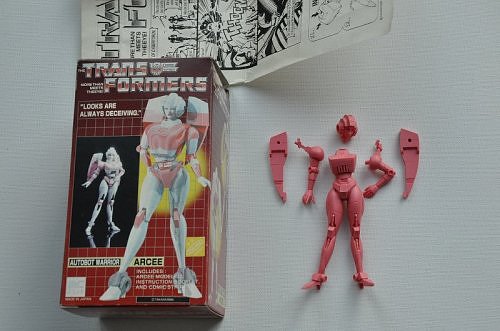 Here, I have just put the model kits parts together (without glue) to give an idea of what the finished kit would look like. 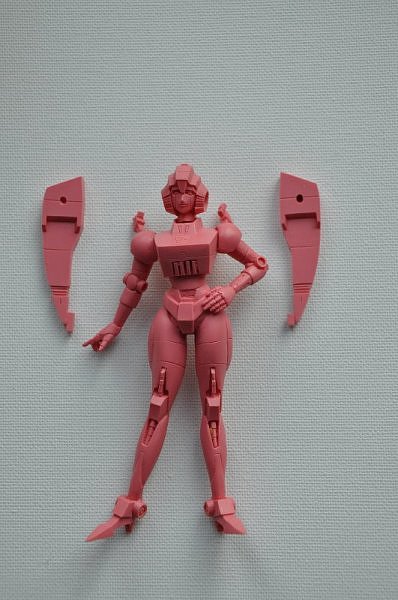 Close up of face sculpt 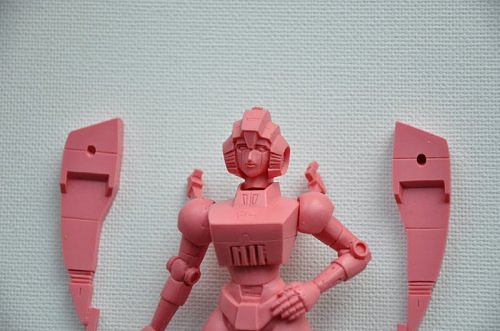