This is piece #22 of 36 of the 36-piece mega-lot Japanese boxed Mail Away Ratchet. 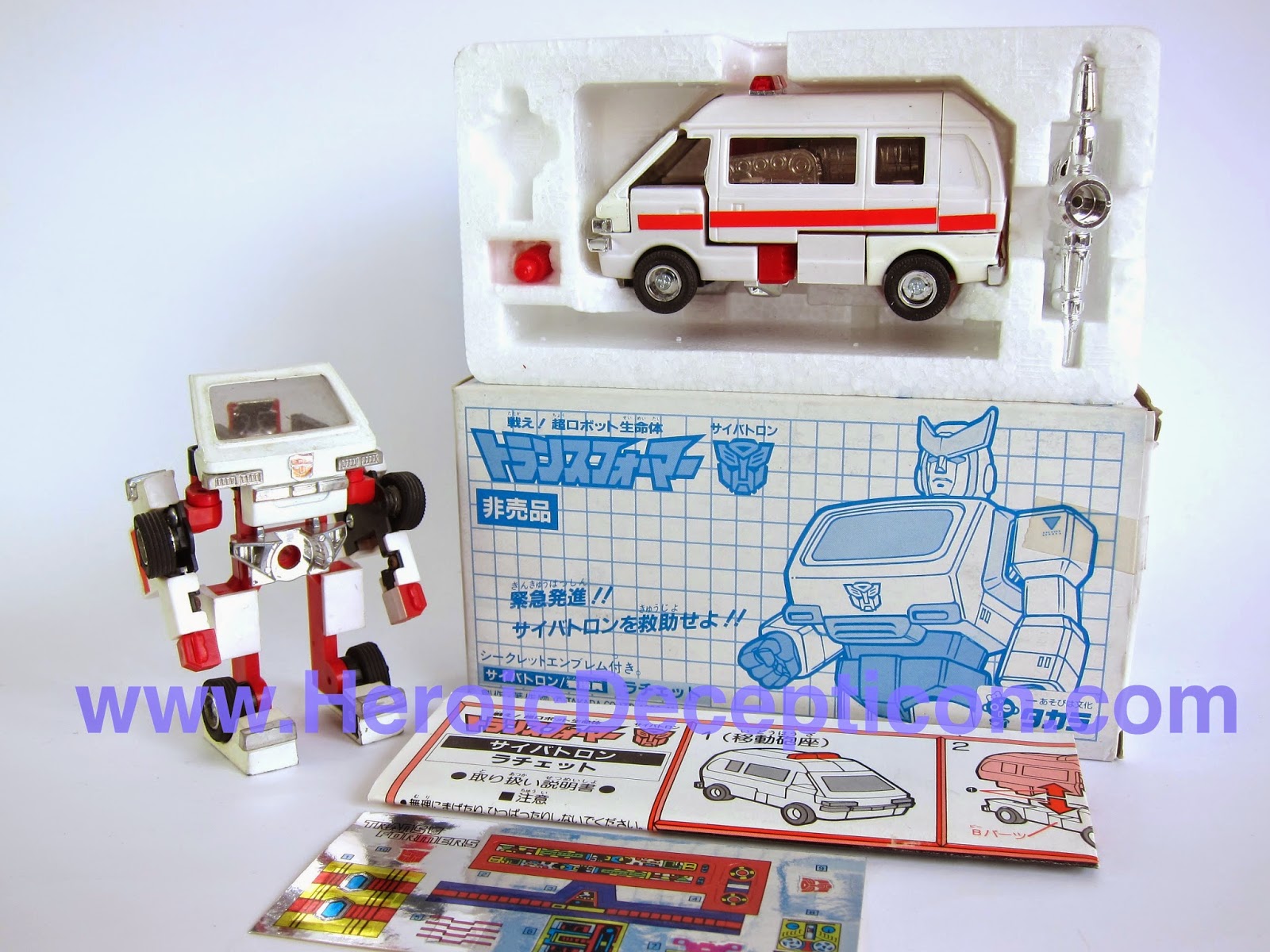 There isn't really that much to say about this piece other than it's a mailaway "exclusive" in Japan, as can be seen by the words below. 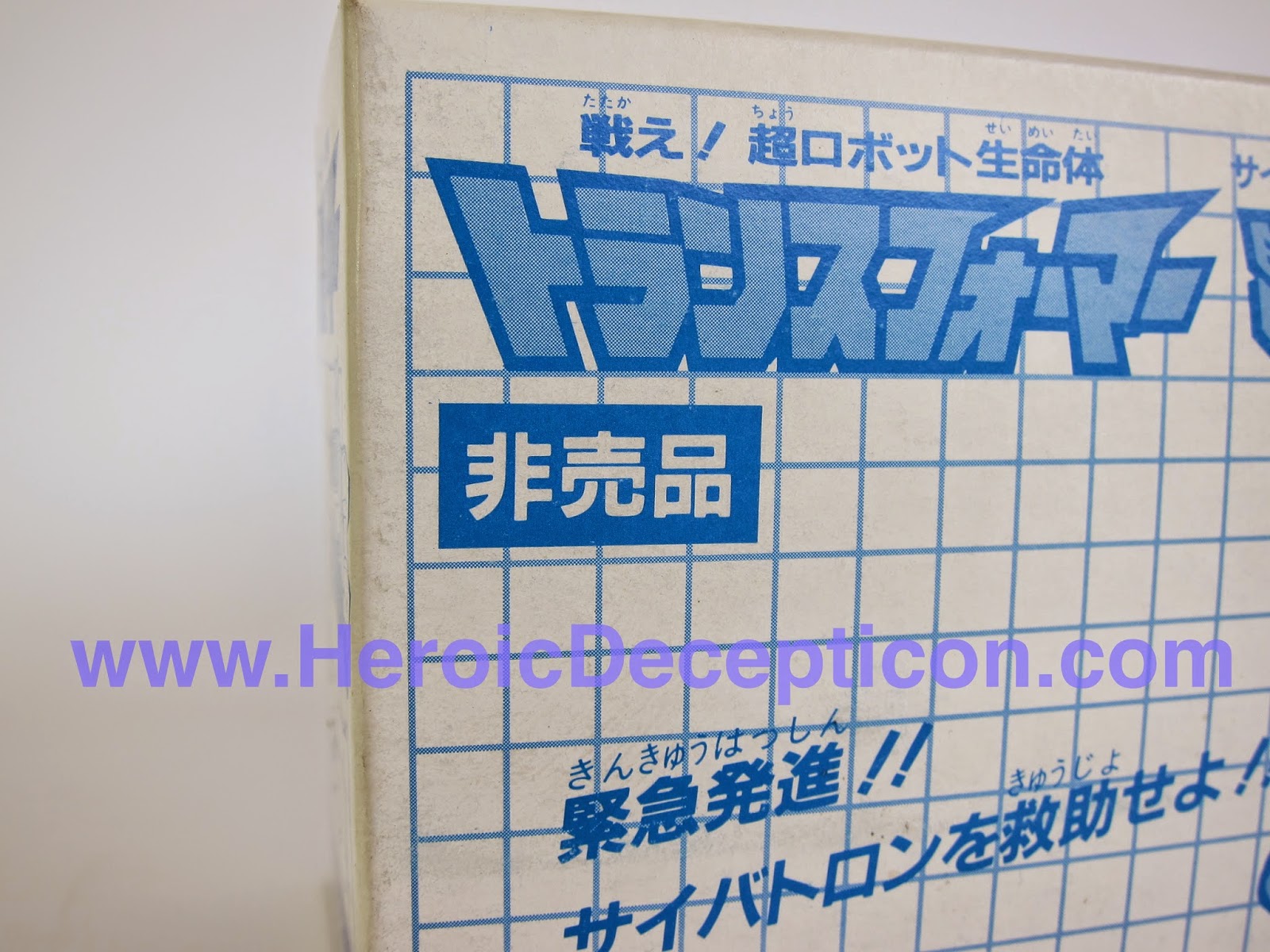 I believe there were 2 versions of Mail Away Ratchet - one is in a complete white box with some black Japanese words on it; and the other is the one you see below, white box with blue line art. 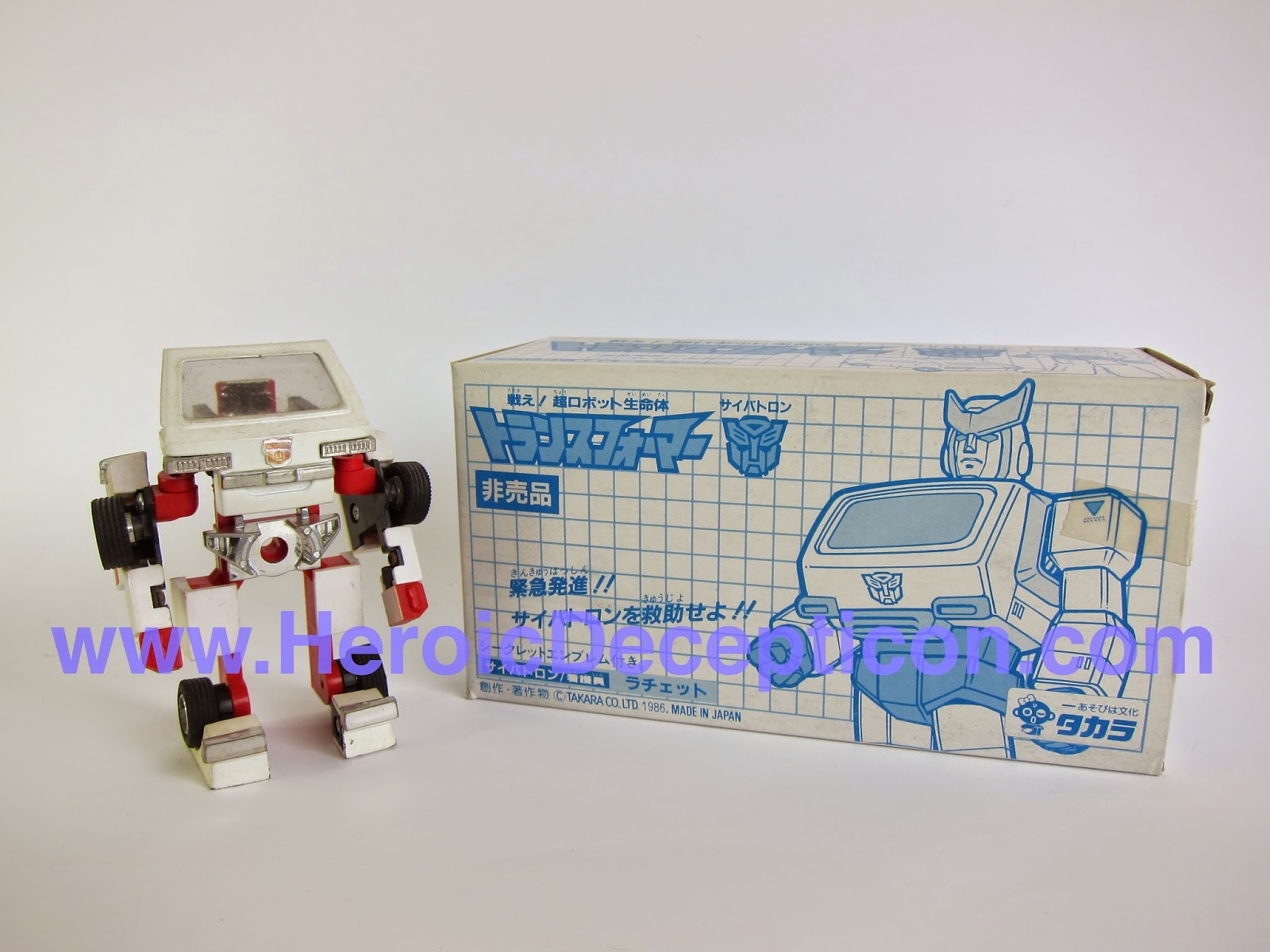 The line art is actually a slightly touched up and 'improved' version of the Ratchet in the early Marvel Design sheets which were used for artists and animators as a reference when they drew or animated Ratchet. I believe the original drawing was probably done by Floro Dery. 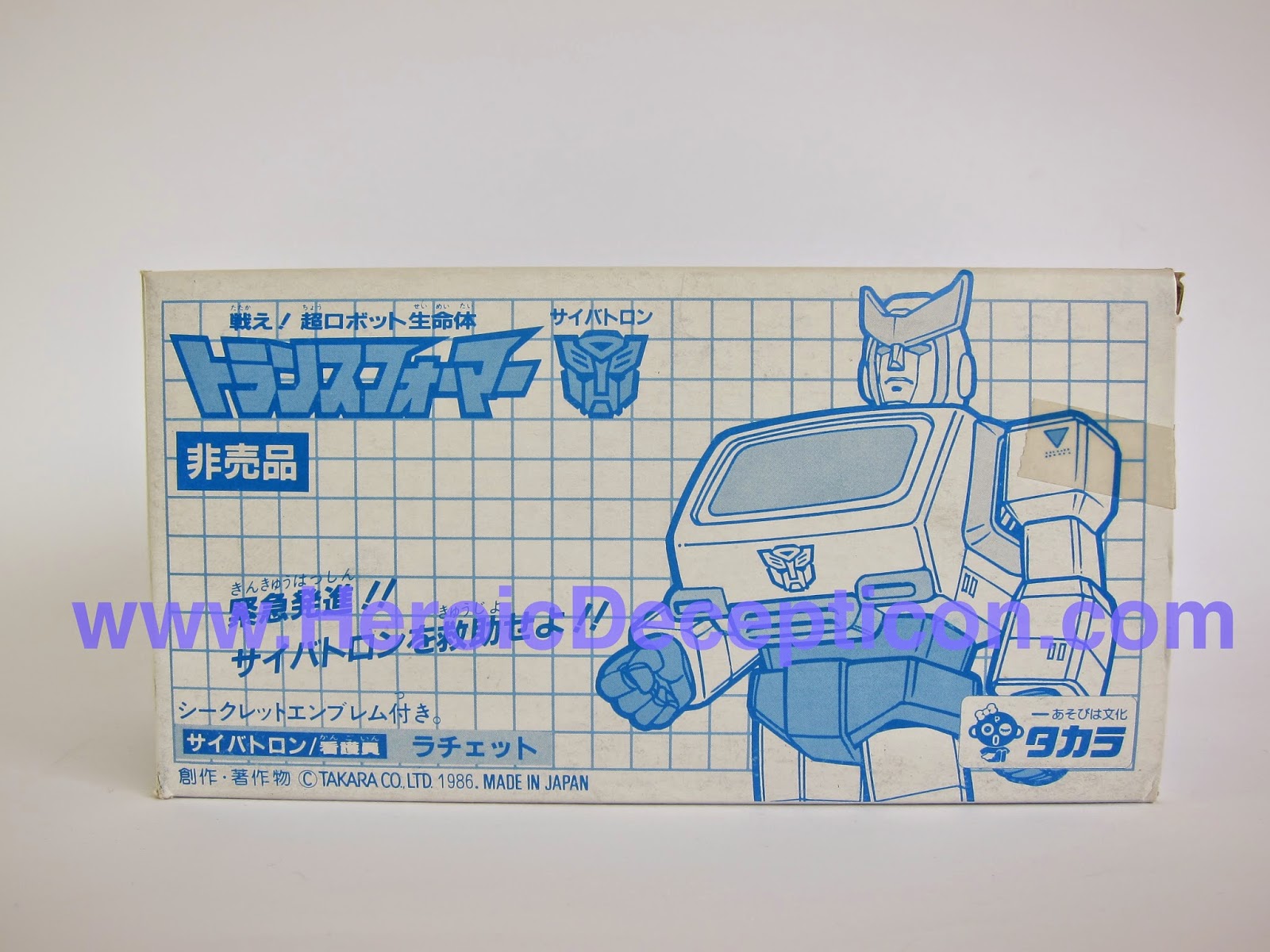 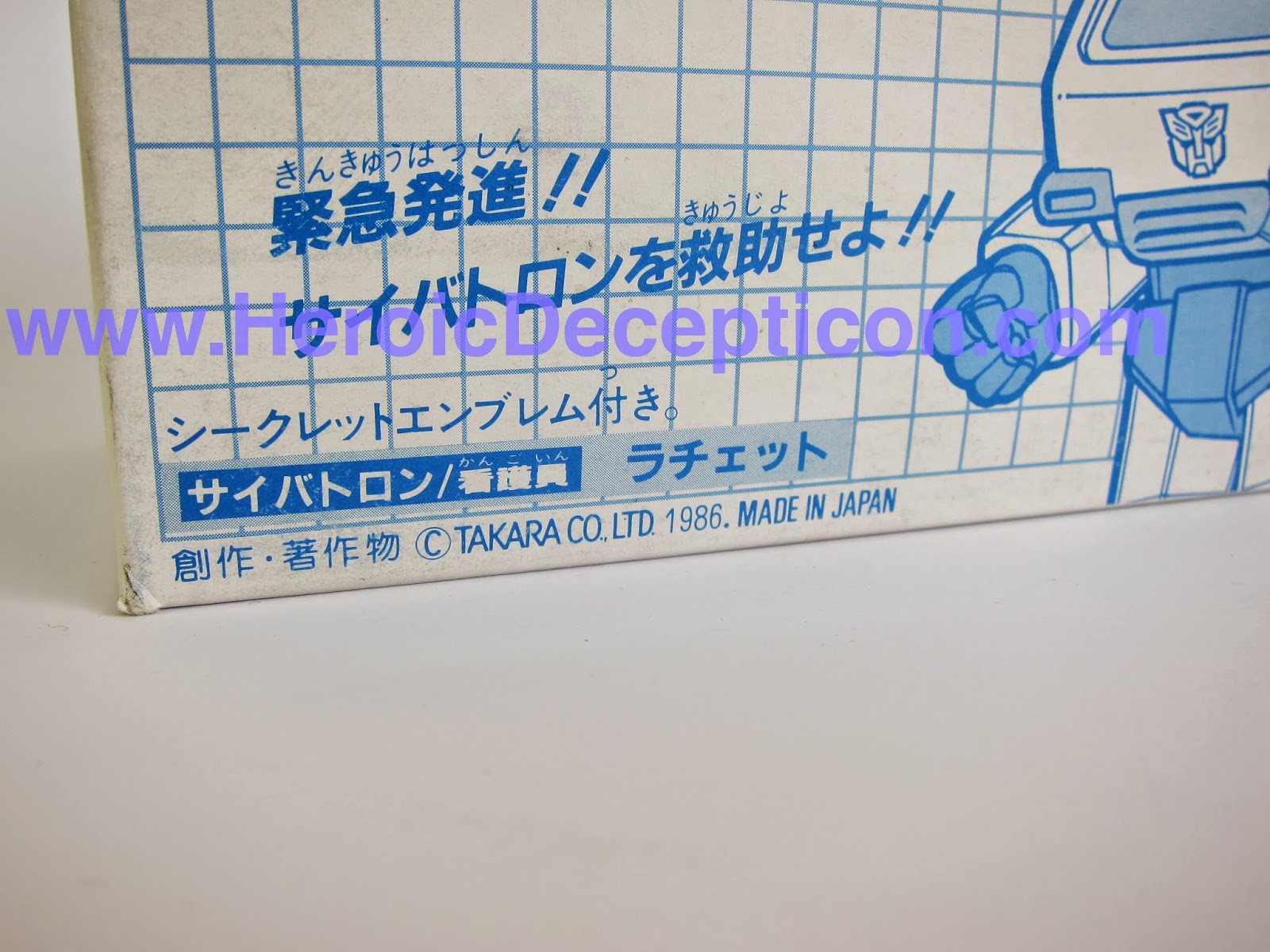 Here it is out of box and with unused contents. 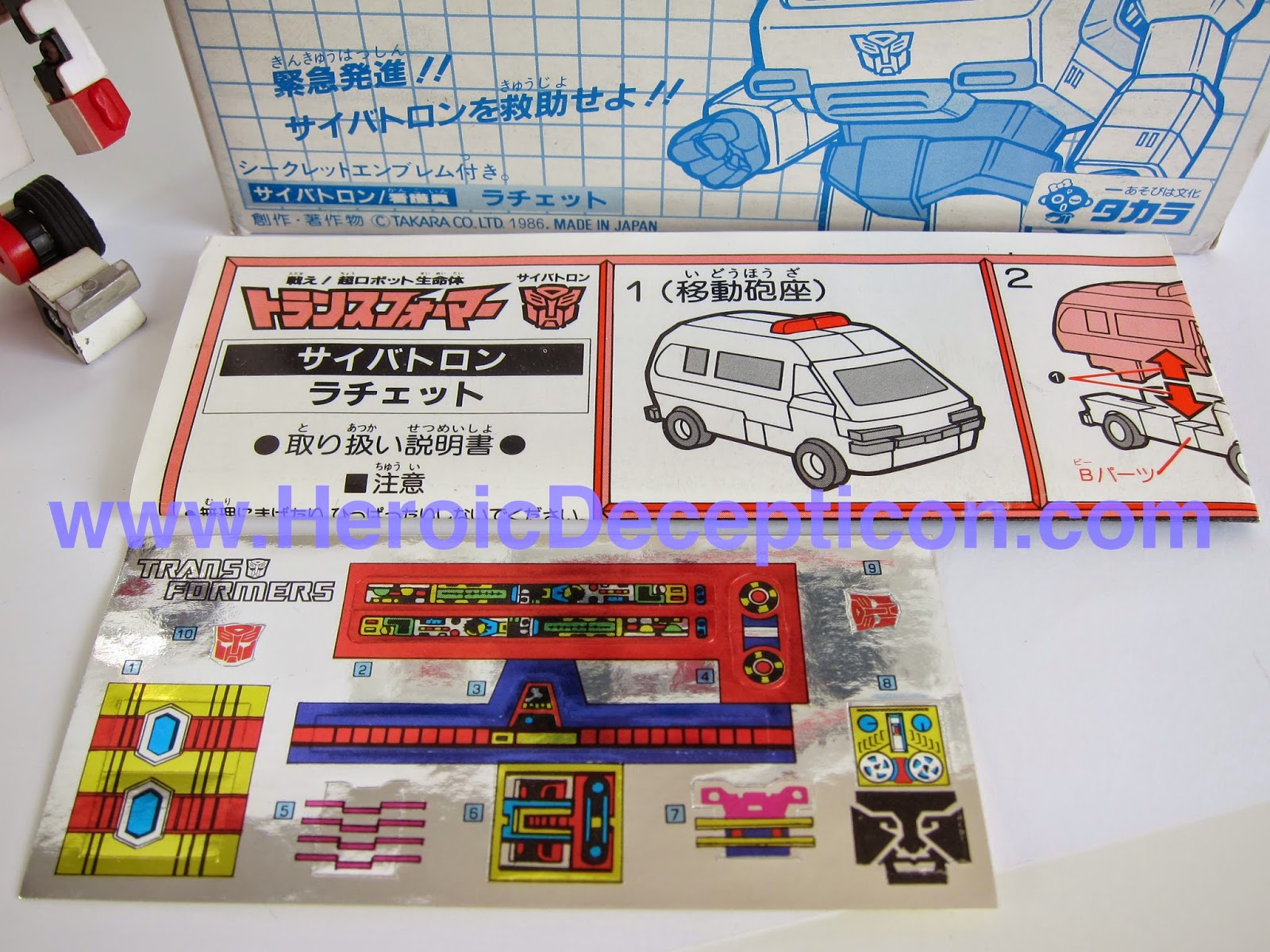 Here are just more shots of the box from various angles. 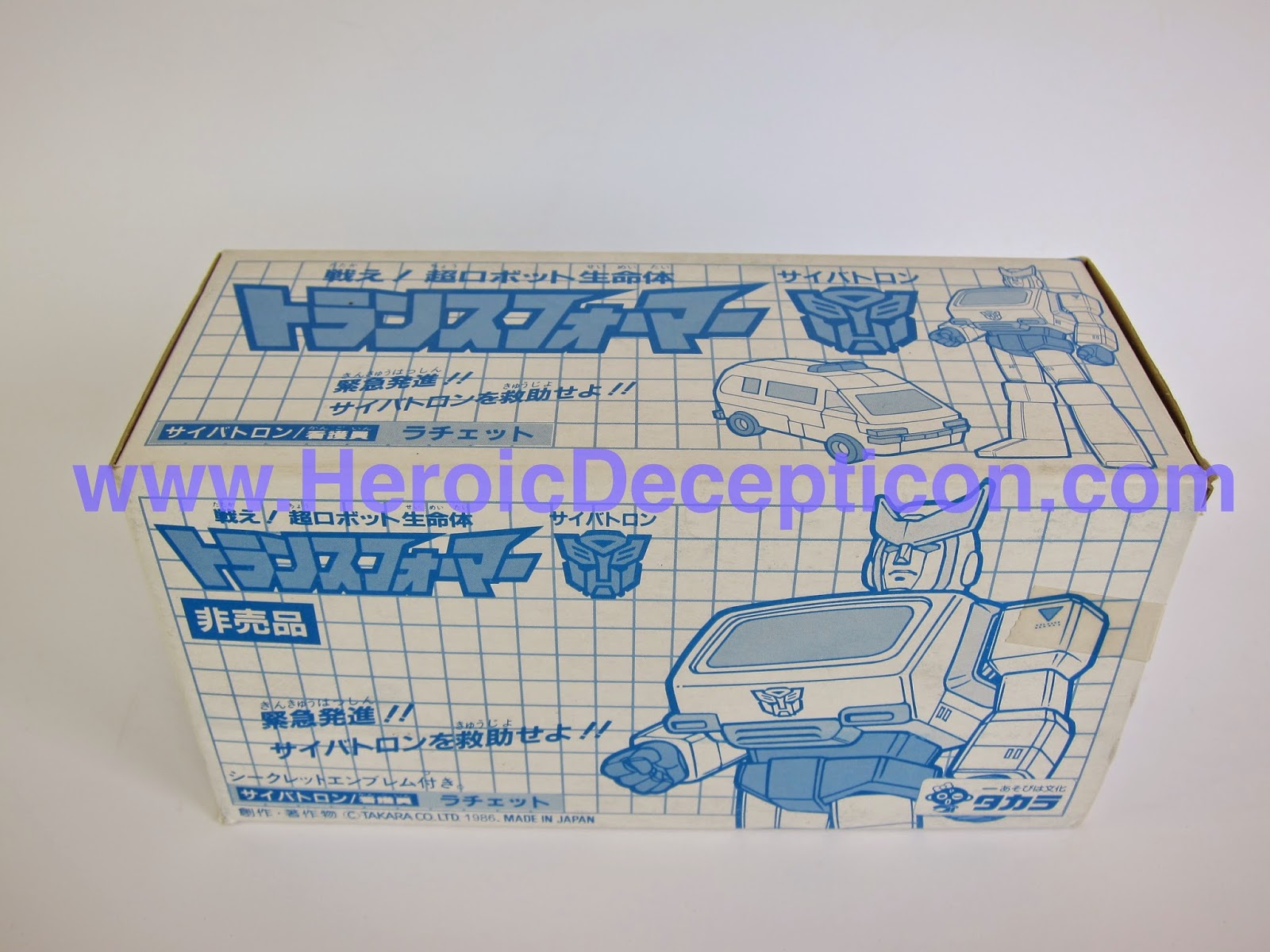 Looking at the back of the box art, it must have been released during the Transformers 2010 series' time (or Scramble City). Remember I mentioned 1986 above? 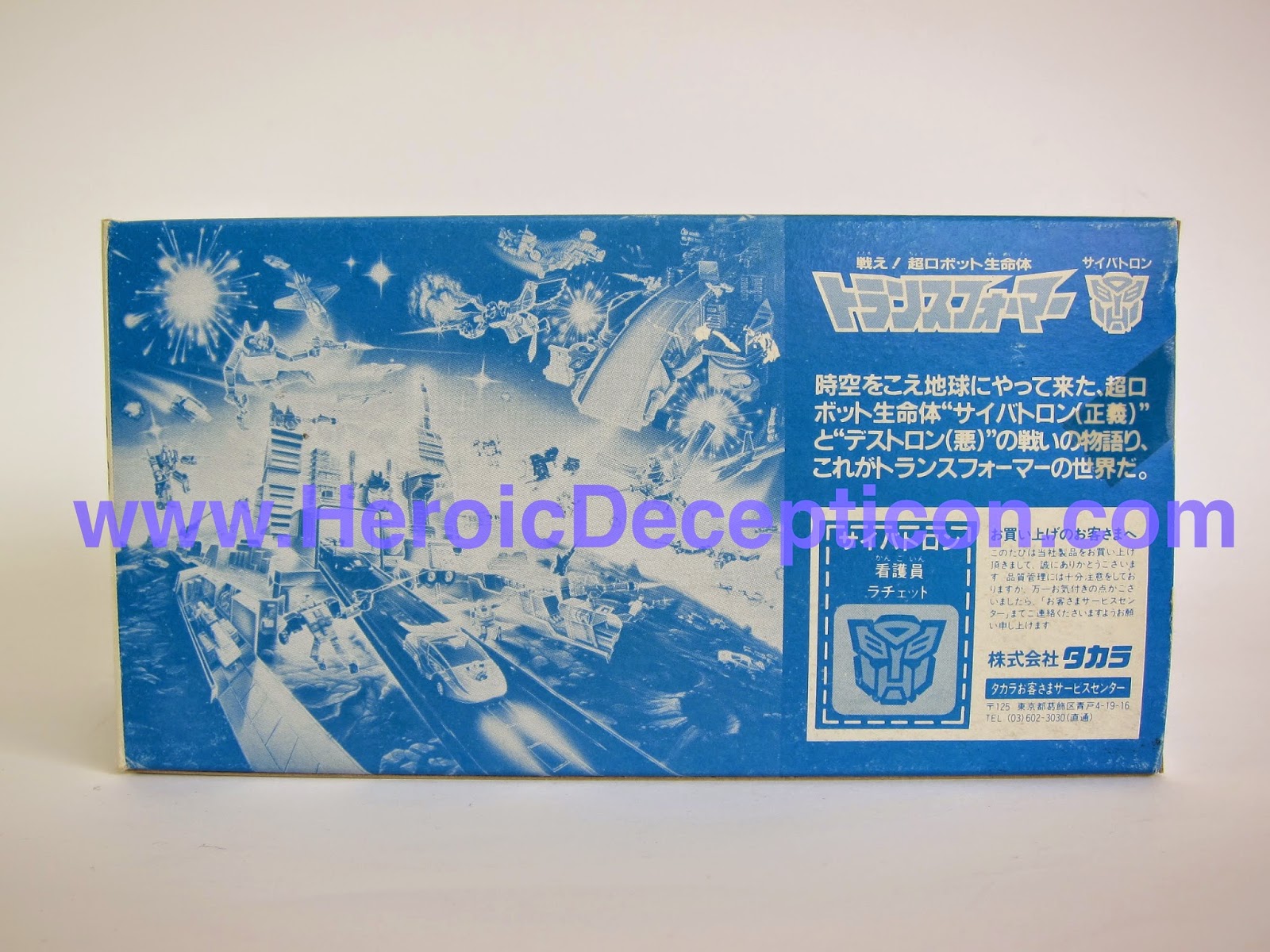 Tech Specs are at the bottom of the box. 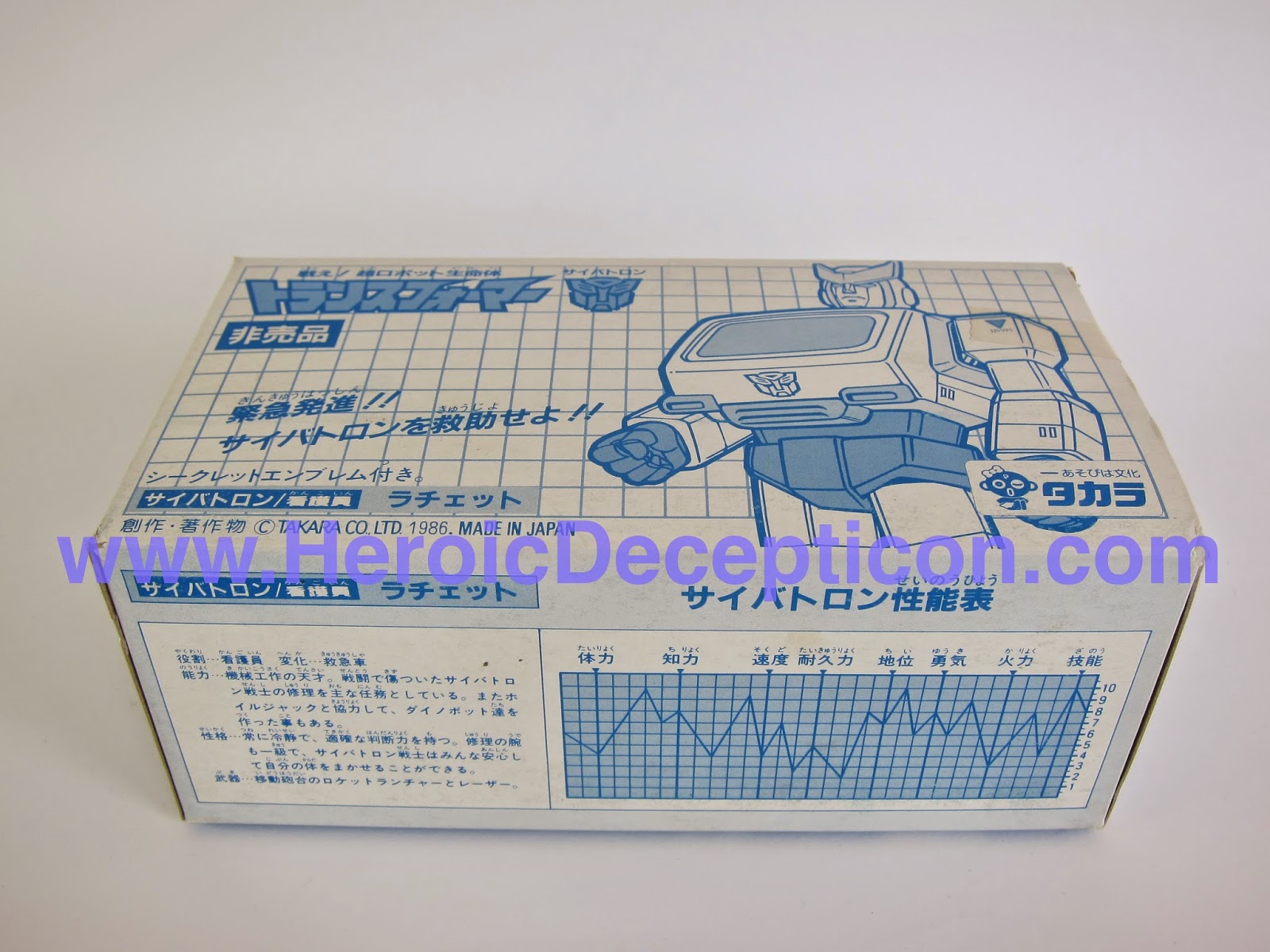 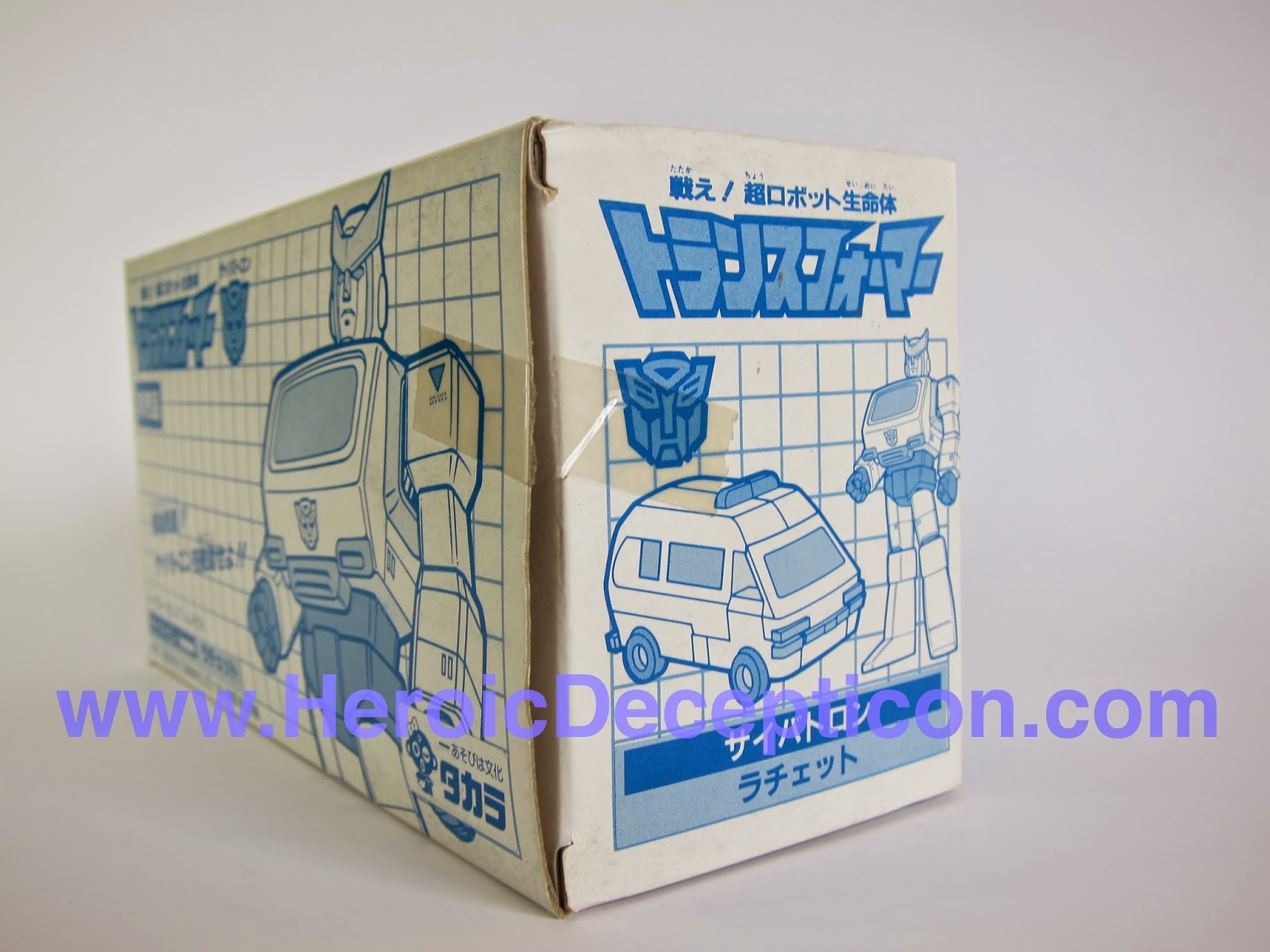 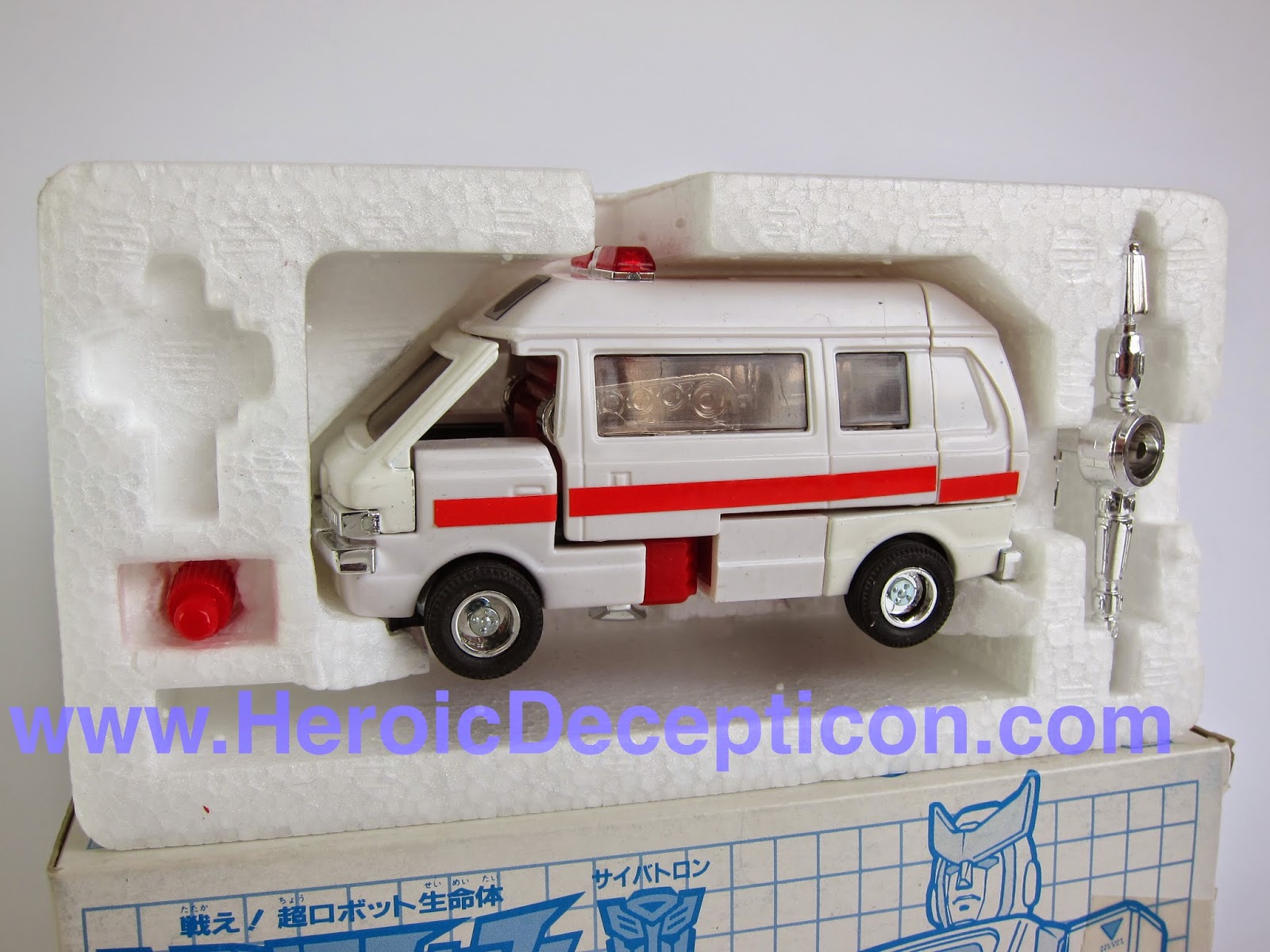 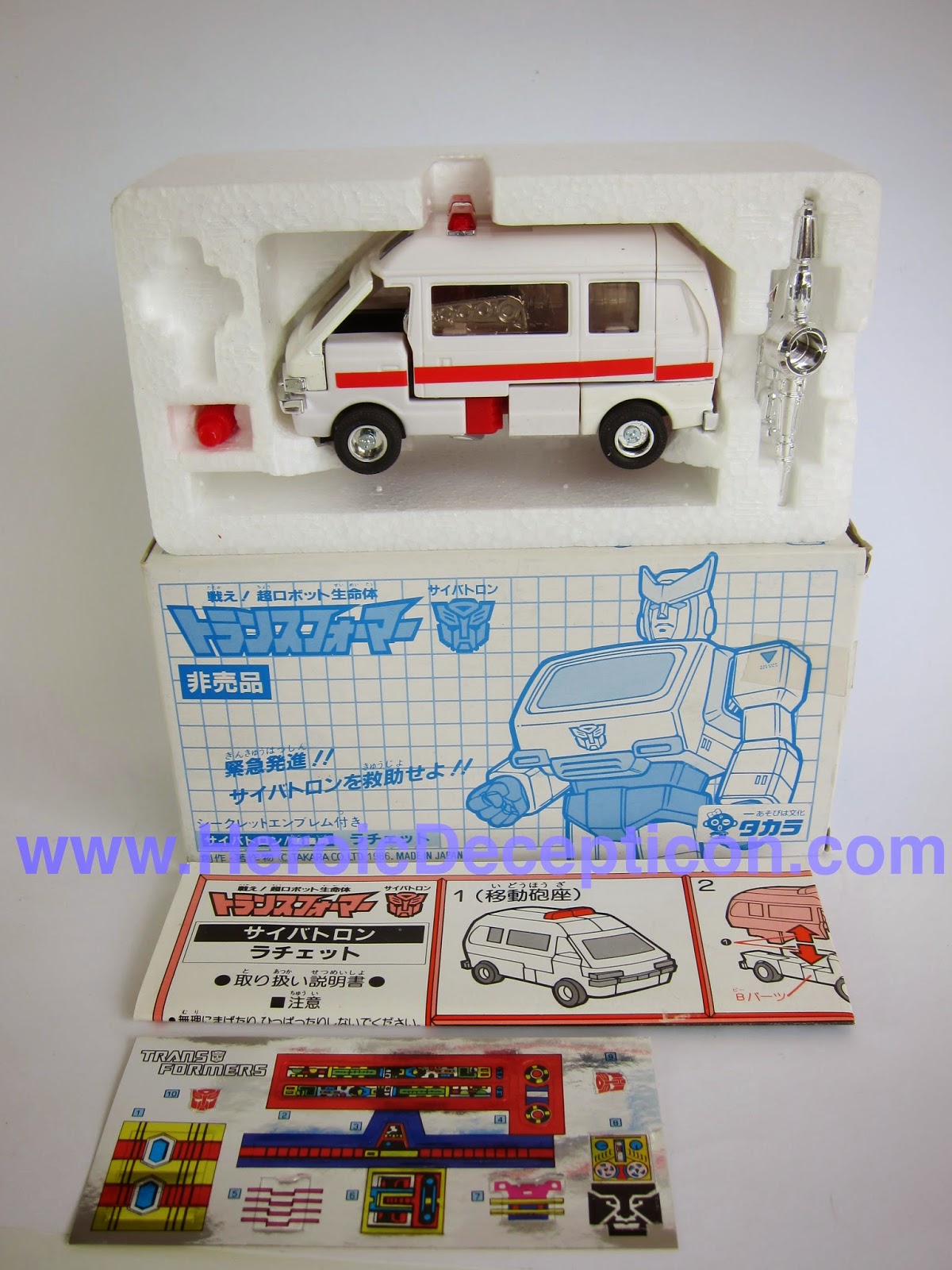 Posted by Heroic Decepticon at 23:26