These are Japanese boxed numbers 31 to 36, the Constructicons. Who doesn't love the very first G1 combiner there is. Well, love it or hate it, there is just something about the lime green and purple colour schemes of these guys that work. 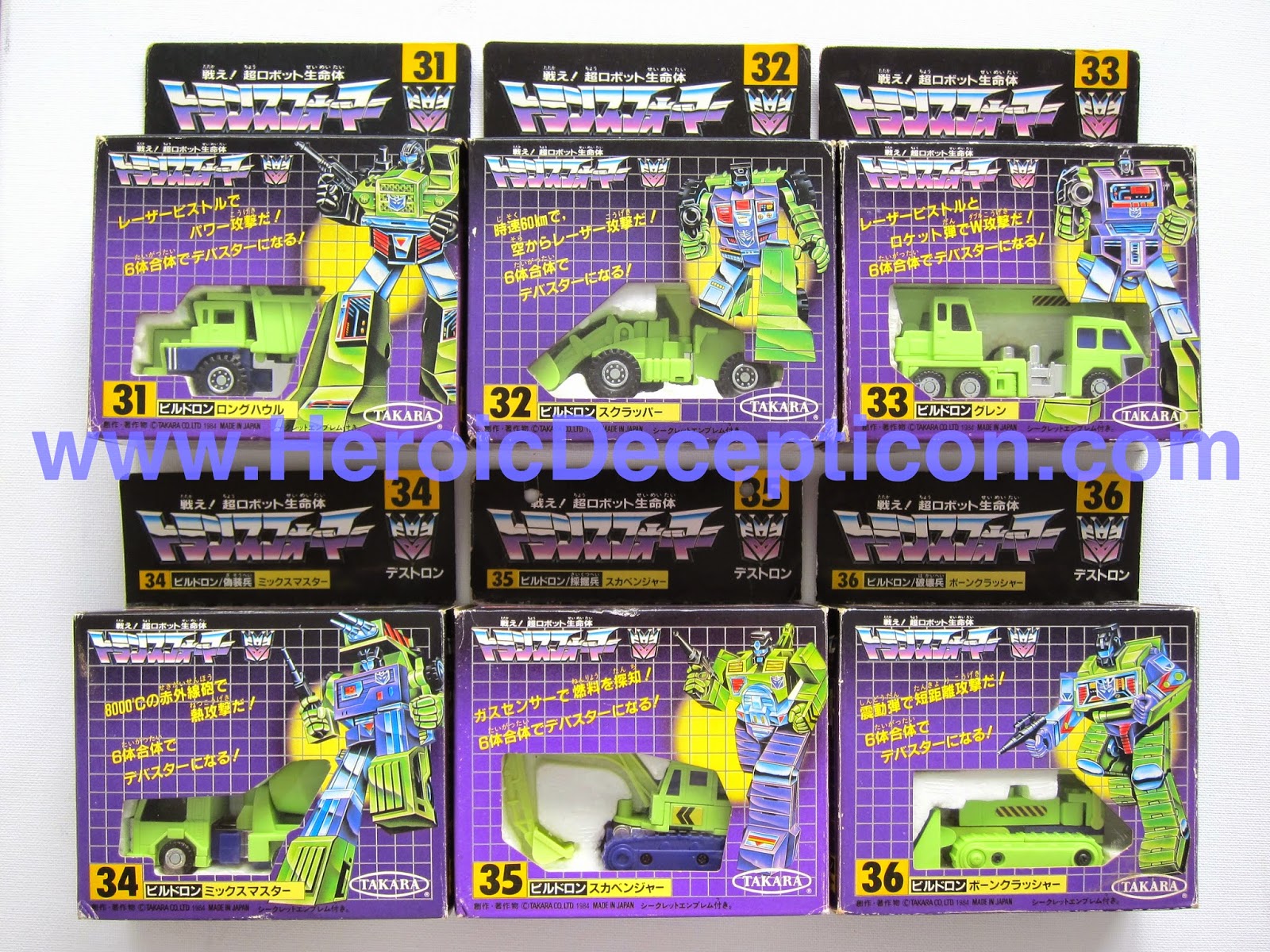 Finding these guys individually took some effort as well. Actually, back in 2010, when I was at Mandarake Nakano, there was a very nice set of 31 to 36 MIB that I could have bought, but then back then, they were considered repeats and there were other higher priority items on my list (and luggage space was limited).

I did not buy them back then, and this time, the hunt for them was slightly more trying. What I had to to in the end was just buy the empty boxes and inserts off eBay, as a lot, and fill them in with my own loose set of Constructicons. Oddly, while not my favourite combiner, I actually have about 6-7 complete sets of Constructicons loose. Therefore, populating the empty boxes and inserts were not really an issue. 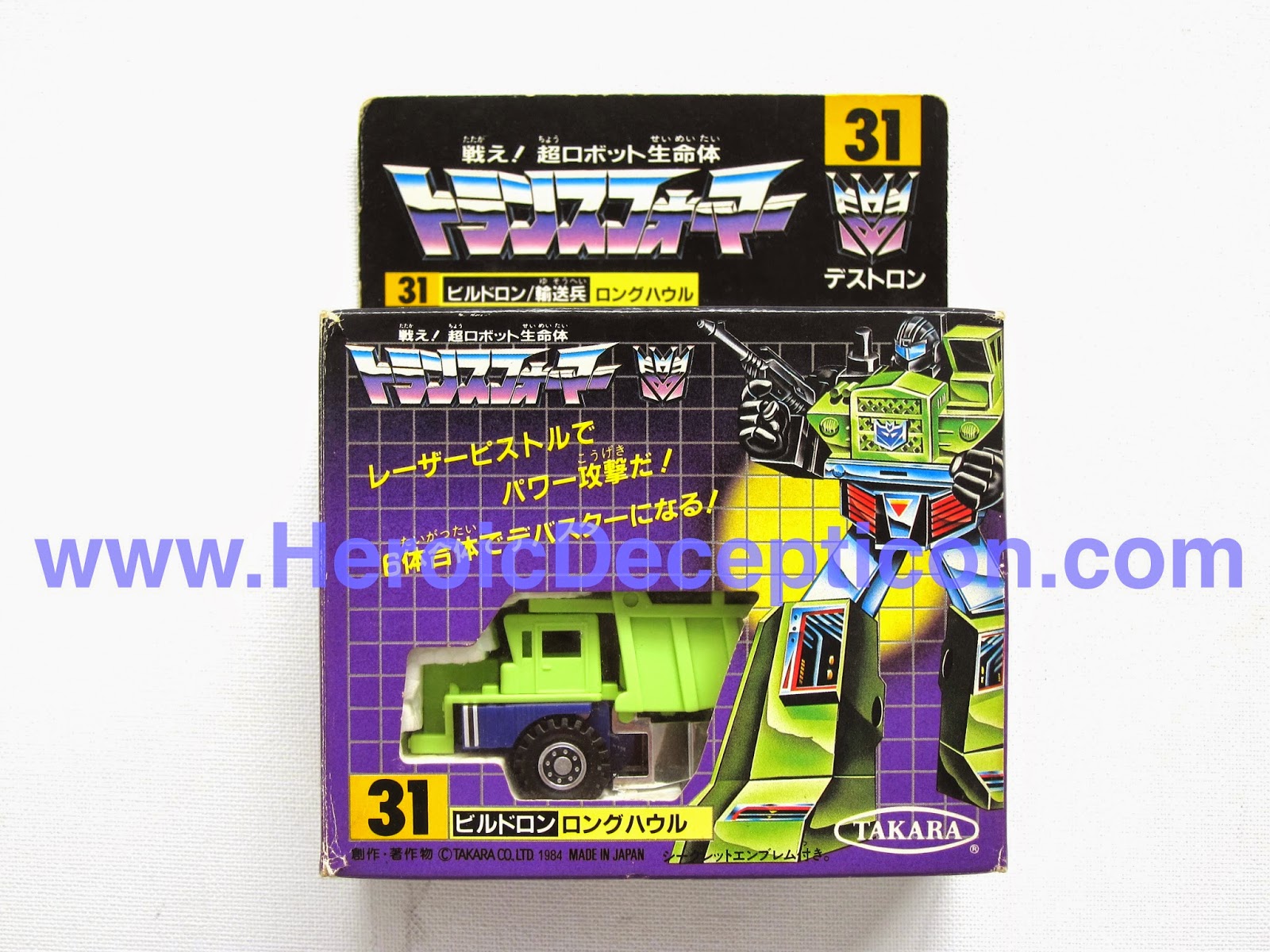 32 - Scrapper MIB.
Then second in numbering comes a leg... 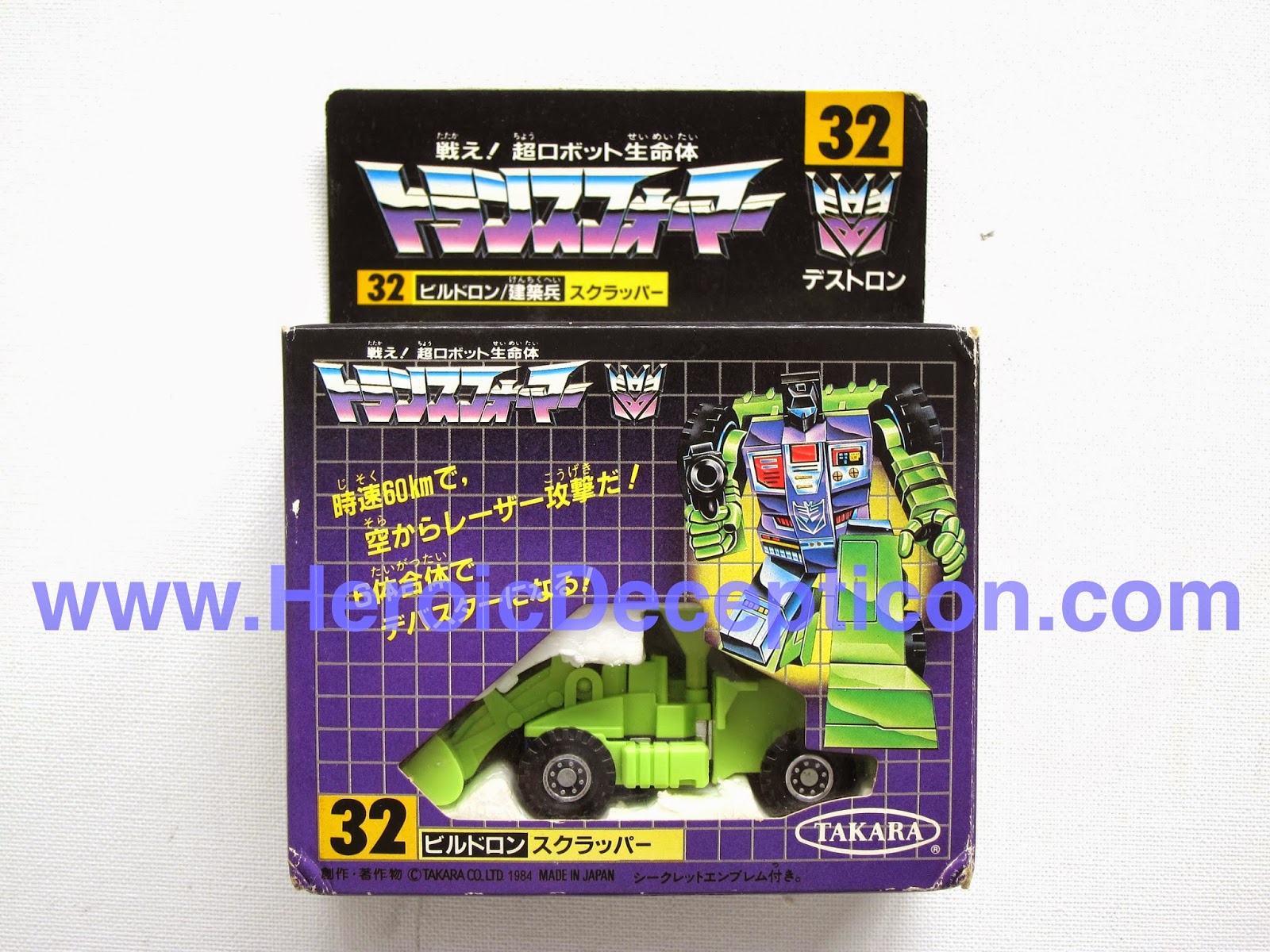 33 - Crane MIB (aka Hook).
Third in numbering is the chest / body of Devastator. 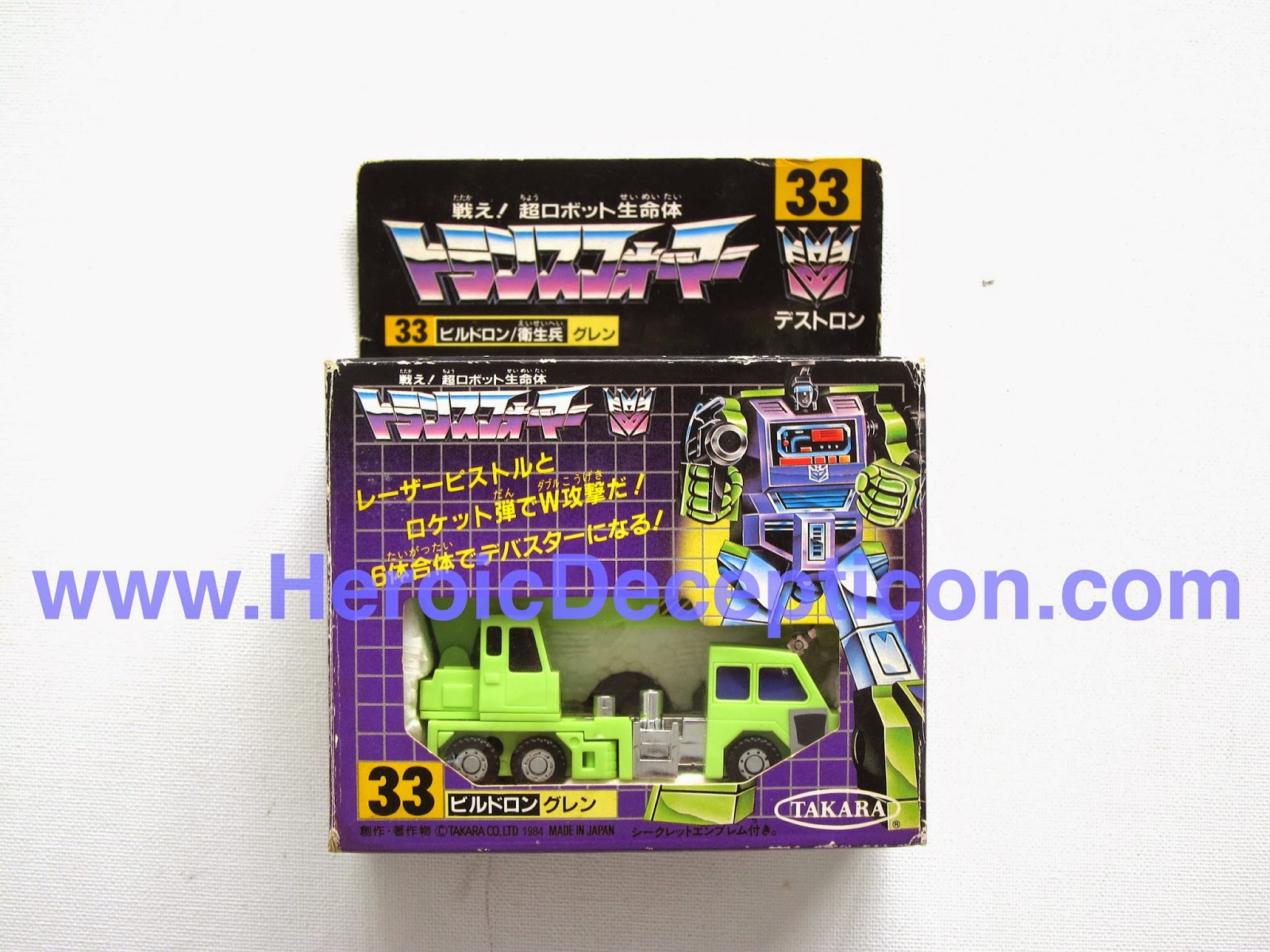 34 - Mixmaster MIB.
Then comes another leg. 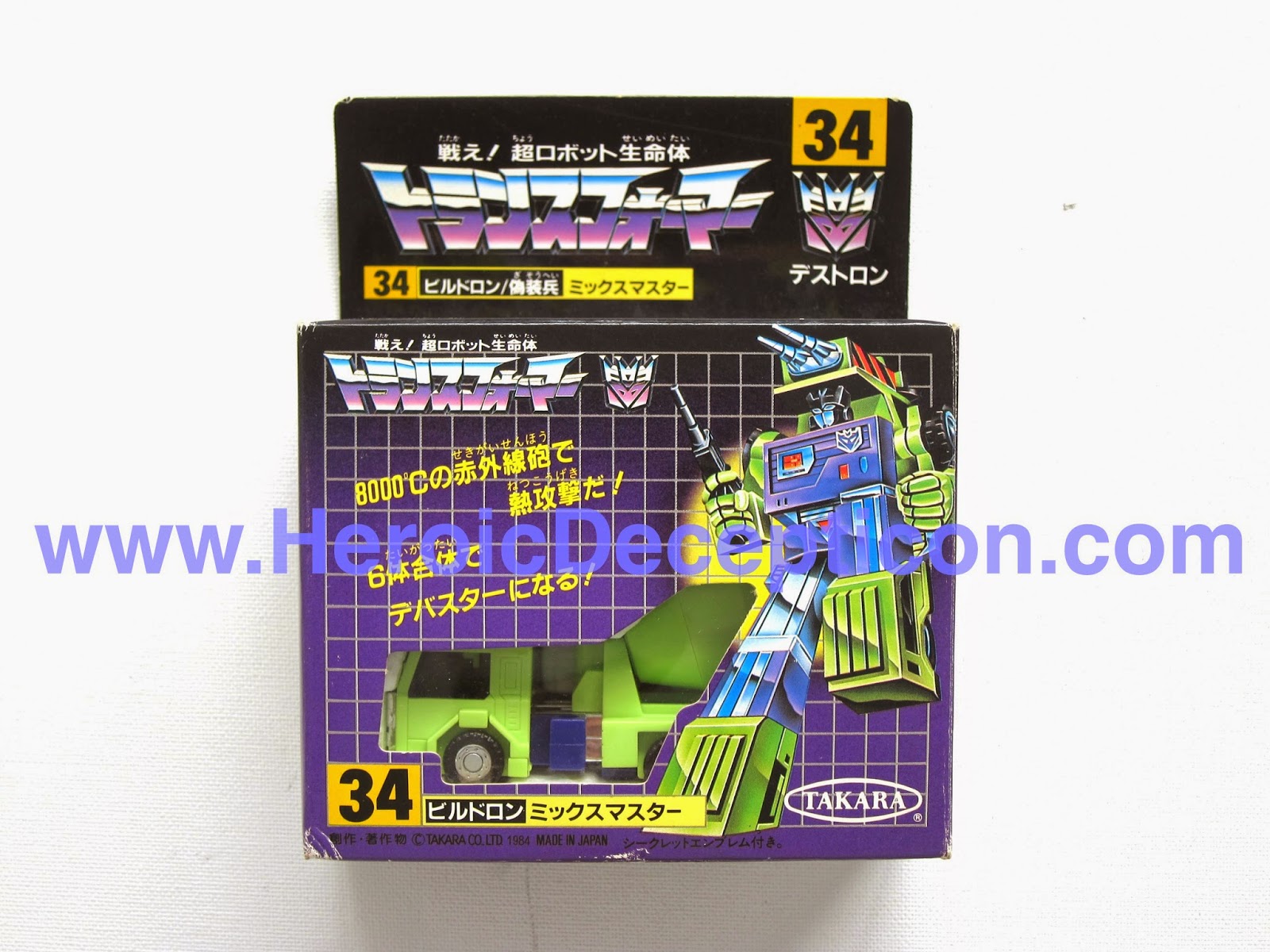 35 - Scavenger MIB
Fifth is an arm. Okay, so maybe the arms are the last in terms of numbering. There is a slight flaw in this box in that there are 2 holes punched through the flap. An oversight that has been corrected because I have recently acquired another 35-Scavenger with a much nicer box. 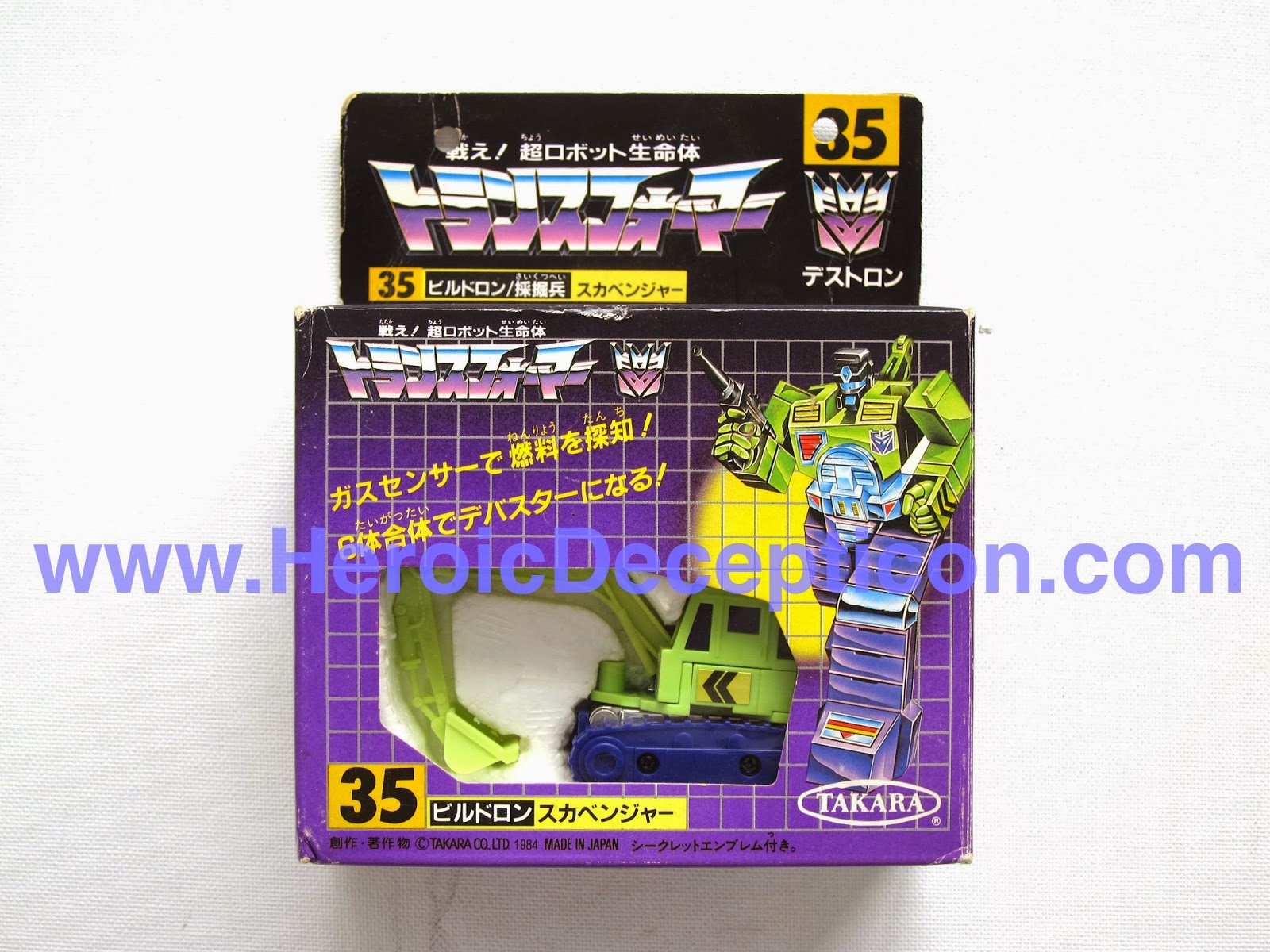 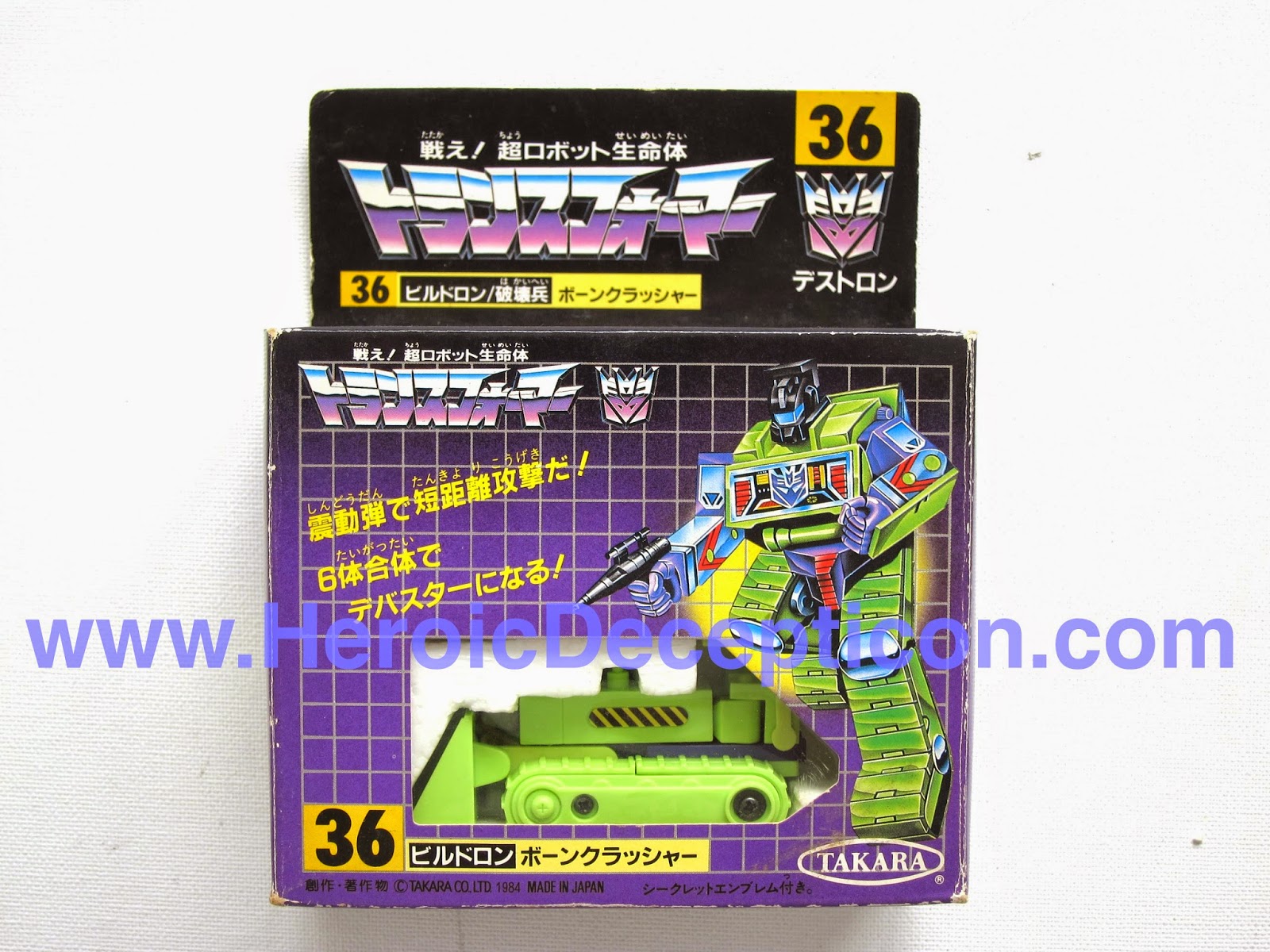 This is them out of the boxes and with all parts. Obviously with this lot, I have none of the paperworks, sign. 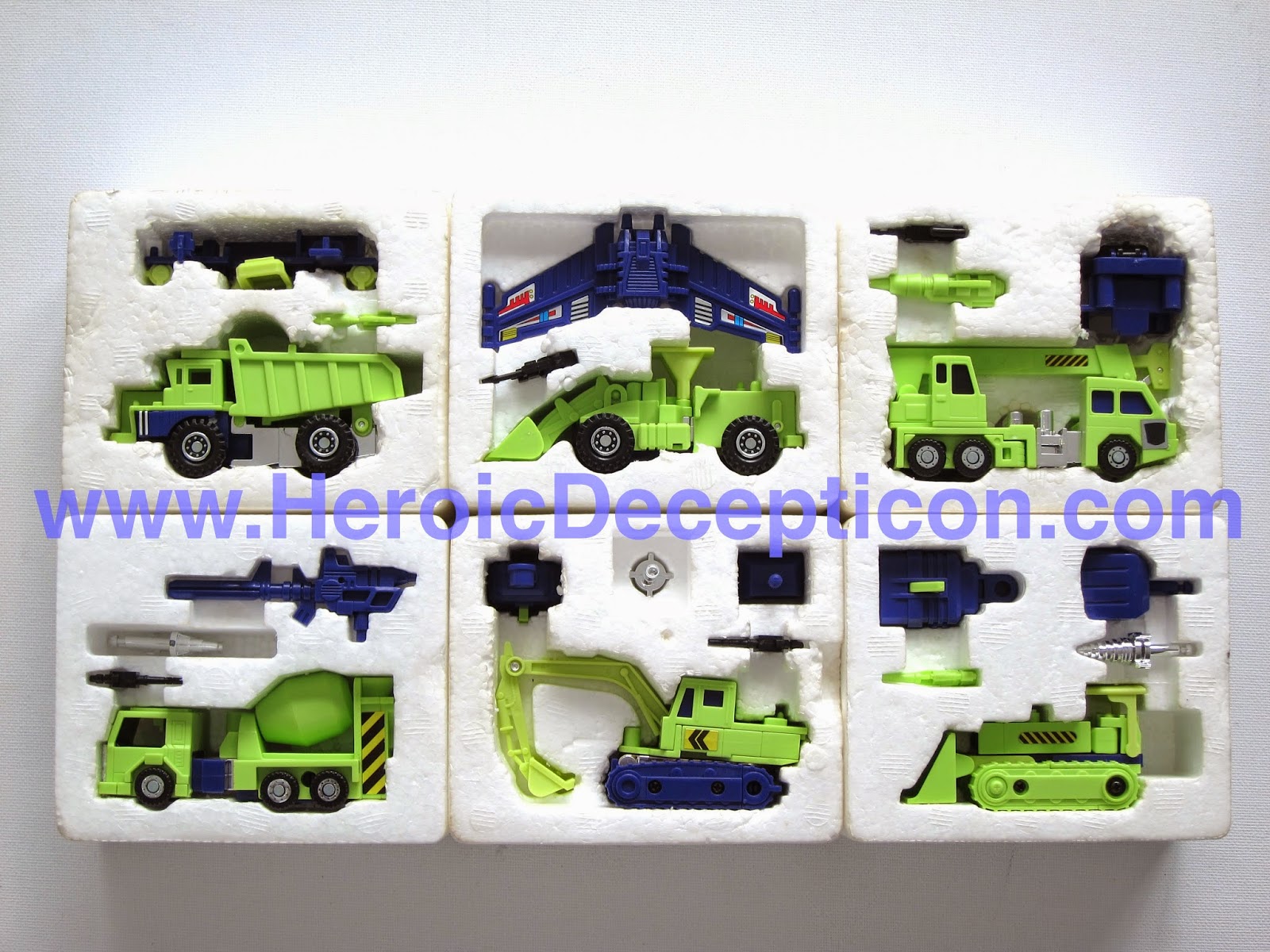