The other gun Transformer - that is how I know and remember Browning. When young, I thought that the Browning toy is much cooler than Megatron (it doesn't have a trigger crotch) and was wondering why they didn't make this guy leader of the bad guys instead of Megatron. After all, they both existed pre-Transformers. Poor Browning wasnot only denied leadership, but he was relegated to play a fairly minor supporting role in the Masterforce series.

Browning is one of the TFs on 'the list' that I had to obtain for E. As with Japanese exclusives, this guy is rare, and usually comes with a hefty price tag. OZ Former member Gamblor916 was to thank as he was absolutely instrumental in helping me acquire Browning. I won't go into the details, but without his help, I would not have gotta Browning. 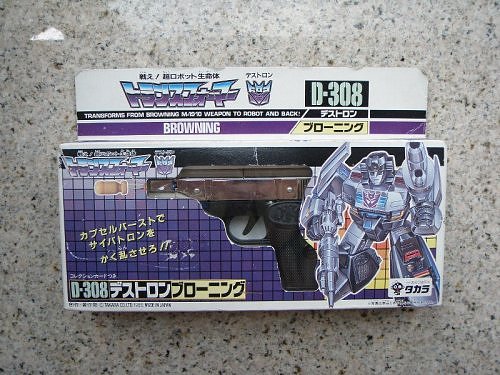 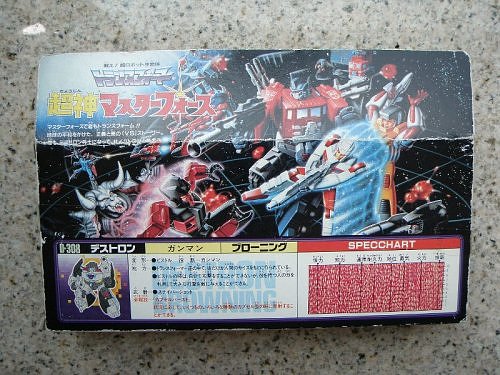 Look at all those items. Tiny packages still pack a punch! 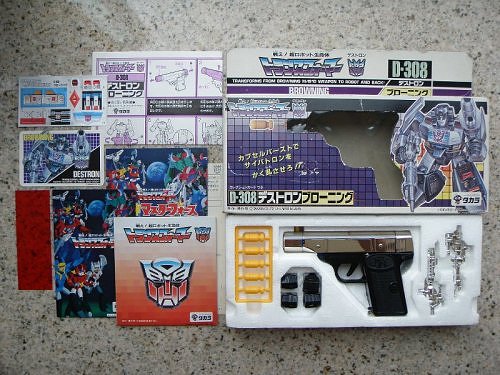 I still think this guy is cooler than Megatron. Maybe he wasn't made leader because he had no attachments to spice him up? 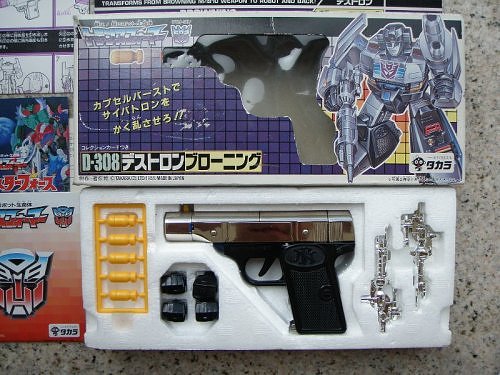 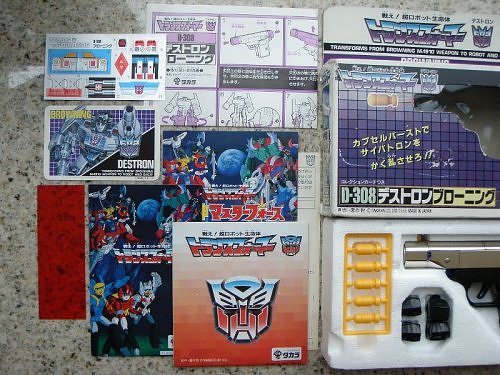 Unused sticker and bio card. I like sticker number 13 the most. 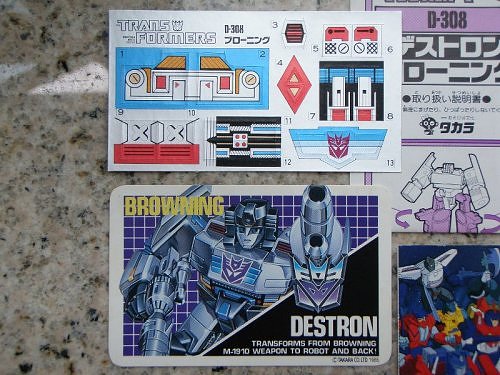 Posted by Heroic Decepticon at 23:47