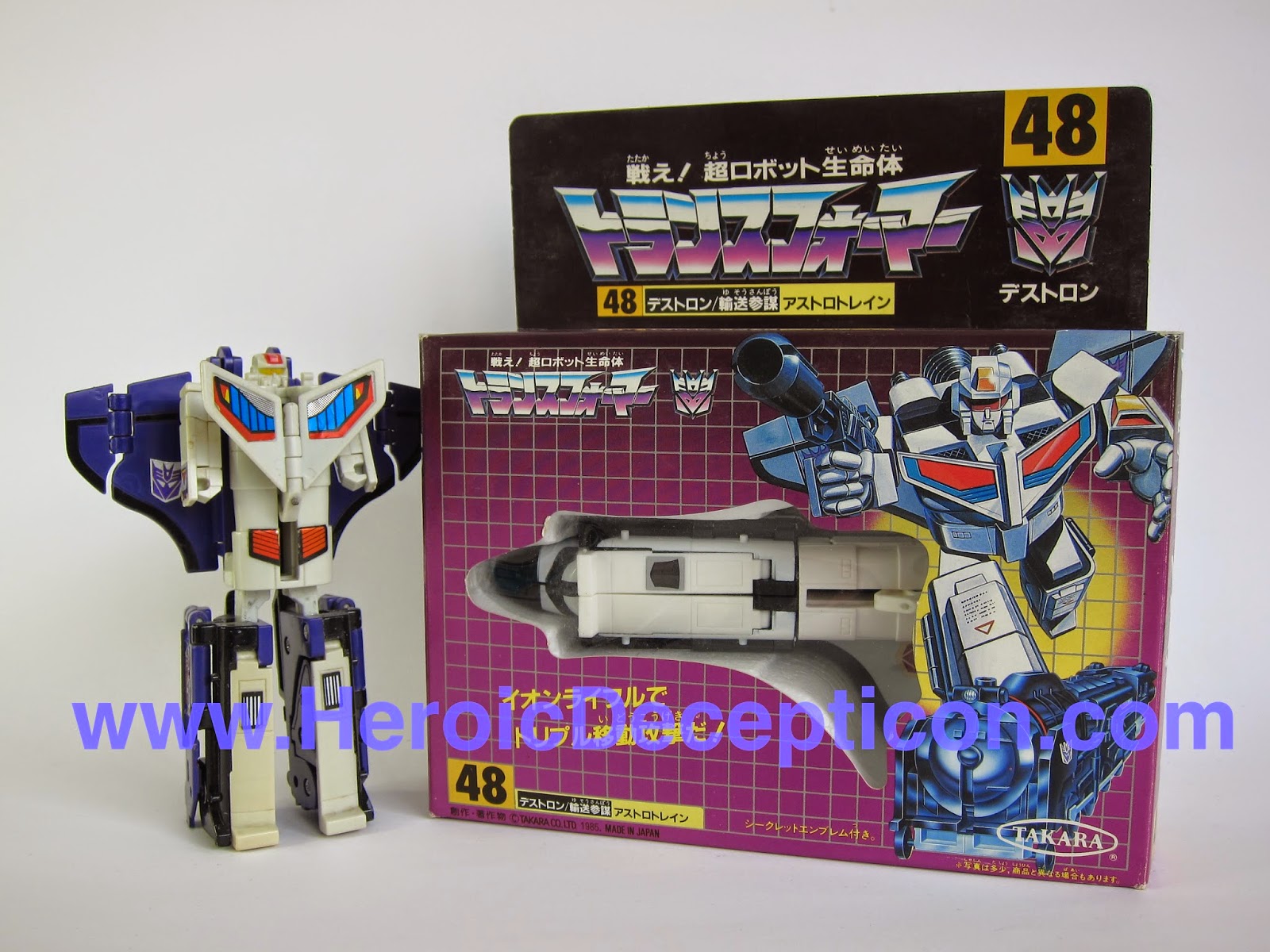 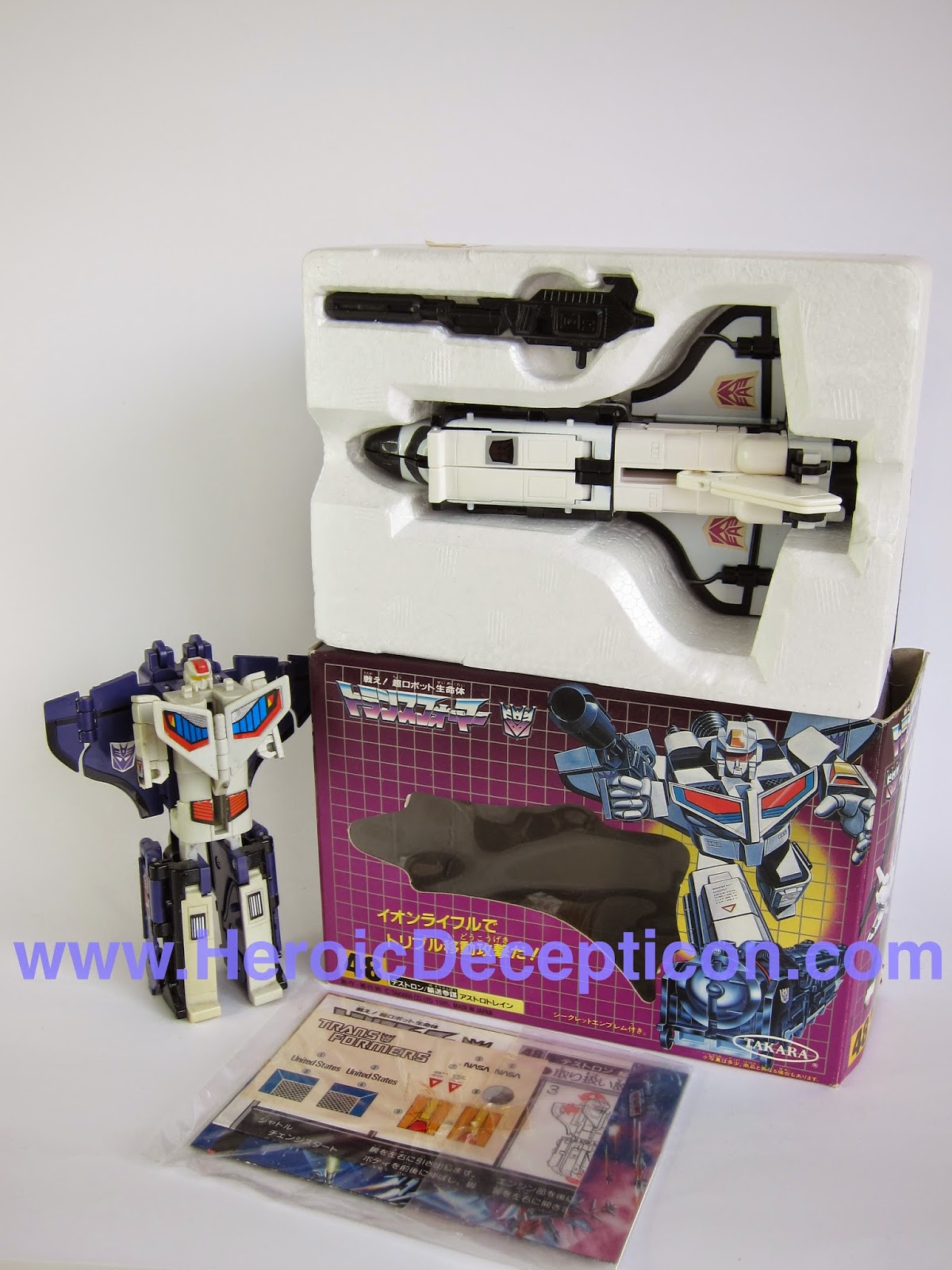 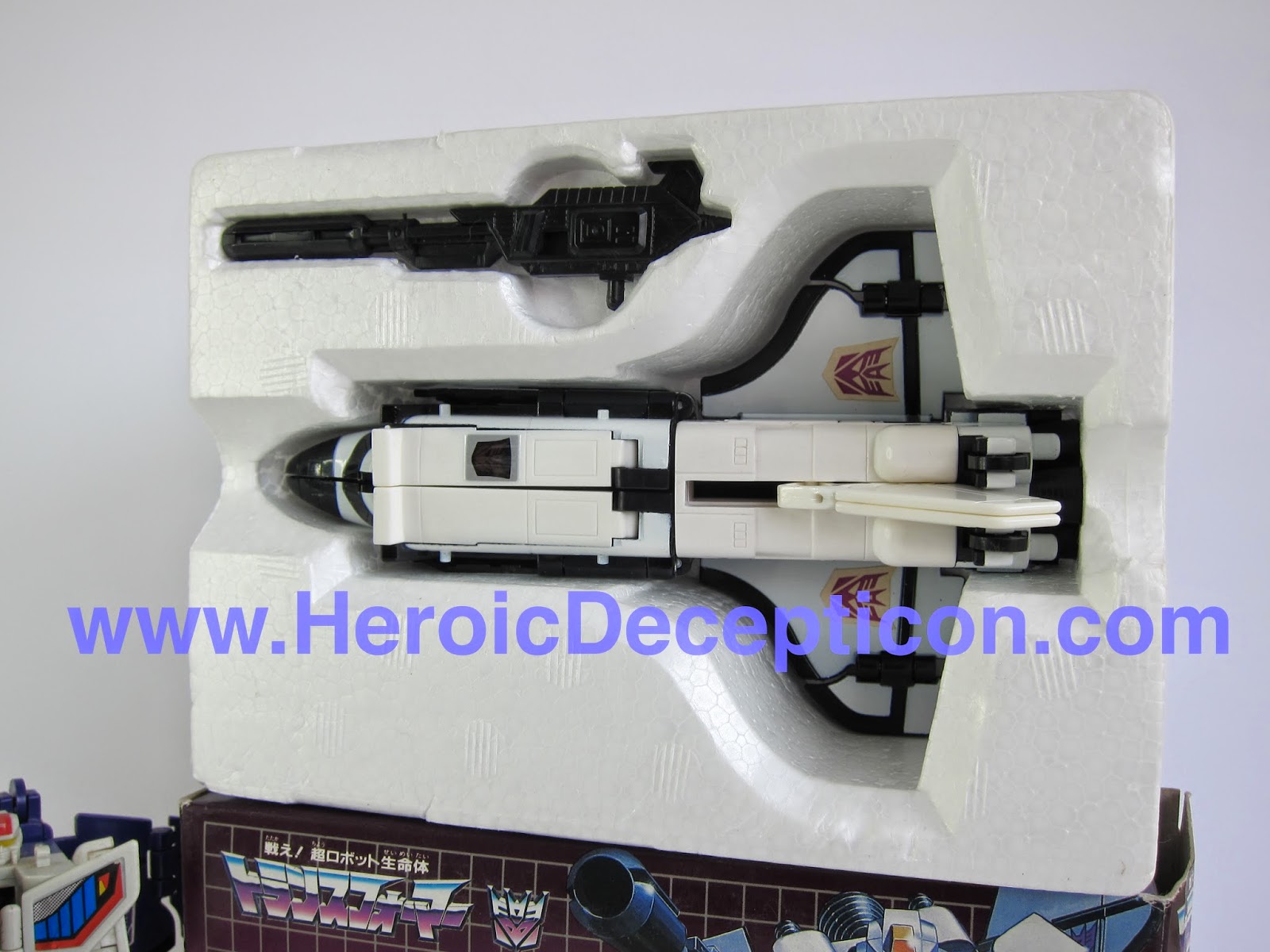 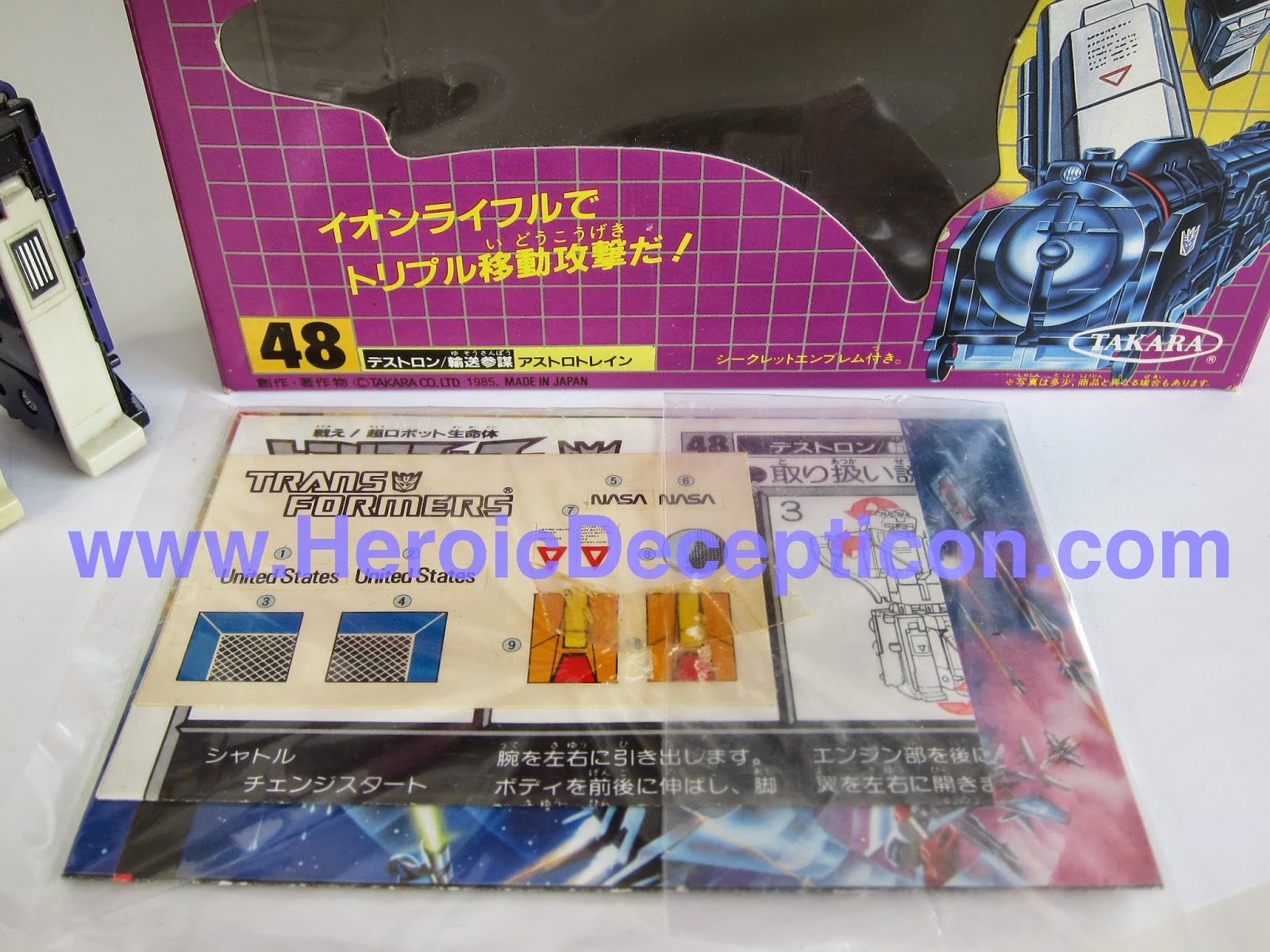 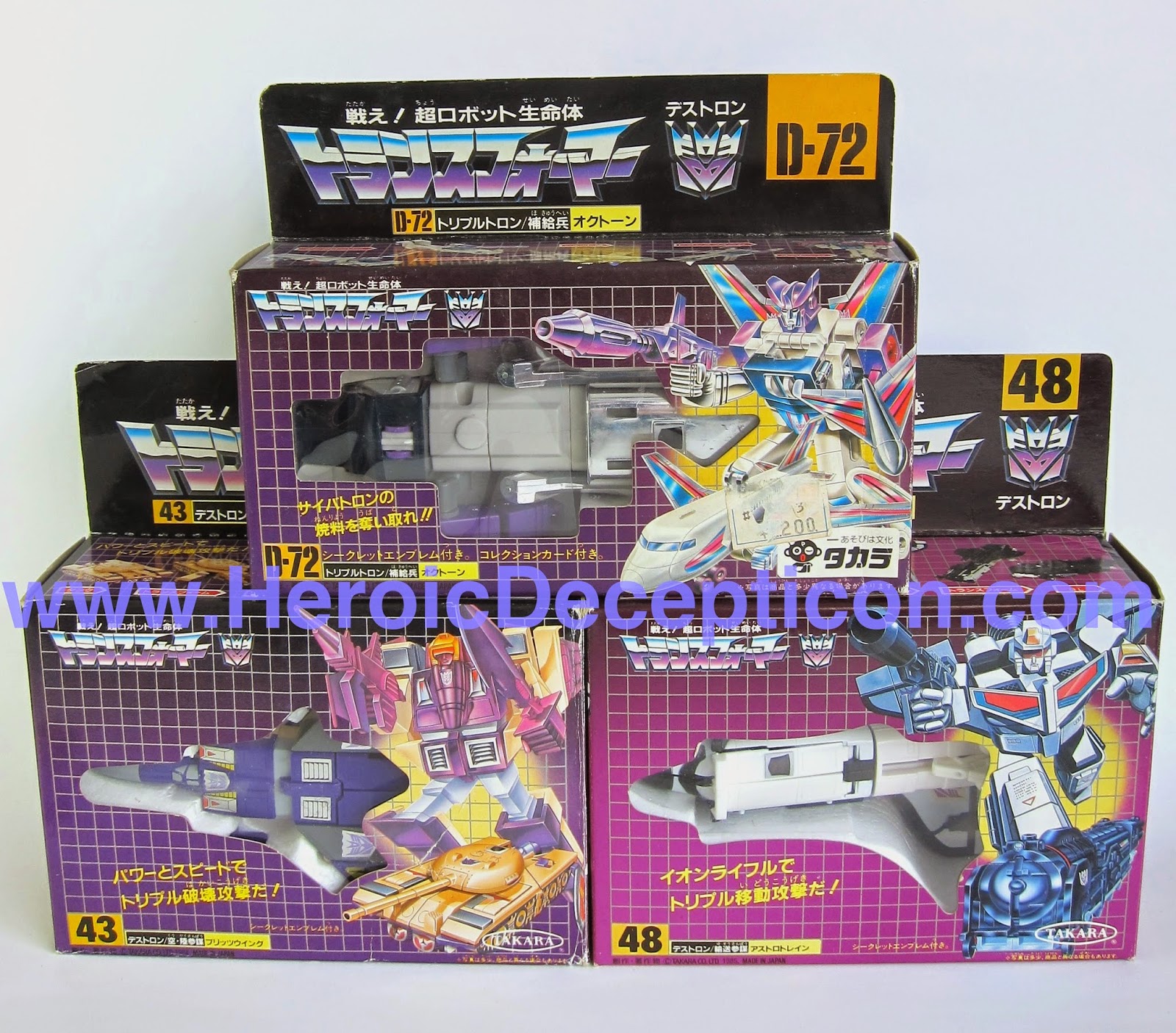 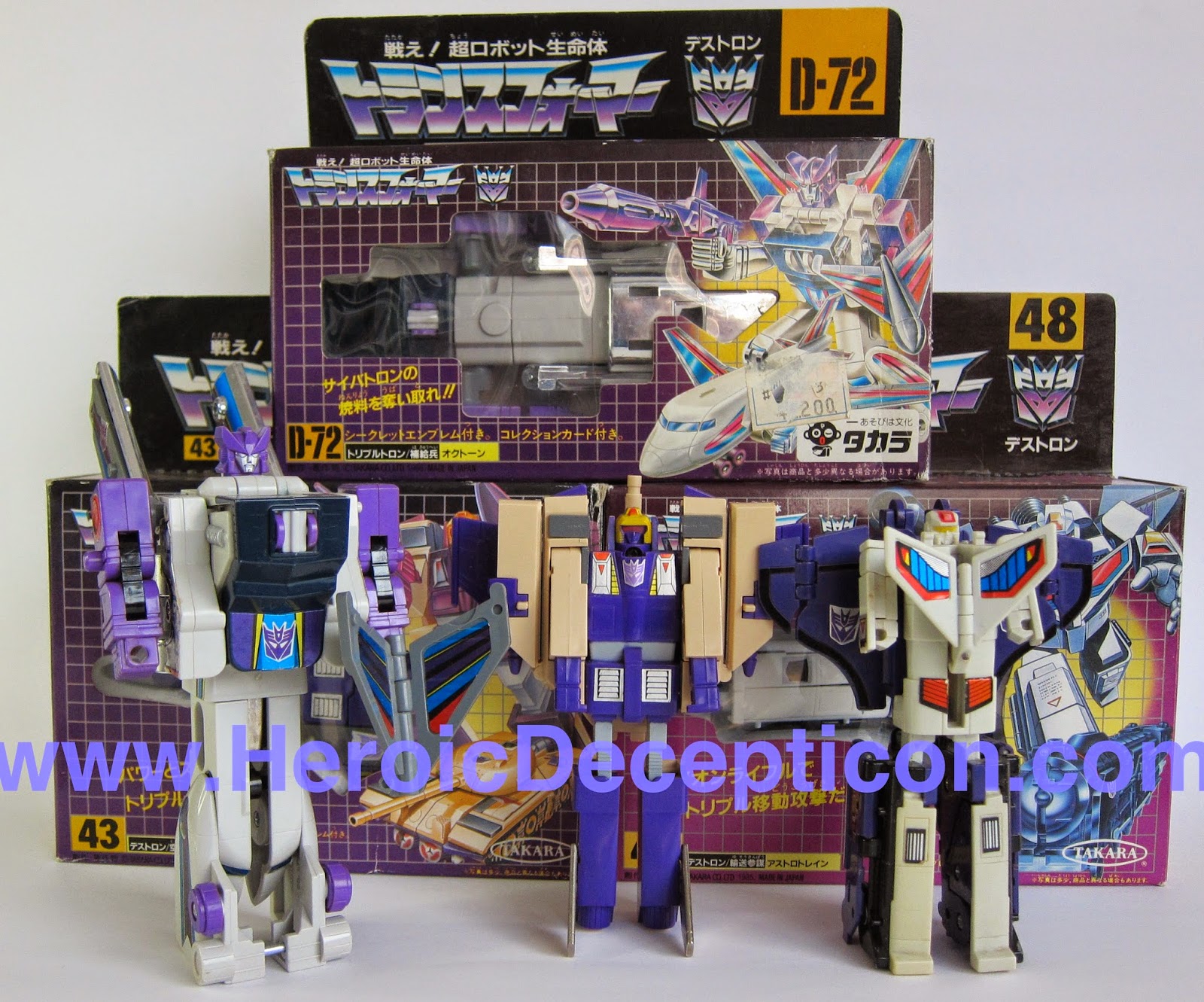 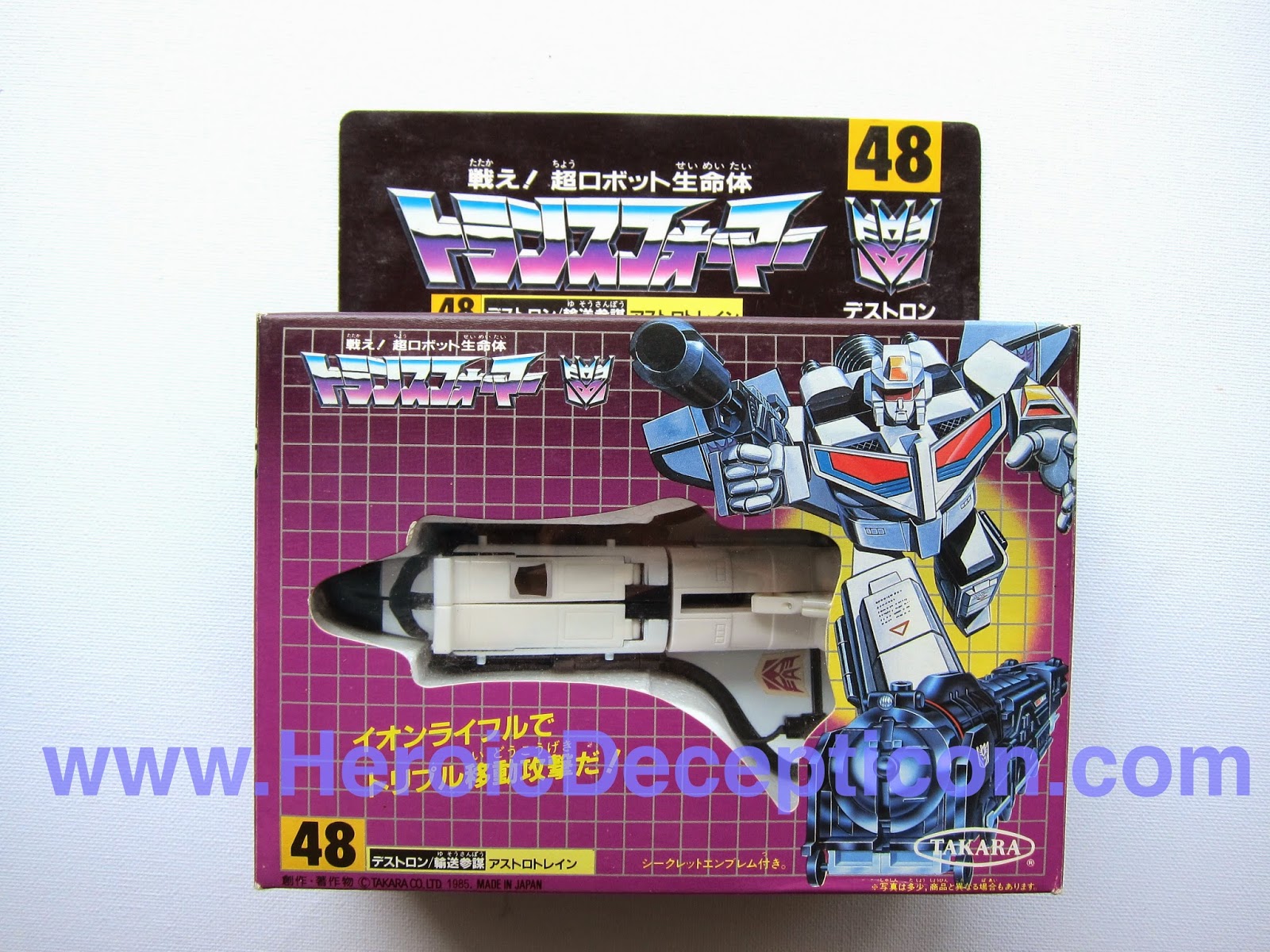 The beautiful back of box art is not defaced by the usual flap crease... 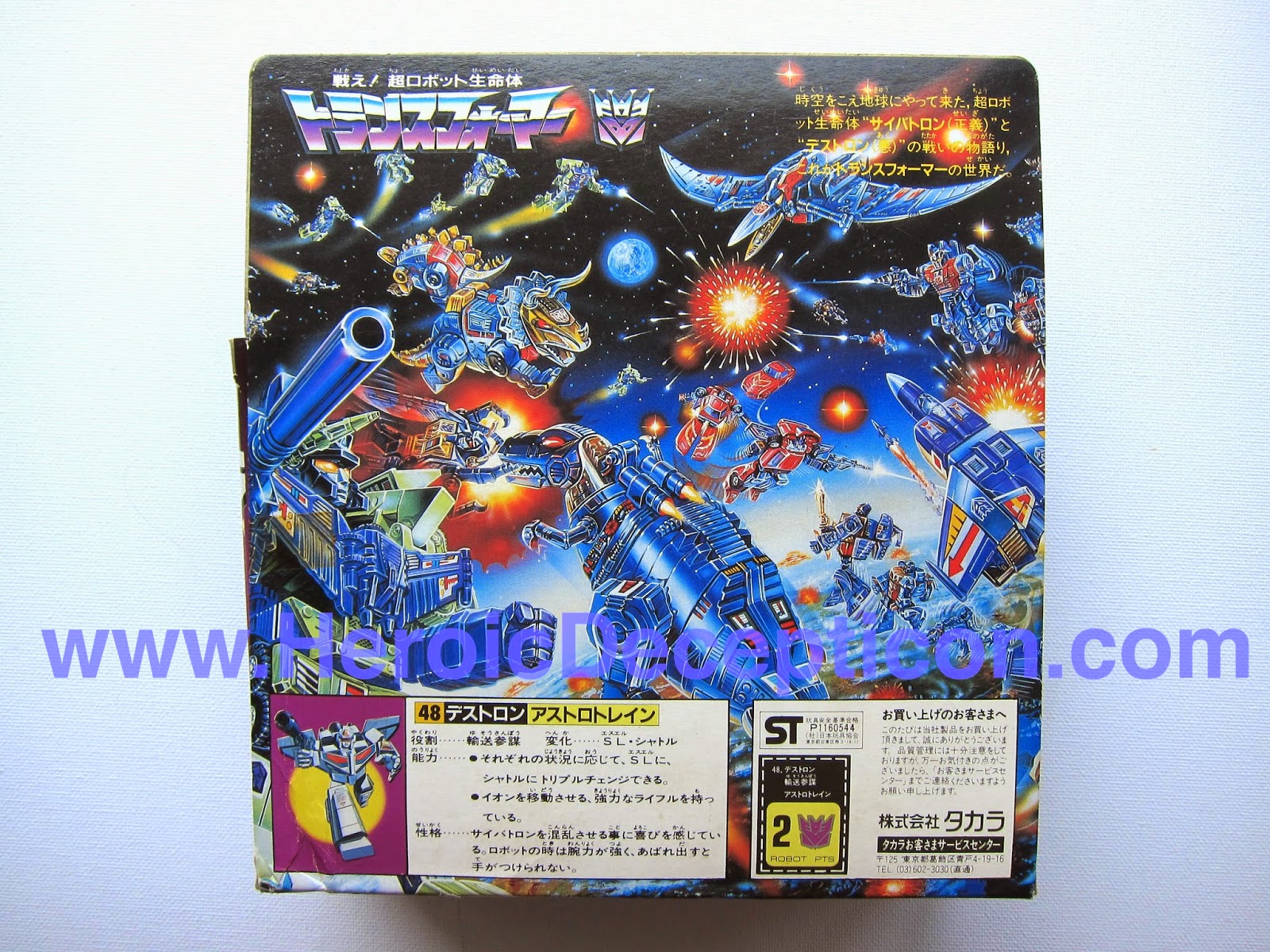 One corner is dented. Damaged during shipping to me.... =( 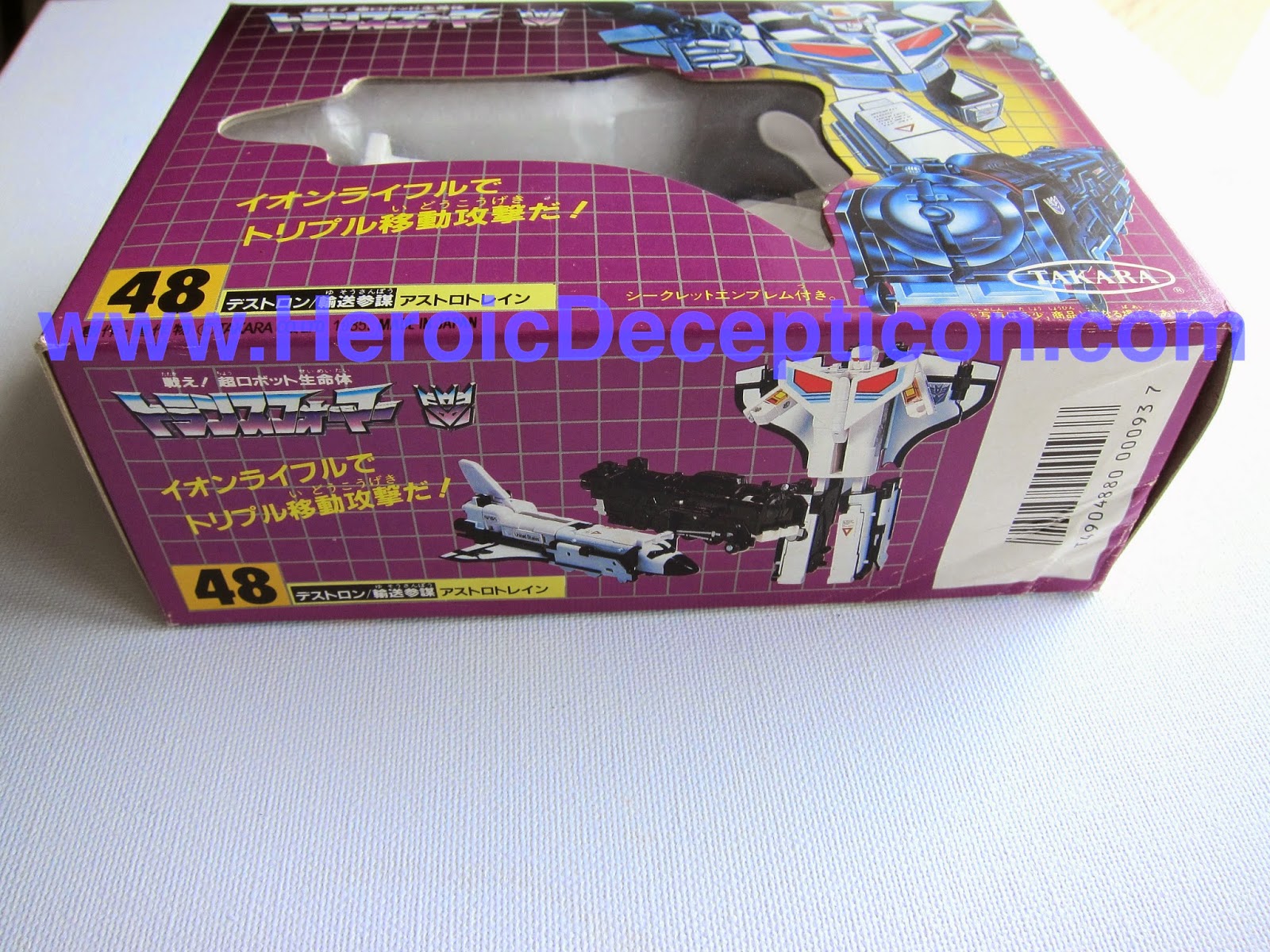 Complete with all paperworks and unused. 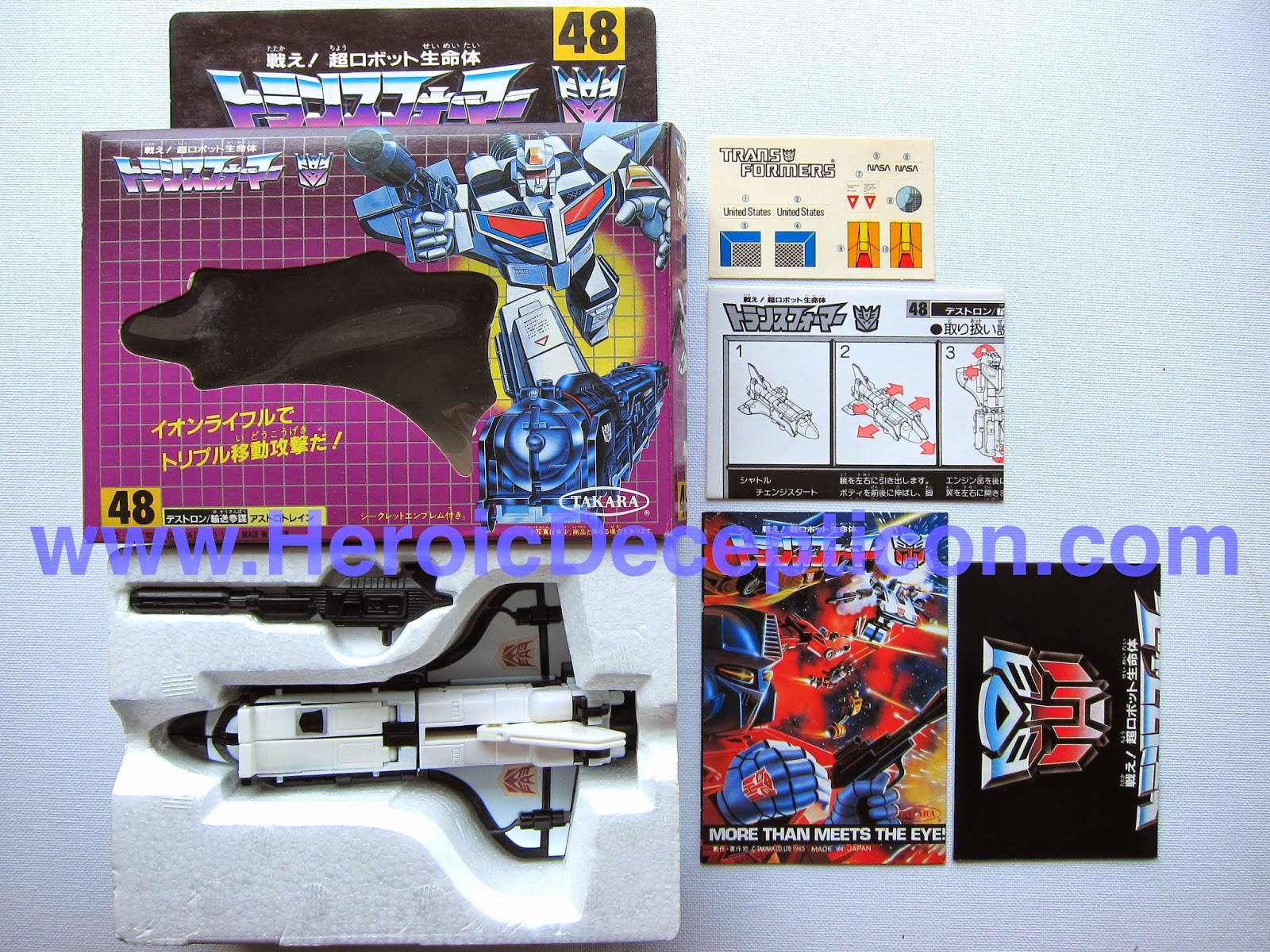 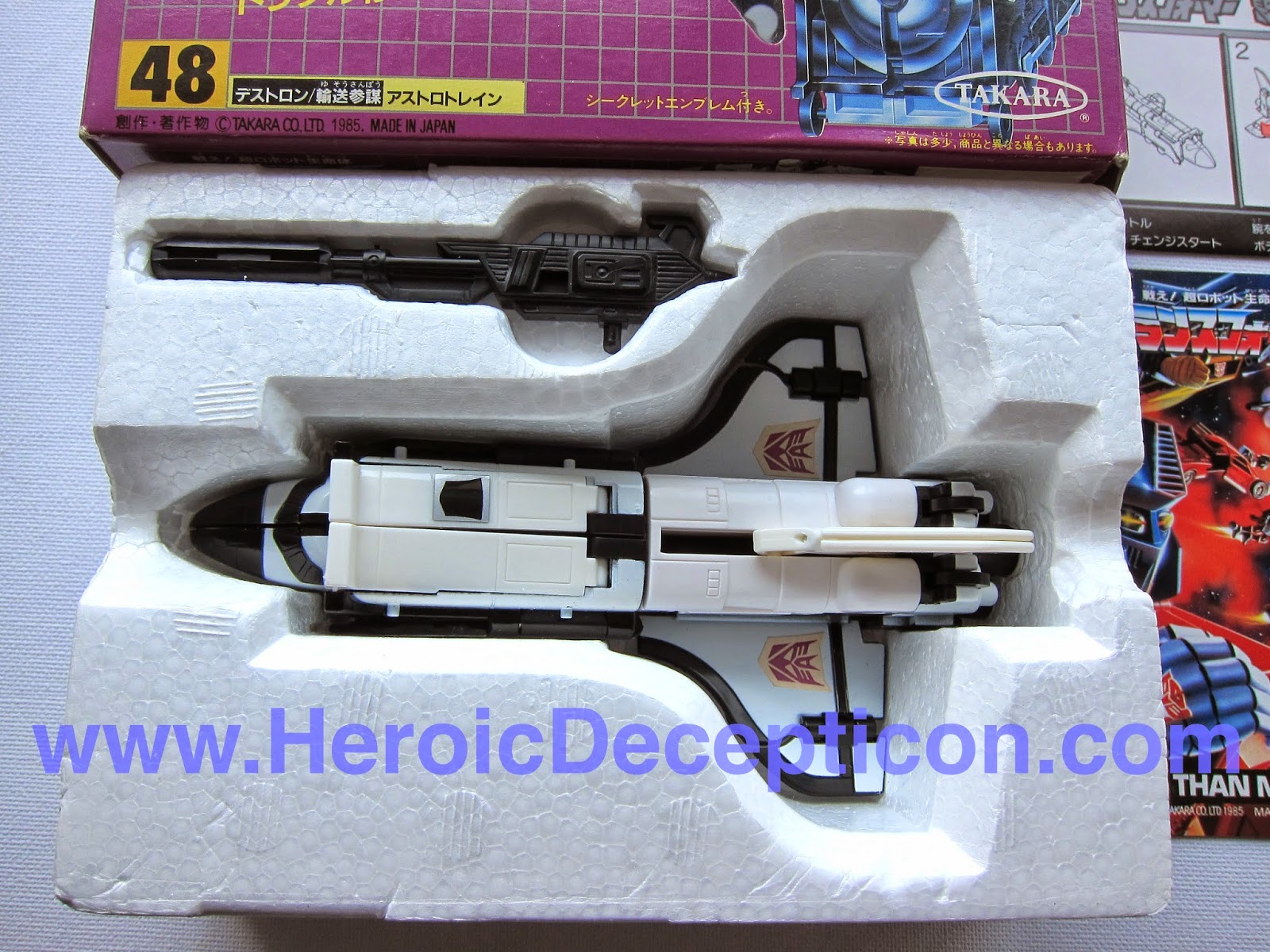 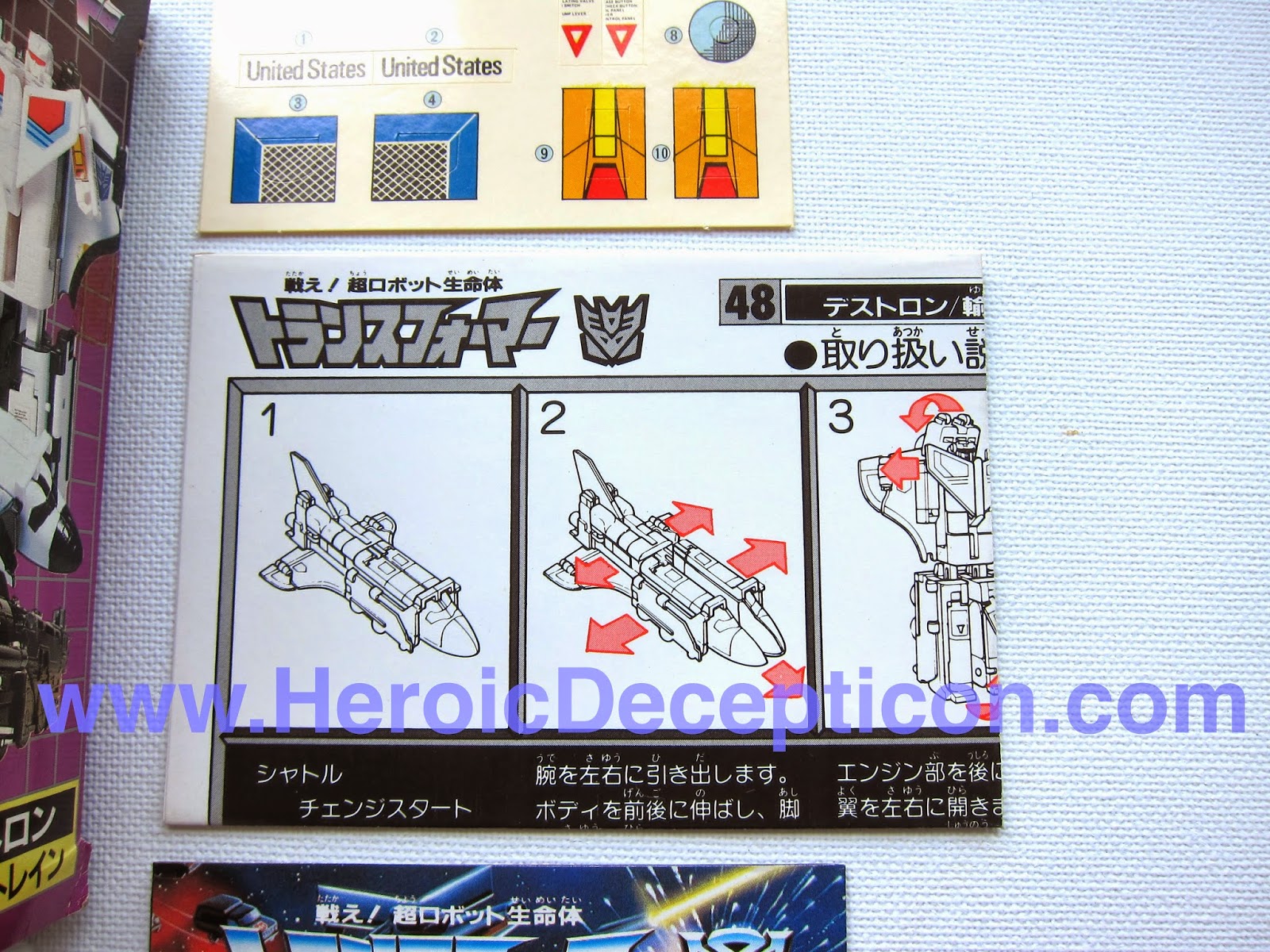 Perhaps one of the reasons this is so sought after in the past (before the reissue) is due to the authenticity of the colours - it does look like a real NASA space shuttle in terms of the colour scheme. Even the stickers (which are different from the regular coloured version) says NASA and "United States" - truely a robot in disguise! 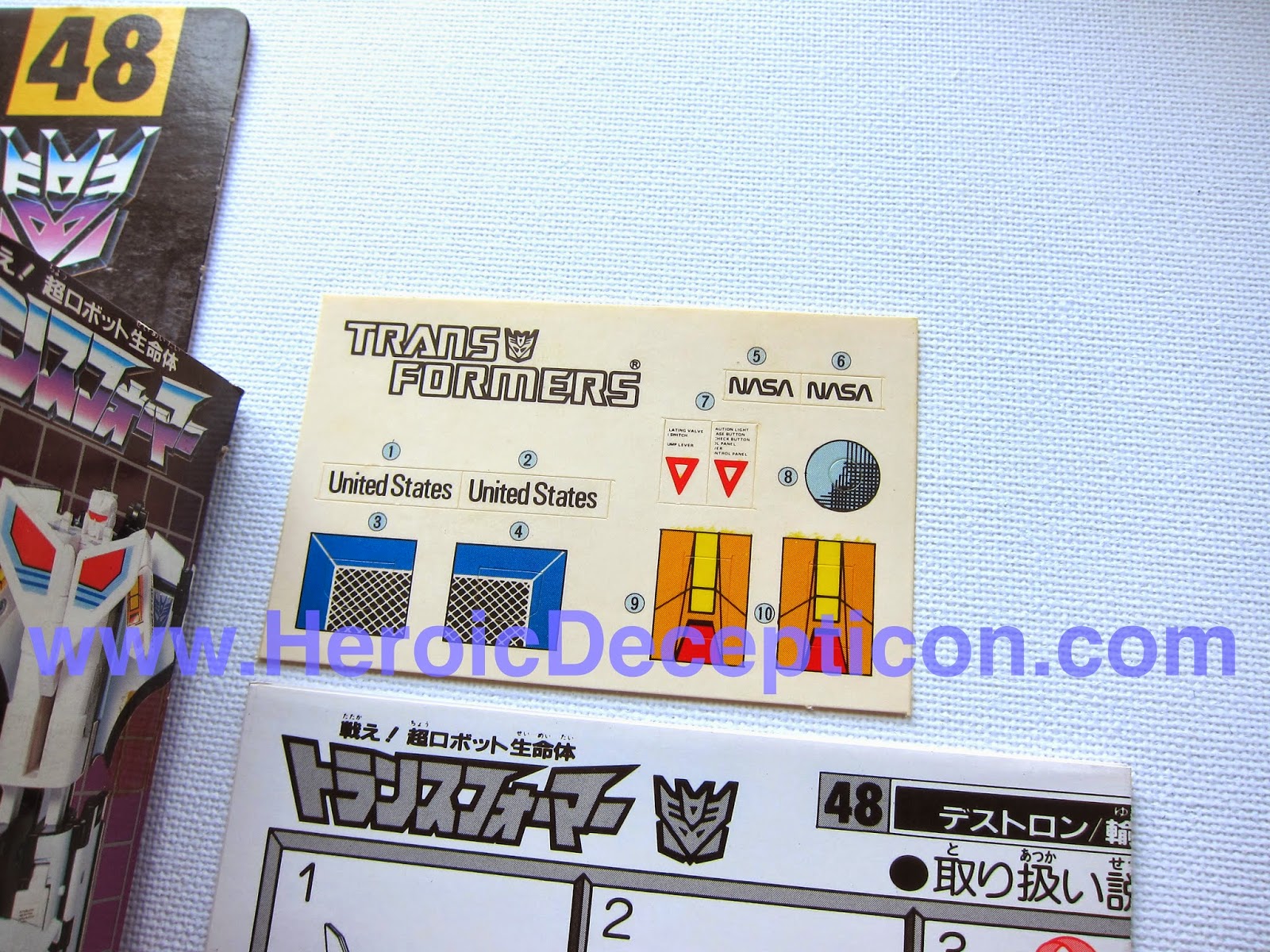 The following photos shows white Astrotrain with his fellow rare vintage compatriots. Before the deluge of reissues in the early 2000s, each of these figures were highly sought after, very rare and difficult to track down, and of course quite expensive. 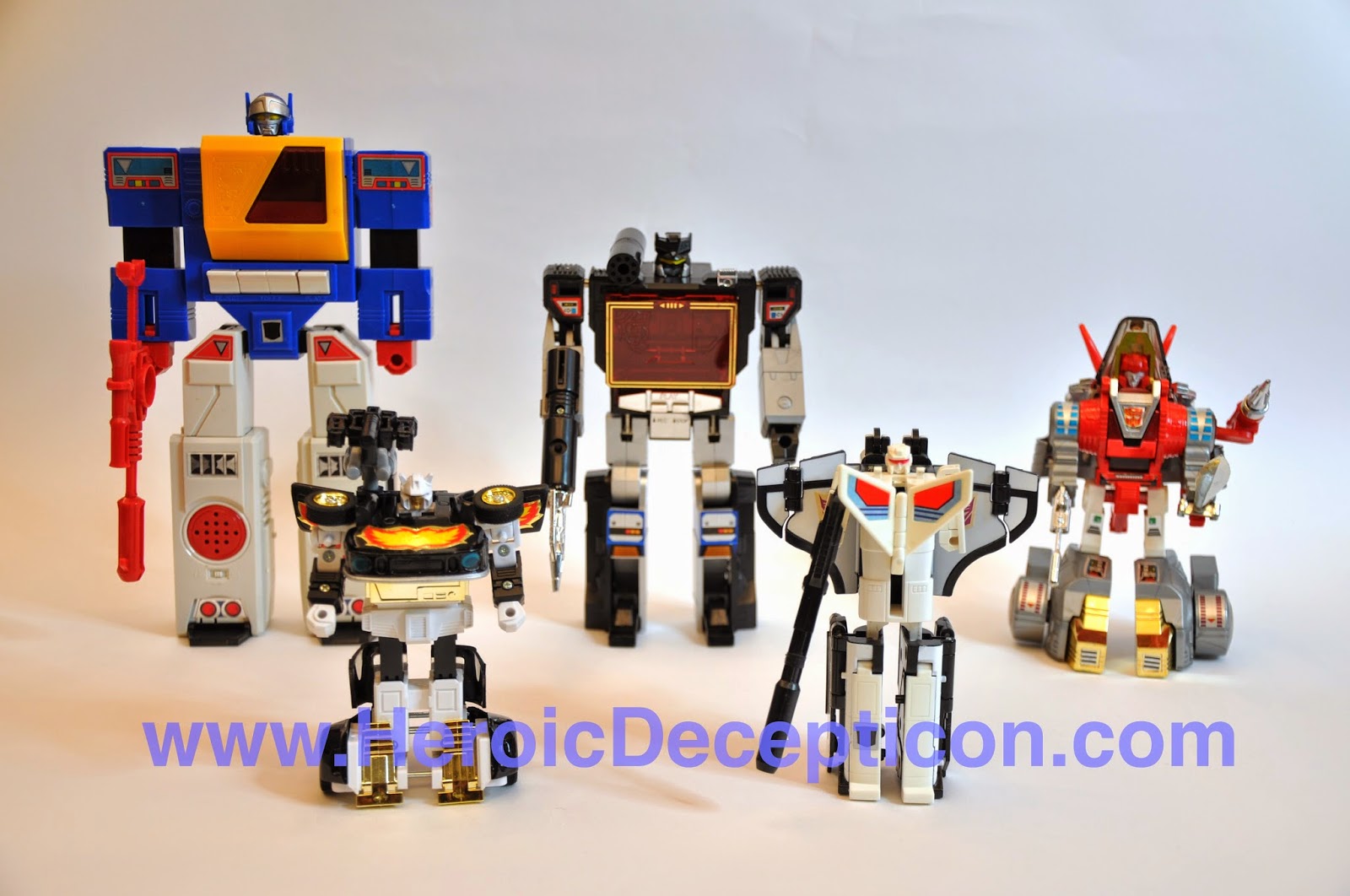 Astrotrain (white) with the rare Headmasters redecos Soundblaster and Stepper 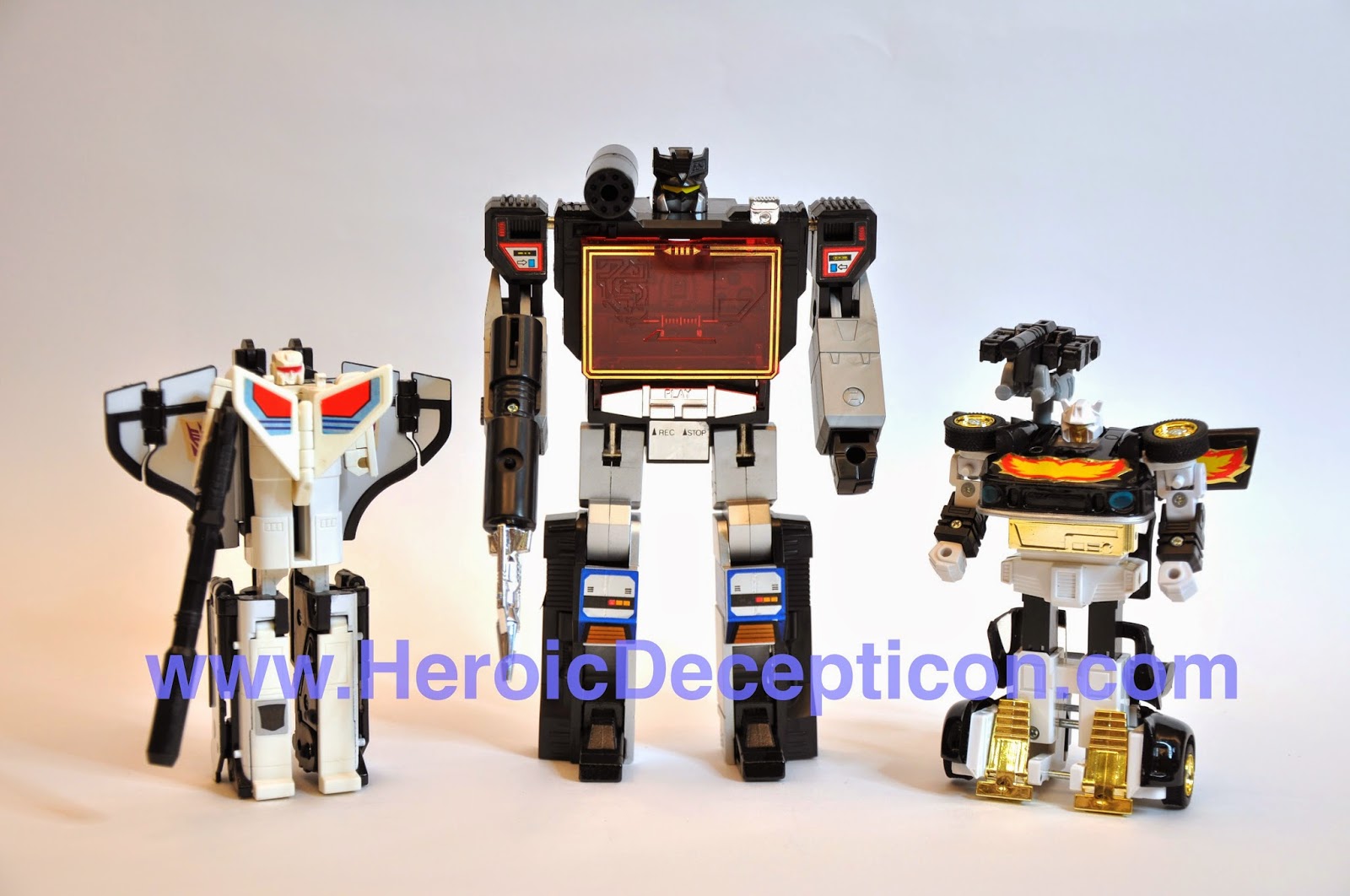 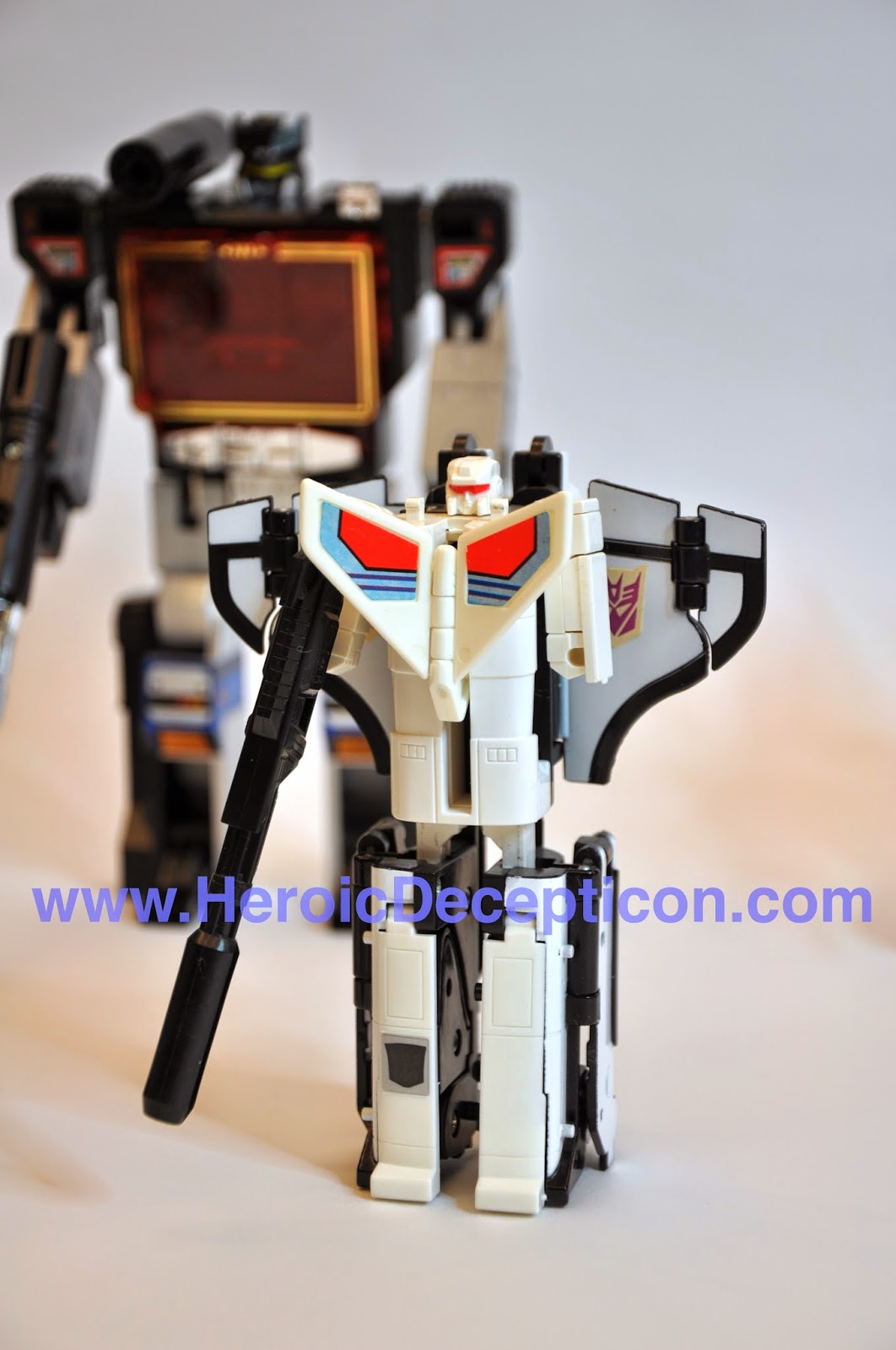 Each of the rare vintage pieces in their styro insert. 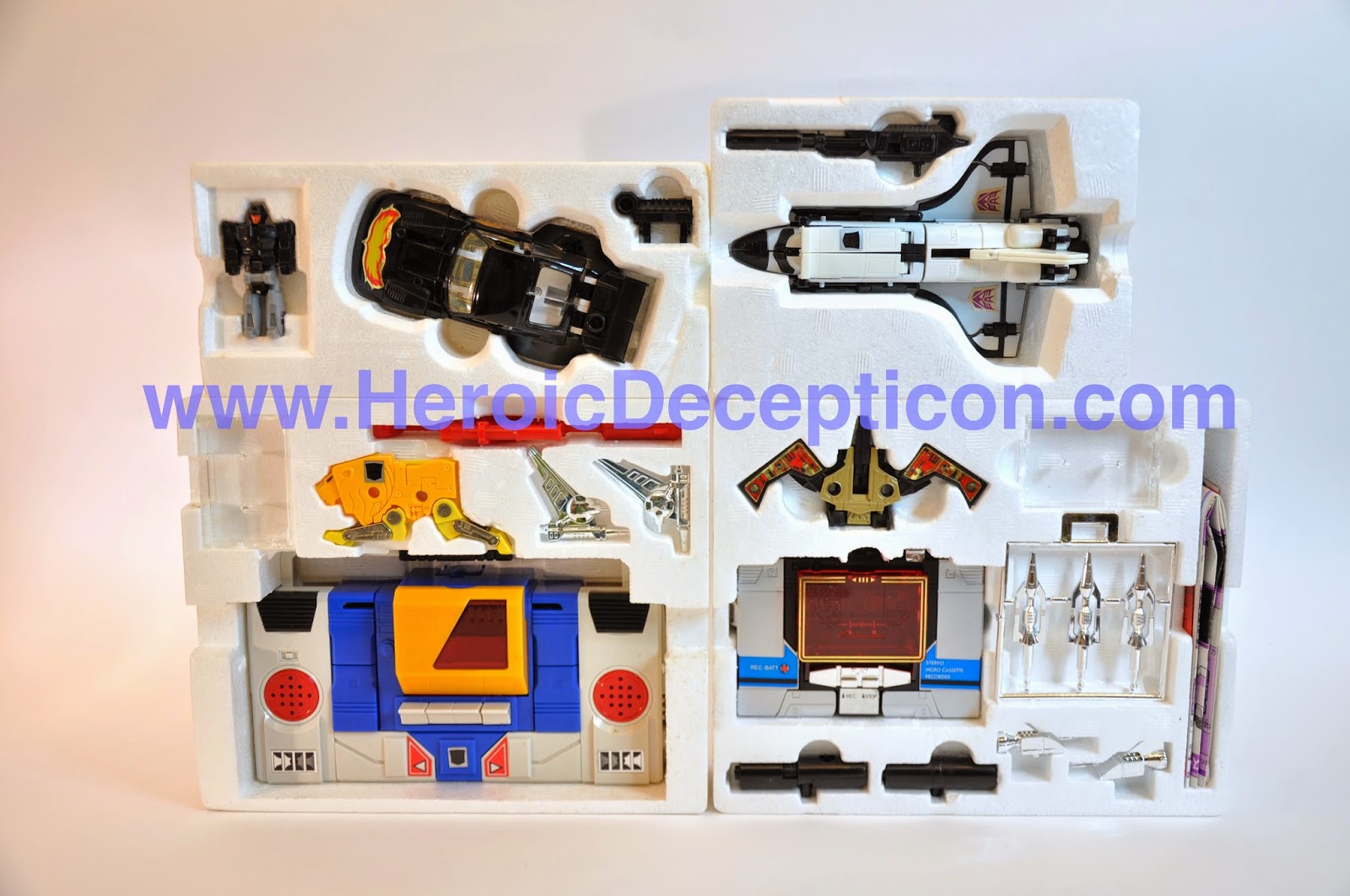 Posted by Heroic Decepticon at 22:41