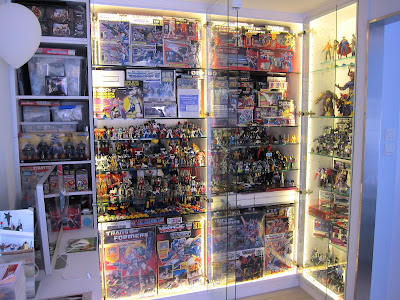 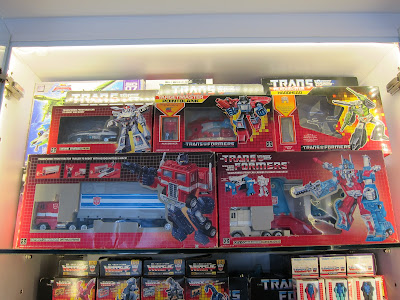 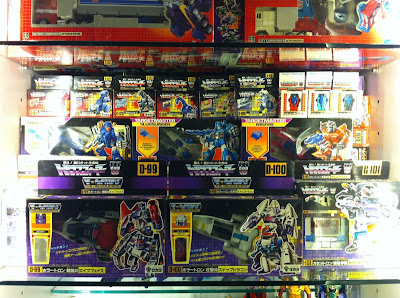 This is what the second layer from the top looks like at present. It shows a little bit of everything, really. eHobby anime accurate Astrotain, C-108: Artfire MISB, C-308: Doubleclouder MIB, D-50: Motormaster, Diaclone black Sideswipe (aka Vanguard) and pre-rub Ravage and Rumble MOSC. From this shot, you can also see that FansProject's Function X: Code has sneaked in... 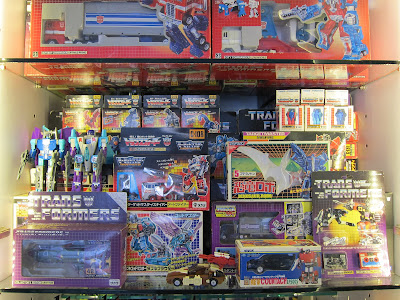 Close up of shelf pieces. 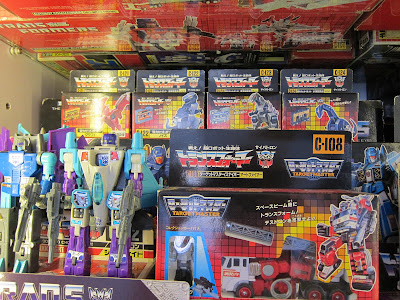 Close up of - D-50: Motormaster, Diaclone black Sideswipe (aka Vanguard) and pre-rub Ravage and Rumble MOSC. 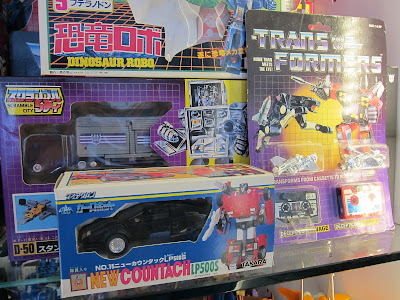 This is the next layer down, as it was previously. A preliminary display of loose pieces with jets in jet mode -the front, you can see the 6 Decepticon seekers and in the back, its the Triple Changers and Powermaster Darkwing and Dreadwind. 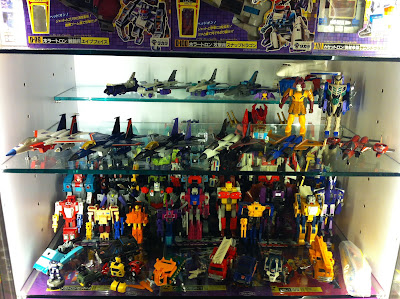 This is what it looks like now. Looks a lot more messy, but I wanted the seekers in plane mode still and have an SCF figure of each of them in robot mode. I've also started putting in the Decepticon combiners. 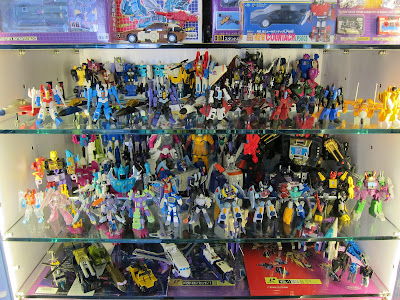 This is the part at the back of the seekers. There are Decepticon Headmasters and Headmasters Juniors, Insecticons, Clones and a TFC Starscream. 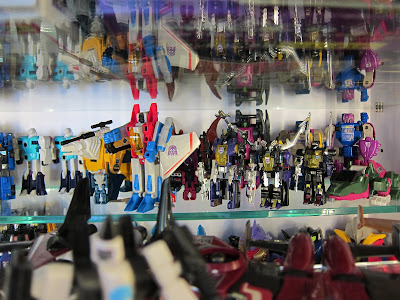 Close up of Black Zarak (this is my loose piece). 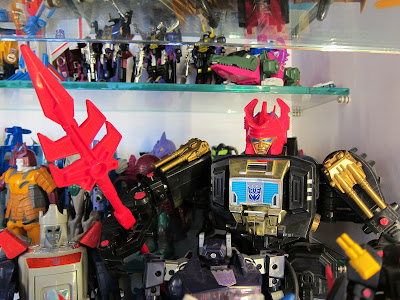 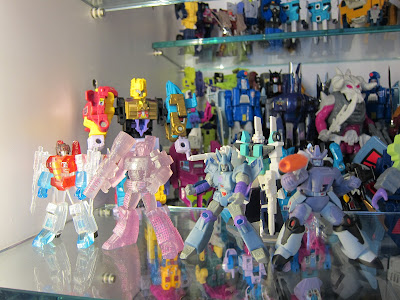 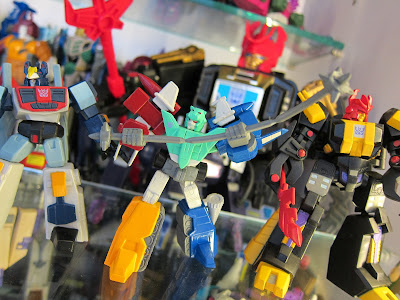 This is the third layer from the top, after some reconfiguration. Mostly, it was to make the combiners more prominent and also to bring some key characters to the forefront. I will go into more detail in the close up shots. 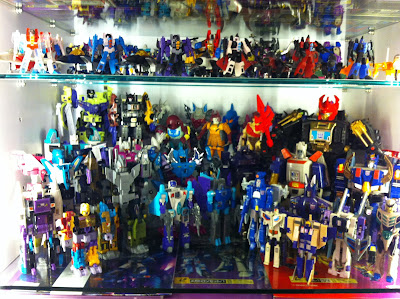 Close up. Here we can see the combiners (in background) Devastator and Menasor, then Predaking; (in the middleground) Liokaiser, Piranacon and Abominus; and (in the foreground) Monstructor. Oh, did I say that I hoped a third party company would make a third party Monstructor, that'd be awesome! 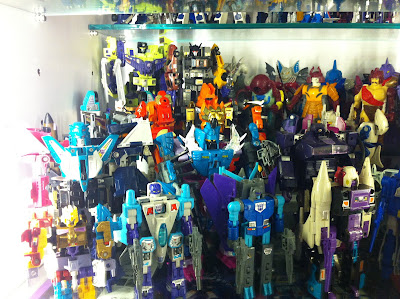 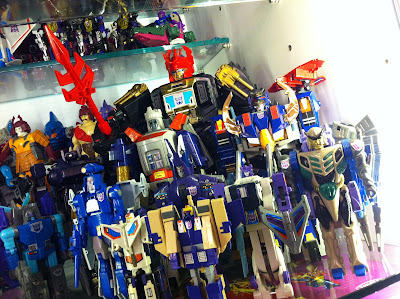 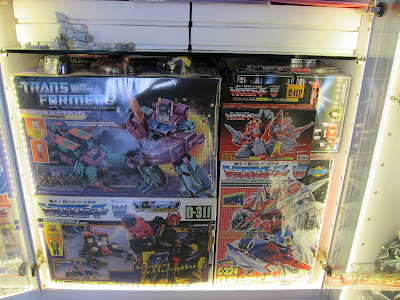 Posted by Heroic Decepticon at 15:51