MTMTE by any other name would still be the greatest Transformers comic series, ever

After 21 issues of this stella series published by IDW, I felt it was time for me to get off the couch and write something about it. Well, actually it's that and the inspiration I got from The Gassy Autobot, that made me write this.

It stands for 'More Than Meets The Eye' and is a comic series written by (the now great) James Roberts, illustrated by (the marvelous) Alex Milne, inked by (the super) Brian Shearer and coloured by (the bad boy) Josh Burcham.

They say a picture is worth a thousand words. 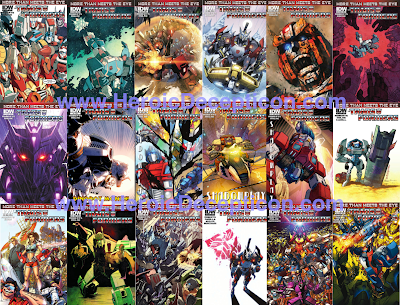 It's probably very difficult to describe how great a series MTMTE is without going into spoilers and details about plot points, dialogue and the legendary writing quality.

I could say that it is the 'best thing since sliced bread', but that wouldn't really help much either. So, here are 2 simple enough illustrations from my perspective at least...

One - I often pick it up to re-read almost immediately after finishing an issue (or a TPB). In the span of a week, I would have re-read that issue 4-5 times, including re-reading a number of randomly picked previous issues.

Two - Near about volume 3 of the TPB, I decided that this series was so good, I had to go out there an buy all the individual issues - to better experience it in its original form.

Now, the 2 points above might appear insignificant to many, however, for me, they were huge. I have been reading comics since even before 1984 and have read a lot of DC, Marvel, Dark Horse, Valiant, Image, other indie comic series over the last 30+ years. Among all of these, there has not even been a handful of incidents where I would immediately pick up and re-read an issue I have just finished. Typically, I would only pick up something to re-read after a month or 2, or, never going back to re-read stuff. For a number of previous TF series' like All Hail Megatron or Transformers (ongoing), I was inclined to just throw the TPB into the bin and never see it again (such was my frustration). To this day, I have never re-read or even flicked through any of 'All Hail Megatron' or Transformers (ongoing), except for ongoing #22 and #23, which were written by Roberts. To want to re-read MTMTE immediately, is epic for me. 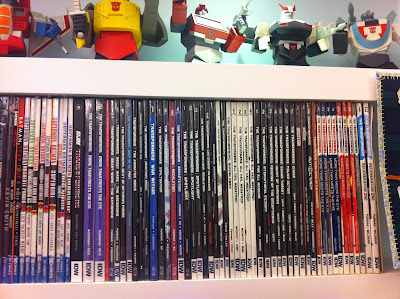 So, if you have not read MTMTE, do yourself a favour, go out there grab the issues (or TPBs) and read it.

I can't say that it will change your life, but I assure you that even if an iota of you are a TF fan, it will certainly brighten your day, bring you joy and make you come back for more. All hail Roberts (and Milne), I say!

PS: If you don't like MTMTE after reading it, I will buy you a donut for your efforts.

Next - I give my thoughts about other IDW titles (series'), both past and present, relative to MTMTE in "MTMTE is a masterpiece, but what about other IDW Transformers titles?"
Posted by Heroic Decepticon at 01:13