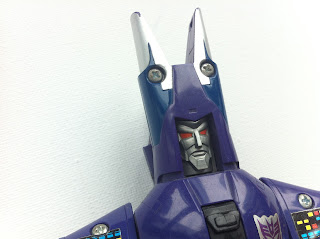 Got this from UK seller Specimen-17 awhile back, together with a job lot of Micromasters that I bought form him. Somehow, posting him onto the blog slipped through the cracks and I neglected to talk about him.

As one of the few Transformers figures that I have retained from my childhood days (D-70: Cyclonus, here), I am incredibly fond of Cyclonus as a toy. I've like him since I was young. The "Transformers Universe" profile of Cyclonus just really sparked me imagination of him being an effective, remorseless and merciless warrior that is fiercely loyal to Galvatron.

This is his Transformers Universe profile:

"Cyclonus is a huge and emotionless air-warrior metamorphosized from parts of dead Decepticons and remnants by Unicron. Like Galvatron, he derives vast resources of power and energy through Unicron and so can draw on strength in direct proportion to its need- always being able to become stronger than his opponents because of his access to the infinite reservoir of power that Unicron represents. A dedicated destructor, Cyclonus transforms into a gigantic multi-engine (and perhaps multi-wing) jet fighter. His firepower remains intact and is augmented by an incendiary bomb rack. Cyclonus is capable of an additional transformation, trimming his wings and tail back to assume a space-worthy rocket mode for interstellar pursuit and warfare. He has no personality, no interests other than conquests for the sake of Unicron, and no weakness."

Very cool, I know. That, and the fact that I think it was Skywarp, one of my favourite Decepticon seekers, that became Cyclonus, sets him heads and shoulders above other 1986 Decepticons.

Like the "painted top" Scourge, I knew of a "blue ear" variant of Cyclonus since the early 2000s, a little late in the day admittedly. However, the "blue ear" Cyclonus was, as I were to experience it, a lot rarer than a "painted top" Scourge and therefore, more expensive. It was not really affordable to me back during the Uni days, so I did not acquire him, till now.

Here is a shot of the "blue ear" Cyclonus. It's cool that this toy in particular, can strike a pose that is largely similar to his box art! I don't believe any other Transformer can lay claim to that fame. 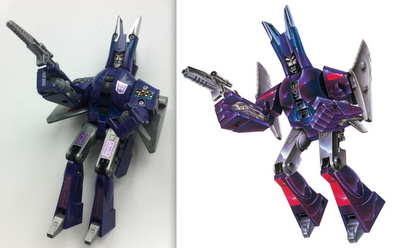 I won't go into a detailed explanation here as others have already extensively covered the differences. See this article by Maz for a lot more detail that I can provide. Below, I'll just identify the major variations. 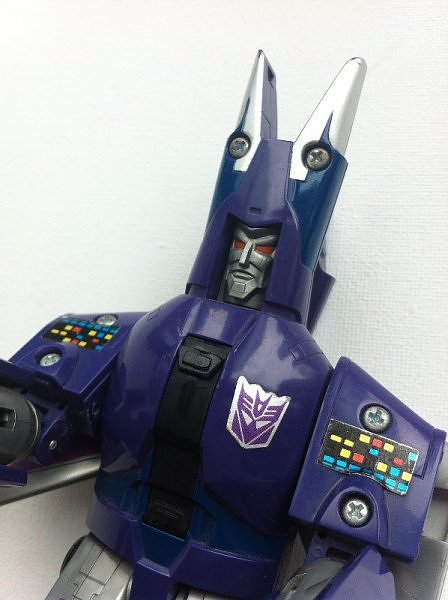 #2 - Blue painted abdomen/ belt area. Fairly self explanatory from the photo. The regular release has a body that is entirely purple, ie not painted anywhere. 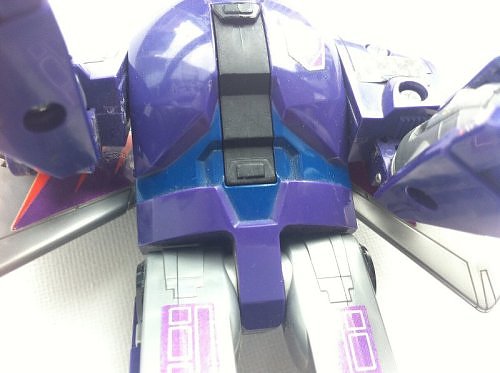 Another gratuitous shot of Cyclonus 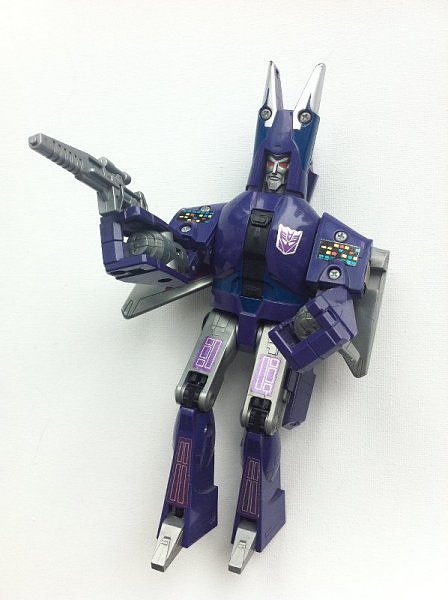 "blue ears" from another angle. 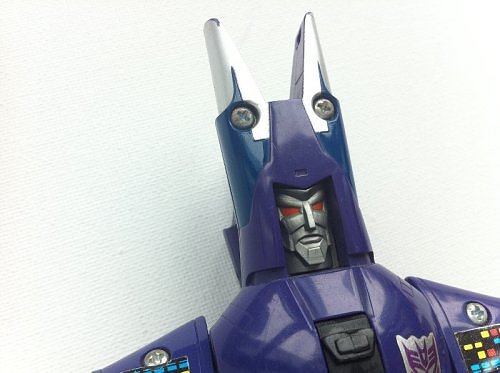 "Stand up straight or I'll have your reprogrammed to do maintenance!" 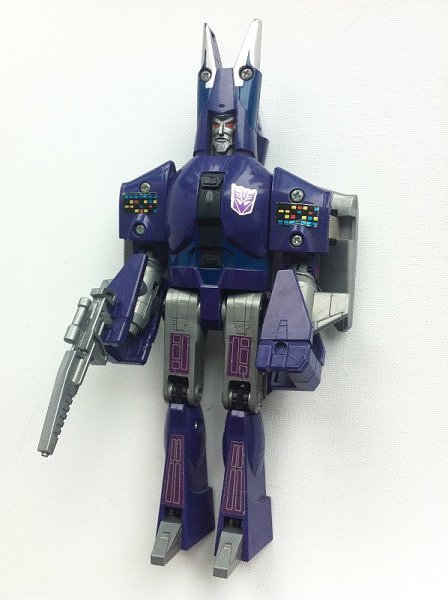 Posted by Heroic Decepticon at 11:00